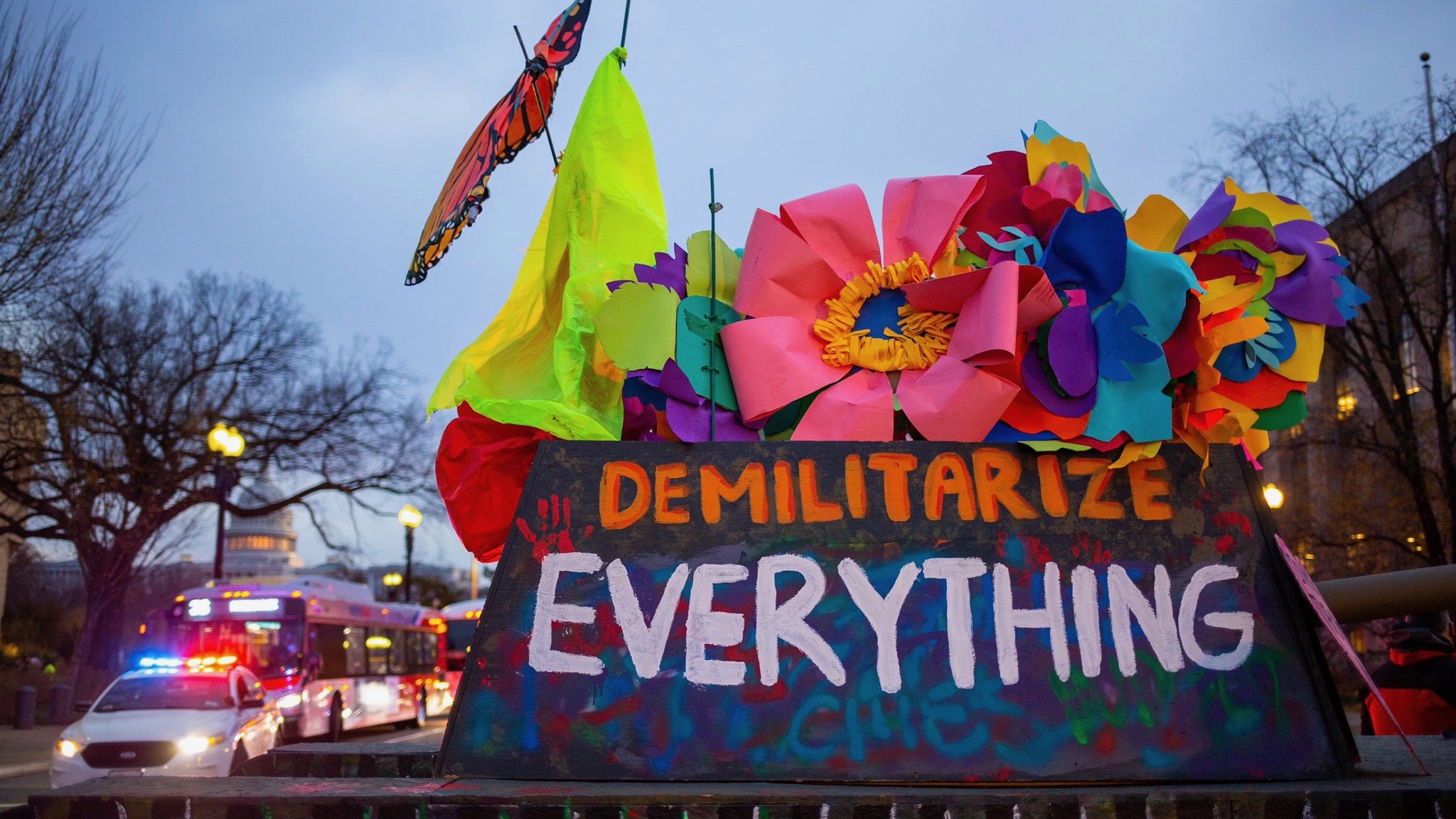 CODEPINK’s campaign to reduce the defense budget in the US. (Photo: CODEPINK/Twitter)

The US senate rejected a resolution proposing prohibition of arms sales to Saudi Arabia by a vote of 67 to 30 on Tuesday, December 7, inviting widespread condemnation. The resolution was proposed jointly by Democratic senator Bernie Sanders and Republican senators Rand Paul and Mike Lee.

A deal for the sale of advanced medium range air-to-air missiles, missile launchers and other weapons to Saudi Arabia was approved by the US state department in November. It was cleared despite the stated US policy of banning arms sales to Saudi Arabia.

The senate on Tuesday rejected the resolution on the grounds that president Joe Biden had expressed the US commitment towards the defense of Saudi Arabia which will be undermined if the deal was blocked. The weapons to be sold are manufactured by Raytheon Technologies and include Advanced Medium Range Air to Air Missiles (AMRAAM) and 596 Missile Rail Launchers, among others. The deal is worth over USD 650 million.

Following a long campaign by civil society movements and human rights groups to end all US involvement in the war in Yemen, president Biden in February had announced a ban on the sale of offensive weapons to Saudi Arabia. However, despite criticism, he declared that the US will continue supplying defensive weapons.

Activists and human rights groups have been demanding a complete ban on all kinds of weapons sales to Saudi Arabia, arguing that there is no way to differentiate between offensive and defensive weapons. They have also cited the Saudi coalition’s involvement in the war crimes in Yemen.

Reacting to the senate’s vote, anti-war group CODEPINK called the move against the popular will to ban weapons sales to Saudi Arabia, saying that it is “most profitable for those in power.” On December 8, Data for Progress published a survey that showed more than 64% of US citizens, across party lines, opposing the sale of weapons to Saudi Arabia.

Speaking in the senate during the debate on the resolution, Senator Bernie Sanders warned that if the sale of weapons to Saudi Arabia is allowed, it amounts to adding “more gasoline on already raging fire,” Middle East Eye reported.

Saudi Arabia and its allies have been waging a war in Yemen since 2015 in which hundreds of thousands of people have been killed. The Saudis are accused of carrying out attacks on civilian areas under the cover of fighting the Houthis who control the majority of northern Yemen including capital Sanaa. The Saudi-led coalition uses US and European weapons and technological aid to carry out attacks in Yemen that often lead to civilian deaths and destruction of civilian infrastructure, resulting in a massive humanitarian crisis.