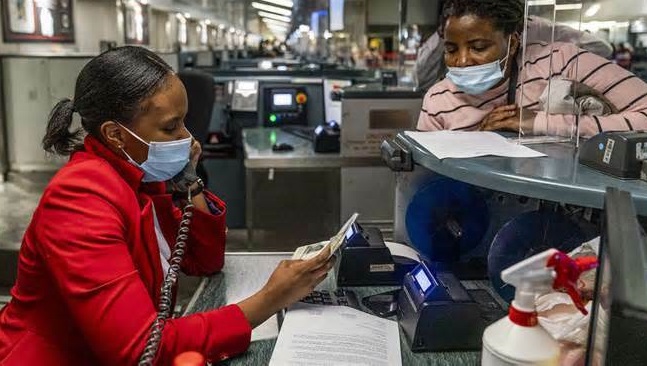 At the end of November, when scientists from South Africa alerted the health community about the identification of the omicron variant of Covid-19, rich countries were quick to shut down flights between their travel hubs and several countries in southern Africa, such as such as Swaziland, Lesotho, Malawi and Namibia – many of which had no recorded case of Omicron at that time. The same restrictions did not apply to travel between countries in the Global North despite confirmed Omicron cases in Australia, Canada and Germany. The racist dimension of the new travel measures was quickly taken up by activists and health professionals alike.

Although stricter travel control might have slowed down the spread of Covid-19 in the early phases of the pandemic, there is little proof that it is continuing to do so almost two years after the pandemic’s beginning. According to Prof. David Legge of the People’s Health Movement (PHM) Australia, one of the issues with travel bans is that their use as a public health measure has not been investigated enough before or during the current pandemic. “We should have used the earlier stages of Covid-19 to look into the public health usefulness of travel bans more, but unfortunately this wasn’t the case,” he says.

Legge explains that because of this, and given the power international trade institutions and companies enjoy, the use of travel bans essentially still depends on the interest of powerful countries and a handful of other economic stakeholders – they function more as trade regulation mechanisms than public health measures. “So the economic stakeholders are not irretrievably opposed to public health measures; it is just that their economic incentives feed into how the public health advice is adopted and implemented,” says Legge.

Travel bans and border closures are not new concepts as accepted public health measures. Be it the cholera outbreak of the 19th century or the 1918 flu pandemic, restriction of travel from affected areas was adopted though, as mentioned earlier, it also depended on the traders’ lobby of a given country. While up to 25% of countries adopted such measures during previous pandemics, nearly all countries applied it during Covid-19. However, there has been no systematic analysis of the impact of travel restrictions and border closures before or during the pandemic. There is also a lack of standardization of imposing such restrictions, leading to individual countries deciding measures as per their own whims and fancies.

The World Health Organization’s International Health Regulations (2005) commit countries to act in ways that are commensurate with public health risks and which avoid “unnecessary interference with international traffic and trade.” IHR discourages countries from imposing such restrictions if other reasonable alternatives are available. Due to lack of evidence, it is difficult to analyze such alternatives rationally. Researchers have called for developing such evidence so that developing countries are not discriminated against in the name of stopping spread of the virus.

In one of its first guidance statements on omicron, the WHO advised its member states to avoid blanket travel bans, saying that they “will not prevent the international spread, and they place a heavy burden on lives and livelihoods.” Additionally, the UN agency warned that travel bans could “adversely impact global health efforts during a pandemic by disincentivizing countries to report and share epidemiological and sequencing data” – sharing that is crucial during a pandemic.

At least in part due to the HIV/AIDS pandemic experience, scientists in South Africa recognize the importance of scientific collaboration and sharing of data, and this experience has guided them to share their knowledge of omicron with scientists in other countries. Their expertise and good faith have resulted in a backlash not only in the sense of travel bans, but questioning of their work too.

In spite of the expertise of scientists in South Africa, many rich countries already announced they would be basing their omicron public health guidance on other sources. The new German health minister, epidemiologist Karl Lauterbach, for example, said during a TV appearance that national health authorities would rely on data coming from the UK and Israel rather than South Africa. He argued that this is because the UK and Israel, unlike South Africa, offer “top-notch data” and have a higher vaccination rate than South Africa, making them more comparable to Germany – failing even to acknowledge that Germany has a lot to do with low vaccination rates in the South because of its opposition to the TRIPS waiver proposal, or that it was South African data that pointed omicron out in the first place.

The feeling that research coming from the Global South cannot meet the high standards of western science has also been perpetuated by high-profile experts in the global and public health domains. Although they were happy to use the data collected by research institutes in South Africa, they completely overlooked the possibility of following up with local researchers, which resulted in them sharing incomplete interpretations, or even outright misinformation.

On developed country privilege, and the marginalisation of the global South in much of what passes as Covid public science: a view from the South. A thread. 1/20

Undermining the end of the pandemic

But the omicron travel bans are not only indicators of prejudice against the Global South. They are also proof that rich countries still fail to grasp that the end of the pandemic depends on solidarity and sharing, rather than closing the borders and hoarding resources. In the days following the introduction of travel restrictions, South Africa was looking at a shortage of supplies needed to continue Covid-19 related research.

Tulio de Oliveira from the Centre for Epidemic Response and Innovation (CERI) in Stellenbosch, South Africa, warned a number of times that travel bans meant that CERI could soon run out of reagents needed for sequencing and research. This scenario was eventually avoided, but it could have easily turned out to be yet another instance of rich countries blocking pandemic response efforts.

Even if the worst-case scenario was avoided, as Fatima Hassan, Leslie London, and Gregg Gonsalves put it, “The emergence of the omicron variant shows the risks of vaccine inequity, and the response of the global North has been to further discriminate against and isolate the global South.”

While the UK has decided to lift the omicron travel bans, it remains to be seen when the Global North will finally accept its responsibility for making vaccines available in the whole world and act in solidarity by embracing the TRIPS waiver proposal.