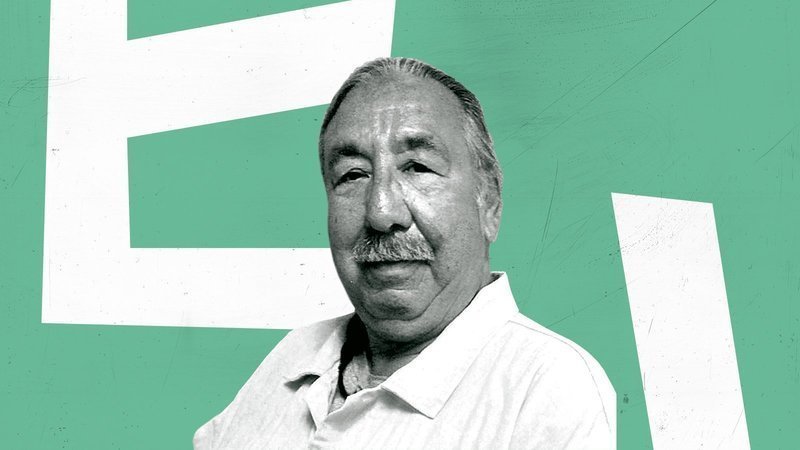 Leonard Peltier, Indigenous activist and one of the longest-serving political prisoners in the United States, has tested positive for COVID-19. Peltier, who is imprisoned at the Coleman Federal Correctional Complex in Florida, is 77 years old and has served more than 46 years for a crime that he and his supporters argue he did not commit.

Peltier suffers from diabetes and an aortic abdominal aneurysm, comorbidities that could become a death sentence for someone with COVID-19. Shortly before contracting COVID-19, Peltier published a statement, writing, “Left alone and without attention is like a torture chamber for the sick and old.” The federal prison in which he is incarcerated has failed to provide prisoners with booster shots.

High COVID-19 transmission rates have plagued US prisons since the beginning of the pandemic and has been a rallying point for protest actions by incarcerated people across the country. For the dozens of political prisoners in US prisons, the situation has been a constant threat to their survival as many suffer from life-threatening health conditions developed during their decades-long sentences.

Who is Leonard Peltier?

Leonard Peltier is an Indigenous activist who began organizing in the American Indian Movement (AIM) in the 1970s. The movement was fighting against systemic issues faced by the Native American population in the US such as racism, discrimination, police brutality, poverty, addiction, as well as issues of treaty rights and land rights.

In 1973, AIM activists had organized an occupation of Wounded Knee in the Pine Ridge Indian Reservation in South Dakota in protest of the corrupt leadership of Oglala Lakota Sioux chairman Dick Wilson and discriminatory policies from the federal government. The occupation lasted 71 days and was followed by a three-year retaliatory “reign of terror” against AIM activists and tribal members opposed to Wilson. These violent attacks and murders, 60 according to the Free Leonard campaign, were carried out by FBI-sponsored vigilantes led by Wilson, the Guardians of the Oglala Nation (GOONs).

In 1975, in the midst of the “reign of terror”, two FBI agents in unmarked cars stormed the Jumping Bull Ranch on the Pine Ridge Indian Reservation allegedly looking for a suspect in a robbery. Tensions escalated and a shoot-out ensued, with allegedly 150 agents and GOONs surrounding the ranch where Peltier and other AIM members were staying. Two FBI agents were killed as well as one Native American man, Joseph Stuntz.

In 1977, Peltier was given two consecutive life sentences for allegedly killing two FBI agents during the shootout, a crime he insists to this day he did not commit. For Peltier and his supporters, his conviction is politically motivated.

FBI documents, released after Peltier’s sentencing, revealed the FBI’s long-term plan for suppressing AIM. According to Kevin Sharp, a member of Peltier’s defense team, the Bureau’s strategy was to “continually harass and arrest and charge” AIM leaders so that they “can’t protest their own treatment.” An internal FBI memo also revealed a push to concentrate all resources on convicting Peltier, after his co-defendants had been acquitted.

Peltier’s trial was rife with misconduct. Peltier was extradited to stand trial following a testimony by Myrtle Poor Bear, who the prosecutor determined to be mentally unable to testify at trial. Poor Bear herself later recanted her testimony, citing FBI coercion. During the trial, a juror, who admitted bias against Peltier’s Native American ethnicity, was permitted to stay on the trial. Two other witnesses who recanted their testimony after the trial also claim that the FBI coerced them.

Over the years of Peltier’s imprisonment, supporters have built a mass movement around his case. International leaders such as Nelson Mandela, Pope Francis, Mother Teresa, the Dalai Lama, and Coretta Scott King have urged his release.

In July of last year, James Reynolds, a former prosecutor who helped put Peltier behind bars, sent a letter to President Biden urging for Peltier’s release. He stated, “With time, and the benefit of hindsight, I have realized that the prosecution and continued incarceration of Mr. Peltier was and is unjust. We were not able to prove that Mr. Peltier personally committed any offense on the Pine Ridge Reservation.”

Over the 46 years of Peltier’s imprisonment, the movement demanding his release has encountered many obstacles. In an unusual move, 500 active and retired FBI agents marched to the White House in December 2000, when the then president Bill Clinton considered granting clemency for Peltier. Following the rally, Clinton ultimately decided against granting clemency.

Yet, supporters remain steadfast and continue to fight for Peltier’s release. The International Leonard Peltier Defense Committee has started a petition to Biden for Peltier’s transfer to a hospital, and for clemency. “We are calling for Leonard’s transfer to a hospital immediately,” The committee writes. “Prison isolation is not care! It is subjecting him to a possible death sentence without proper medical intervention!”