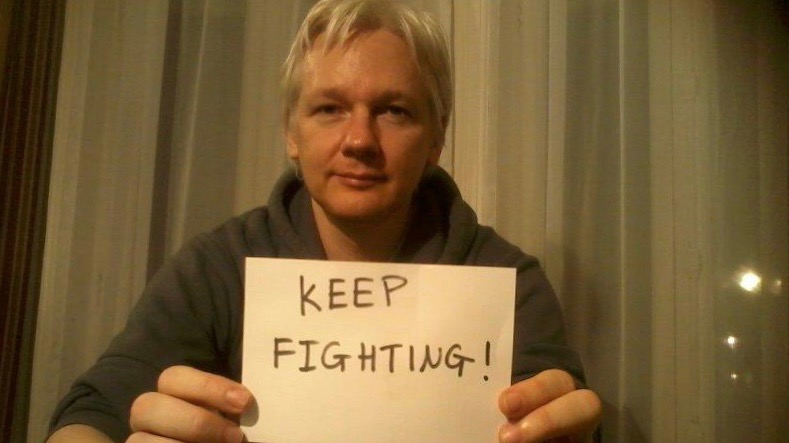 Journalist and Wikileaks founder, Julian Assange, has been nominated for the Nobel Peace Prize, as the movement calling for his unconditional release and against his extradition to the United States grows louder. Assange was nominated by several individuals, including members of parliament and former peace prize winners, responding to calls from Assange’s partner Stella Moris.

In their letter to the Nobel Committee, they explained that the nomination of Assange was “in honor of his unparalleled contributions to the pursuit of peace, and his immense personal sacrifices to promote peace for all.” They further highlighted that the work of Assange and Wikileaks has contributed to international mechanisms for truth and justice such as the International Criminal Court (ICC) which has the mission to “end impunity by prosecuting ‘the worst atrocities known to mankind’: war crimes, crimes against humanity and the crime of genocide.”

In addition to Sonneborn and Dağdelen, nominations were also filed by Markéta Gregorová and Patrick Breyer, MEPs from the Pirate Party, Sabrina Pignedoli, an Italian MEP, and several others.

The submissions, as well as statements by his supporters worldwide, highlight Assange’s contribution to global peace through publications of classified documents by Wikileaks on war crimes, torture, and human rights violations by the United States and its allies in Iraq and Afghanistan.

These nominations make Assange eligible for consideration for the shortlist for the prize that would be prepared between February and March. Calls for Assange to be considered for the Nobel Prize have been made several times for over the past decade.

The Nobel Committee does not make the complete list of nominees or the shortlist public, and only releases them 50 years after the nominations are made. In recent years, peace prize nominators have been publicly announcing their submissions and official confirmations, which brings increased public and media attention to the nominations process.

Before this year’s nominations, Assange is known to have been nominated at least twice. Once in 2011, when Norwegian parliamentarian Snorre Valen made a submission, and once in 2021, by Nobel Peace Laureate Mairead Maguire, who submitted his name along with Chelsea Manning and Edward Snowden.

In her submission Maguire had argued that the “Nobel Committee could protect and help save the lives of these three Champions of Peace by awarding them the 2021 Nobel Peace Prize. By doing so the Committee would honor the will of Nobel, in acknowledging true heroes of Peace.”

Snorre Valen had argued in his submission that “Wikileaks have contributed to the struggle for those very values globally, by exposing (among many other things) corruption, war crimes and torture — sometimes even conducted by allies of Norway.”

As the US extradition attempt continues in UK courts and Assange remains detained without charge in a high security prison in Belmarsh, supporters have called out the Nobel Committee’s repeated “omission” of Assange and the whistleblowers of US war crimes.

While the Nobel Peace Prize has been criticized in the past for different forms of bias, the Nobel Committee’s oversight of Assange’s work was further highlighted last year, when the Nobel Peace Prize was awarded jointly to Philippines’ Maria Resa and Russia’s Dmitry Muratov, who received the award for their “efforts to safeguard freedom of expression” in 2021.

It is also notable that Assange’s nomination in all three instances received almost no coverage in the mainstream media, even as other prominent nominees for the prize have been listed in reports on known submissions.

Meanwhile, Assange is fighting a long-drawn legal battle, as he appeals against a British High Court verdict in December 2021 sanctioning his extradition to the US. If extradited Assange will face 18 charges of espionage and cybercrimes that together carry 175 years of maximum prison sentence.