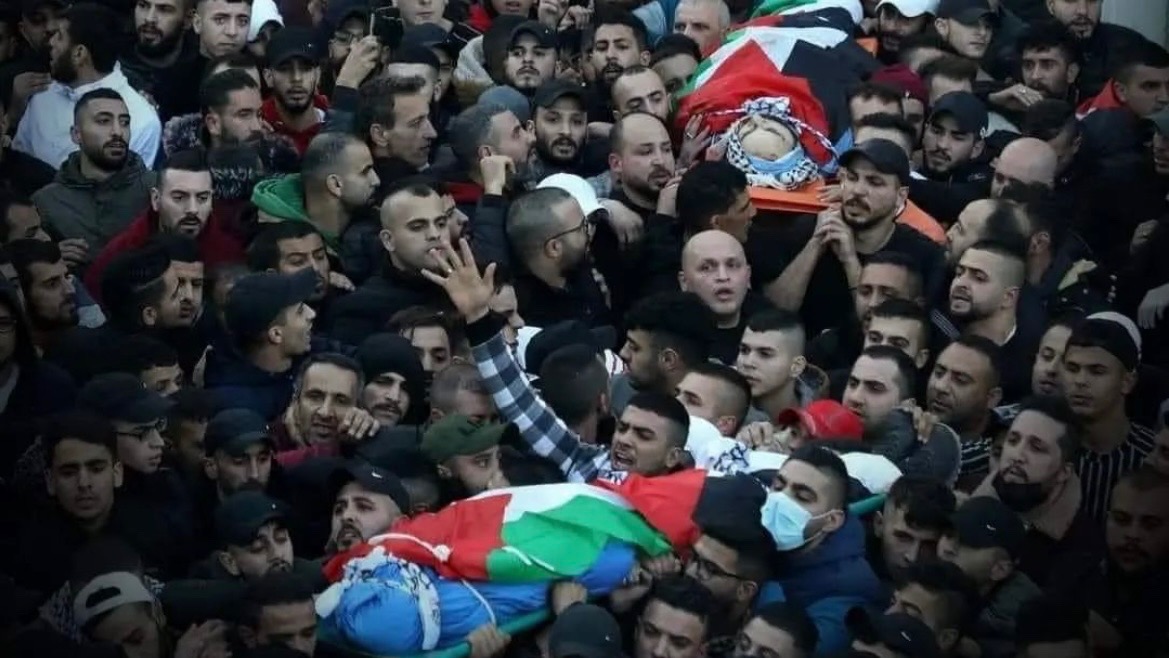 Continuing with its policy of extrajudicial executions, Israeli security forces entered Nablus in the occupied West Bank and killed three Palestinians traveling in a car on Tuesday, February 8. The three killed were members of the Fatah party, a constituent of the Palestine Liberation Organization (PLO).

Israeli forces entered the Al-Makhfieh locality of Nablus city in a civilian vehicle and opened fire on the car carrying the three passengers, according to eyewitness accounts as reported by several media outlets. The pictures of the car show multiple holes caused by several rounds of firing. The Palestinians who died were identified as Ashraf Mubaslat, Adham Mabrouka and Mohammad Dakhil, according to Palestinian news agency Wafa.

The Occupation Forces snuck into Nablus in a Palestinian bus and assassinated 3 Palestinian men in broad daylight. This is where the apartheid analysis falls short: the colonial Zionist project in Palestine has always been about eliminating the natives and their resistance. pic.twitter.com/6Ci6oifPSR

The Palestinian Authority (PA) has condemned the killings and called it “assassination.” It has demanded an international inquiry into the incident and issued a statement holding Israeli prime minister Naftali Bennett “fully and directly responsible for this crime.” The PA also urged the UN to live up to its mandate and take steps to protect the lives of Palestinians. It demanded that the US pressure Israel to stop such criminal acts, Wafa reported.

Human rights groups and activists also condemned the killing of the three Palestinians by the Israeli security forces. Some questioned the logic offered by Israeli internal security agency Shin Bet which claimed that the Palestinians killed were “militants” responsible for several incidents of shooting on security forces in the area.

Activists countered the Israeli claims and called the killings a blatant violation of due process as none of those killed were implicated or tried. The manner of the killings also highlights the excessive and disproportionate use of force by an occupying authority and is an example of extrajudicial executions.

Extrajudicial execution is a crime that Israel commits regularly with impunity and boasts about without an ounce of shame or concern over accountability. This video by a Nablus resident today documents cold blooded murder of 3 Palestinians by Israeli soldiers using civilian 🚖 pic.twitter.com/8QnQniAxZK

The three Palestinians were members of the largely defunct Al-Aqsa Martyrs Brigade associated with the Fatah Party. Thousands of Palestinians participated in their funeral procession later in the evening.

Palestinians in Nablus city and the entire West Bank observed a general strike on Wednesday to protest the killings.

Photos | A general strike is observed in #Nablus city in mourning of the three Palestinian martyrs who were assassinated by the Israeli occupation forces, according to local sources. pic.twitter.com/gT2pCGjbiD