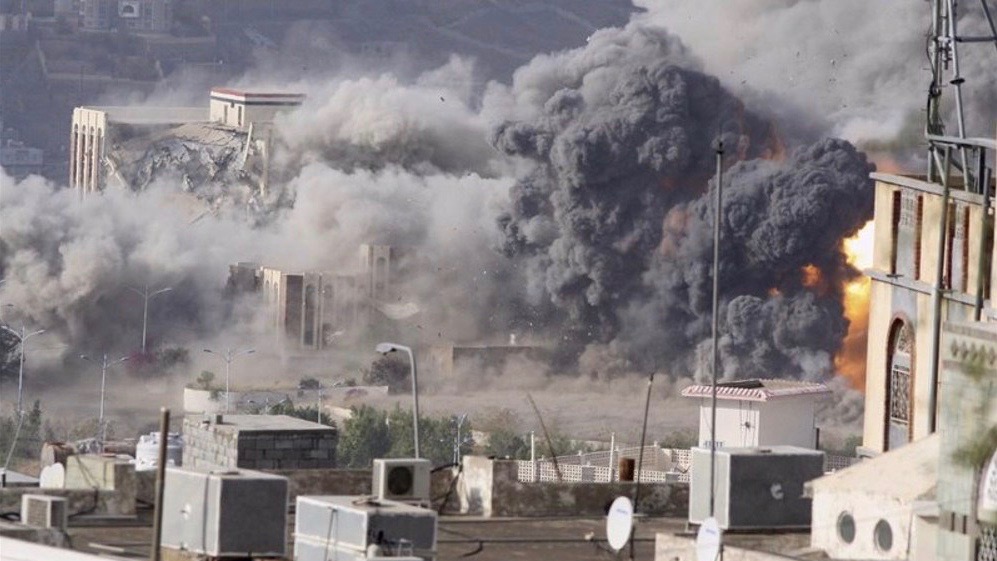 According to the Norwegian Refugee Council (NRC), the total number of Yemenis killed in the ongoing war has doubled since the withdrawal of UN-mandated international monitoring of the human rights situation in the country in October last year. The NRC in a press release on Thursday, February 10, demanded the immediate restoration of such a mandate to ensure accountability of the parties responsible for committing human rights violations.

The data collected by the NRC, which is involved in providing humanitarian relief in war-torn countries including Yemen, states that the number of civilians killed or injured four months prior to the end of international monitoring was 823. In the four months since, the total number of civilians injured or killed went up to 1,535.

The withdrawal of UN human rights monitoring also coincided with an increase in airstrikes by the Saudi Arabia-led coalition in Yemen. According to the NRC, the number of airstrikes has multiplied by 39 times since October. Similar conclusions were made by the Yemen Data Project. According to them, 2021 ended with “224% month on month increase in civilian casualty from the 16 months high in November.”

According to the Yemen Data Project, both December and January have seen massive increase in airstrikes and civilian casualties inside Yemen, with January being the “most violent month in the air war in over 5 years.” At least 139 civilians were killed and 287 were injured in the air raids carried out by the Saudi-led coalition, taking the total deaths in such strikes since 2015 to over 19,000.

Latest Saudi coalition airstrikes data: January was the most violent month in the air war in over 5 years. 139 civilians were killed and 287 injured in airstrikes in January, taking the civilian casualty toll in Saudi-led bombings to over 19,000 since 2015 https://t.co/F4stzSOyUF pic.twitter.com/dFj4XnOwb2

The Yemen Data Project also concluded that the total number of Yemenis killed in January 2022 in the coalition airstrikes is higher than the last two years combined.

Group of Eminent Experts on Yemen

Following a global outcry on the human rights violations and war crimes being committed in Yemen, the UN Human Rights Council set up the Group of Eminent Experts on Yemen (GEE) in September 2017 to investigate these allegations and prepare a report. The GEE submitted a detailed report in 2018 claiming that all sides in the war have committed human rights violations. In 2020, it recommended war crimes proceedings in the International Criminal Court (ICC) .

Despite not being a member of the UN Human Rights Council, Saudi Arabia allegedly lobbied against a resolution to extend the mandate of the GEE in October 2021. Various other countries including Russia and China opposed its extension following allegations of bias and misrepresentation of facts in its previous reports. The GEE was considered as the only international mechanism to monitor human rights violations and war crimes in Yemen.

Since its abandonment, the Saudi-led coalition has increased airstrikes inside civilian areas in Yemen. It is reported that human rights violations from the Houthis also increased in the aftermath of the GEE’s removal.

Demanding that the GEE should be reinstated, Erin Hutchinson, country director of the NRC, claimed that removal of the GEE has taken us back to “unchecked, horrific violations” without any accountability.

The war in Yemen started after the Saudi-led coalition, backed by the US and the UK, intervened against the Houthi takeover of power in 2015. The war and subsequent land, air and sea blockade imposed on Yemen by the Saudi-led coalition has led to the deaths of hundreds of thousands of people and created the “world’s worst humanitarian crisis of the century,” according to the UN. Millions have been pushed into starvation, forced displacement, and death due to lack of adequate medical supplies.