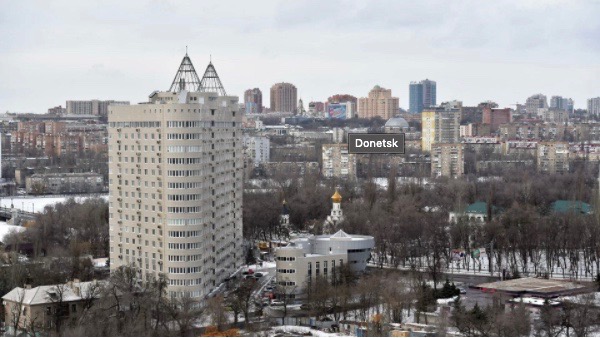 Russian president Vladimir Putin on Friday, February 25, said that he is prepared to send a delegation to Minsk to discuss Ukraine’s neutrality, media reports said. This follows a call by Ukrainian president Volodymyr Zelenskyy who urged Putin to sit down for talks even while calling on the people of the country to keep fighting. Meanwhile, media reports say fighting is taking place around Ukraine’s capital Kiev, as well as other cities in Ukraine.

Earlier, Zelenskyy said that at least 137 people, including civilians and military personnel, have been killed and hundreds others wounded in Ukraine so far in the ongoing Russian offensive. Zelenskyy also continued to ask for harsh international sanctions against Russia.

Meanwhile, local officials claimed that at least two civilians were killed in Donetsk republic due to heavy shelling by Ukrainian forces in civilian areas.

According to the statement issued by the Ukrainian government, Russian troops have captured the Chernobyl region in the northern part of the country.

On Thursday, the local administration in Ukrainian capital Kiev ordered a night curfew in the city following massive explosions. The Ukrainian authorities stated that the explosions were caused due to interceptors hitting an enemy rocket. Some news reports claimed that it was a Russian aircraft that crashed into a building after being hit by the interceptor.

The war has already caused the displacement of over 100,000 people, according to the UN refugees agency. Ukrainian officials also claimed that Russian troops have started attacking Kharkiv, the second largest city in Ukraine, located near the Donbass region.

Russian troops entered Ukraine on Thursday after president Vladimir Putin ordered a “special operation” to prevent the Ukrainian forces from attacking the Donbass republics. He stated that the move is also for “demilitarization” and “denazification” of the country. The European Union, the US and other NATO members have called it a “full fledged invasion” of Ukraine and announced fresh sanctions on Thursday.

Citing security threats due to NATO’s eastward expansion and its military deployment near its borders, Russia has long been demanding assurances from the US and NATO that they will halt their expansion and Ukraine will never be a part of the bloc. Both Ukraine and NATO have failed to give any such assurance to Russia and even claimed that such demands are non-negotiable.

Maria Zakharova, spokesperson of the Russian foreign ministry, in an interview to RT blamed the West for ignoring Ukrainian violence in the Donbass region for the last eight years and forcing Russia to intervene. She reiterated president Putin’s claims that that “main objective is to stop the escalation of the war that’s been going on for eight years, and to stop the war.”

Hundreds of people took to the streets in Moscow, Saint Petersburg, and other cities in Russia on Thursday evening opposing the war in Ukraine and calling for an end of hostilities. Russian security forces detained hundreds of the protesters citing COVID-19 protocol violations and “breaches of public order.” The protests were backed by Russia’s opposition parties.