Bolivian President Luis Arce with Vice-president David Chocquehuanca, among other government ministers and members of parliament, during the commemoration of the Battle of Calama on March 23. Photo: Luis Arce/Twitter

On March 23, 1879, Chilean army, backed by the British Empire, invaded Bolivia’s Litoral department on the pacific coast, killed Bolivian General Eduardo Abaroa, defeated his soldiers and took possession of the Antofagasta and Calama coastal regions, leaving Bolivia landlocked. Every year, Bolivians hold solemn acts throughout the country to pay homage to the lost sea and the war hero Eduardo Abaroa, who refused to surrender and bravely fought to the end hundreds of Chilean troops with a smaller group of soldiers, defending the Topáter bridge.

This March 23, the annual commemoration began with a floral offering at the statue of the Hero of Topáter, Eduardo Abaroa, at the Abaroa Plaza in the capital La Paz. It was followed by a short Te Deum and parades by military and school children. President Luis Arce, Vice-president David Choquehuanca, along with government ministers, members of parliament and security authorities, presided over the acts.

President Arce, in a strong address to the nation, criticized that “the Bolivian coastline has been an immeasurable source of resources that has served to boost the Chilean economy, while this situation has generated economic damage for Bolivia that it suffers daily in its international trade.” He added that “the consequences of this confinement are not only economic, but also political, social and cultural.” He stated that “the loss of our maritime quality and the existence of dominant classes with foreign and colonial thinking and behavior reinforced our position as a dependent capitalist country.”

The head of state stressed that “the right to the sea of Bolivia is inalienable and imprescriptible.” In this regard, President Arce added that “the reestablishment of diplomatic relations (with Chile) can only happen through a solution to the pending maritime issue.”

The president said that “Bolivia and Chile have greater opportunities if they work together, overcoming the discourse of past centuries and advancing in the diplomacy of the people, generating dialogues in good faith.” He added that “Bolivia and Chile have much to contribute to Latin American and Caribbean integration, the construction of a new history in our region, and the construction of a multipolar world in which there is no single hegemonic nation.”

The president of the plurinational state called on his Chilean counterpart to endorse the words of former Chilean president Salvador Allende that “Chile has a century-old debt with Bolivia and we are ready to take a historic solution. Bolivia will return sovereign to the Pacific coasts.”

President Arce concluded his message, stating that “we are sure that sooner rather than later, the injustice of our confinement will be rectified and we will reconstitute our ancestral and sovereign relationship with the seas, a right with which we were born as Bolivia, and which we will never give up.”

On #DíaDelMar, Bolivia calls on Chile to honor the words of Salvador Allende by restoring its peoples' ancestral access to the sea which predates colonization. pic.twitter.com/daUoulGuvZ

The Battle of Calama

The Battle of Calama was the first battle in the War of the Pacific, fought between Chile and a Bolivian-Peruvian alliance between 1879 and 1884. The war began when the Bolivian government raised taxes on Chilean and British joint mining companies operating in the Litoral department. When the companies refused to pay the new tax, the Bolivian government moved to nationalize the mines. In response, Chile declared war on Bolivia, which lasted five years, killing 18,000 Bolivians and invading 120,000 square kilometers of territory, with abundant natural resources, and 400 km of coastline on the Pacific Ocean. The Chilean army also invaded various parts of Peru, who had sent troops to support Bolivia. Chile occupied Peru’s capital city Lima for over a year, but later agreed to withdraw and settle for the seizure of Peru’s southern regions such as Arica, Pisagua and Iquique.

In 1904, a peace agreement was signed and Bolivia officially ceded its coastal territories to Chile in return for tax-free access to Chile’s Arica port and the construction of the Arica-La Paz railroad network. In 1920, a Bolivian delegation requested the newly created League of Nations, the forerunner of the current United Nations, to review the treaty signed 16 years ago. However, the request ended unsuccessfully the following year. Since then, in the past 102 years, Bolivia has made numerous efforts to persuade Chile to revise the treaty and Chile has continued to resist it. Bolivia has accused Chile of not complying with the promises and obligations to provide sovereign access to a port and land corridor to the sea. In 1978, Bolivia broke diplomatic relations with Chile due to the failure of negotiations seeking a solution to the sovereignty over the maritime territory lost at the Battle of Calama.

In recent decades, the government of former president Evo Morales also made attempts to negotiate with Chile on the matter. In 2006, Morales and Chilean president Michelle Bachelet began a round of negotiations. In 2011, a meeting between foreign ministers of the two countries was held in La Paz to discuss Bolivia’s maritime demand, but ended without results.

In 2013, after former Chilean President Sebastian Piñera refused to dialogue, Bolivia filed a lawsuit in the International Court of Justice (ICJ) seeking to force Chile to come to the negotiating table on the issue. In 2015, that court declared itself competent to address the lawsuit and the trial began. After the process, in 2018, the court ruled that Chile did not have the legal obligation to negotiate sovereign access to the Pacific Ocean for Bolivia. Despite the clear ruling, the ICJ invited both countries to voluntarily conduct a dialogue “in a spirit of good neighborliness” to find a solution to the Bolivian demand.

The inaccessibility to the sea has caused great economic and social losses to Bolivia. It is estimated that lack of access to the sea deprives Bolivia of 1% in annual economic growth. Nevertheless, for Bolivia, it is not only a territorial dispute and a matter for economic growth, but a political battle to roll back the hidden legacy of British imperialism in Latin America. The government of President Luis Arce hopes to resolve the issue with the new government of President Gabriel Boric, given the ideological closeness between their administrations. 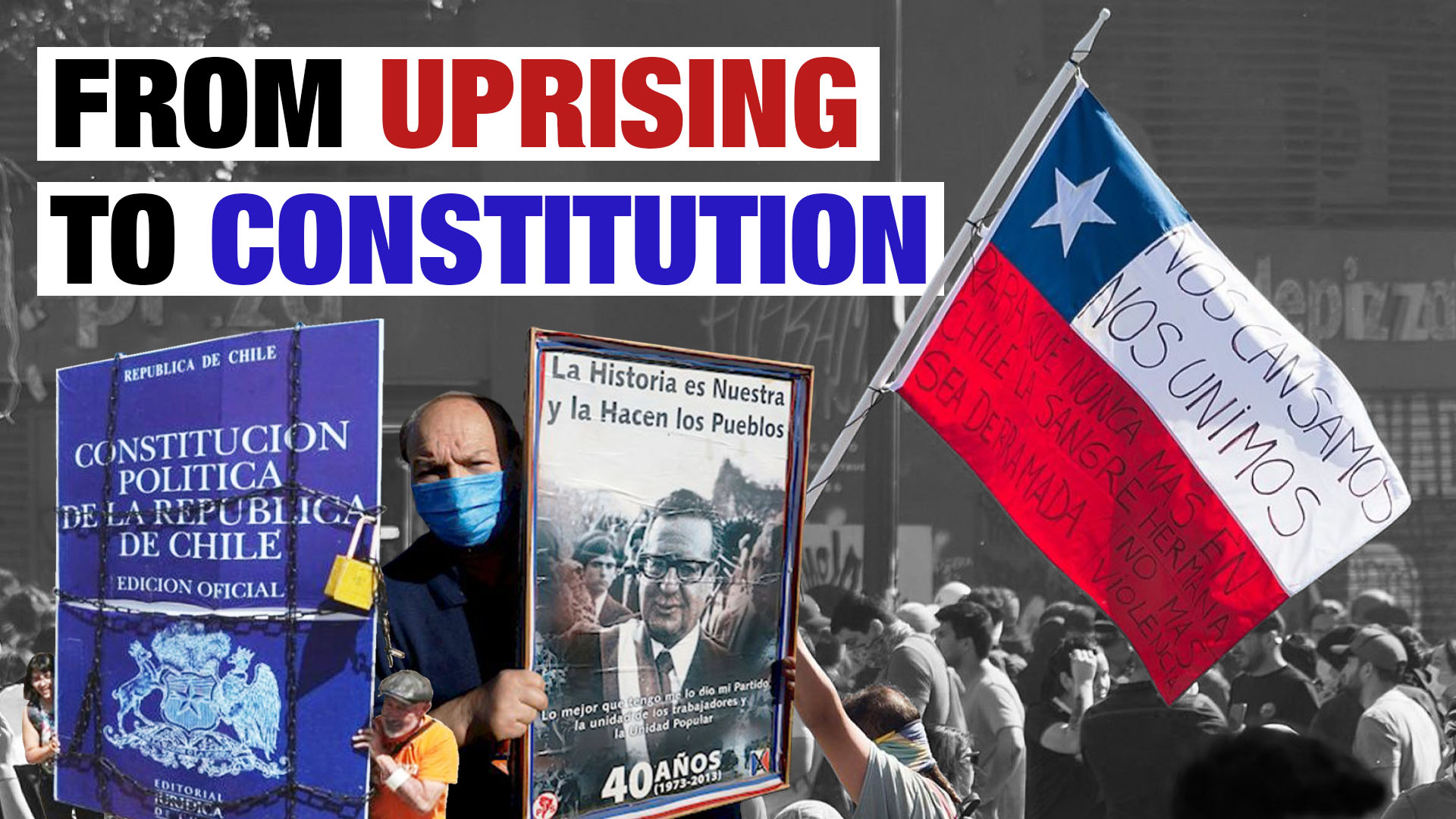 Will Chile get a new constitution?
RECENT ARTICLES