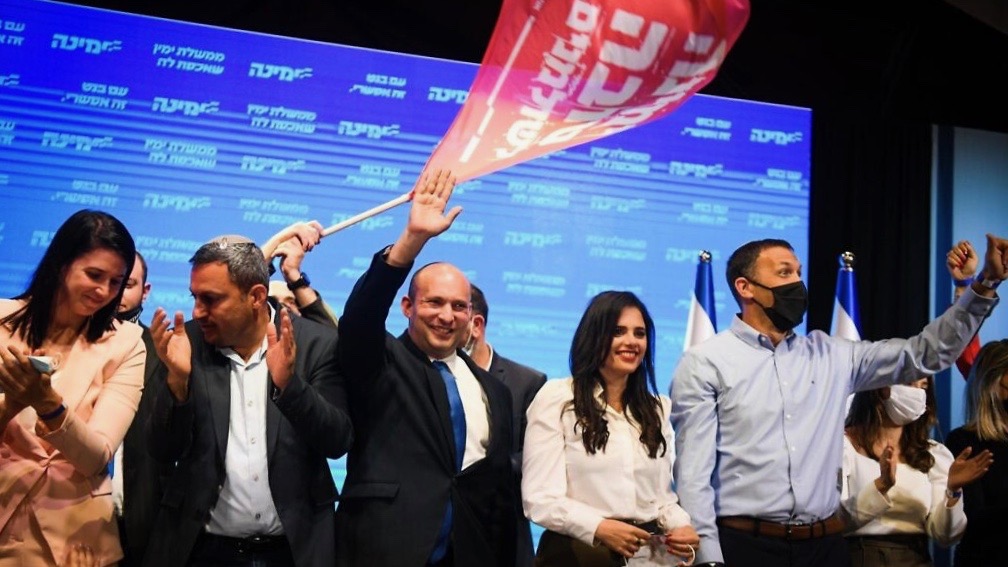 Idit Silman, the whip of the Yamina party in the Israeli parliament (Knesset), resigned from the ruling coalition led by president Naftali Bennett on Wednesday, April 6, claiming that the move was to save the Jewish identity of Israel which is threatened by the policies followed by Bennett’s government. Silman’s resignation is yet another example of the anti-Palestinian right-wing hegemony in Israel.

The resignation has led to a tie in the 120-member Knesset between the eight-party ruling alliance led by Bennett and the opposition, both now with 60 seats each. If no other member resigns or switches sides, the government can survive for now. However, it will be difficult for it to pass laws without the opposition’s support.

In case one or more Members of Knesset (MKs) resigns or switches sides, the government will have to face a vote in the parliament to survive. This can lead to the formation of a new government or possible fresh elections, the fifth in less than four years.

The hard right-wing stance of Yamina

The immediate cause of Silman’s resignation is attributed to her opposition to the Israeli health minister’s decision allowing certain breads (Leavened bread) in hospitals that are usually prohibited as per Jewish tradition during the passover. However, it is apparent that most of the Yamina members are not happy with Bennett’s alliance with the centrist Yair Lapid and Arab Ra’am in the coalition.

Several Yamina MKs have accused Bennett of neglecting the party’s core values and adopting too centrist an approach since coming to power. For example, one of the Yamina MKs, Nir Orbach, objected to Bennett’s use of “West Bank” instead of “Judea and Samaria” as preferred by the extreme right in Israel. The biblical name for the West Bank is preferred by the Israeli right-wing as it strengthens the Zionist claim of it being part of the “holy land” of Jews, denying all possibilities of an independent Palestinian state.

Yamina was originally a coalition of ultra right-wing parties in Israel such as the New Right, The Jewish Home and Takuma (named the Religious Zionist Party since January 2021). Except for New Right, the rest of the parties have defected to the opposition camp led by former prime minister Benjamin Netanyahu’s Likud.

New Right, led by Ayelet Shaked, strongly believes that there can be no co-existence of Palestinians and Jews in a two-state solution. Both Bennett and New Right claim that the entire historic Palestine is only for the Jews and there cannot be an independent Palestinian state inside these territories.The party backs the aggressive settler movement in the occupied West Bank as well as a Jewish national law.

In response to Silman’s resignation, Bennett stated that he will try to fix the gaps and make sure that the government survives, saying that the other alternative is “more elections and maybe more elections after that, and a return of the days of dangerous instability.”

The instability he mentions refers to the four consecutive elections held within the span of less than two years after Netanyahu lost the majority in April 2019. No party or coalition could win enough seats to form a government till the March 2021 elections when Bennett stitched together a rainbow coalition including centrists, leftists and even an Islamist Arab party. He managed to form the government with a majority of just one seat.

Given the hegemony of right-wing views in Israeli politics, the possibility of fresh elections is likely to lead to greater efforts by the Bennett government to pursue hardcore right-wing policies to gain popular support. If fresh elections are announced, the government may no longer stick to the limited compromises it had made due to the presence of its centrist and Arab allies. In fact, despite their presence, Bennett has continued to pursue right-wing policies on most of the issues, with increased oppression of Palestinians in the occupied territories. Bennett has allowed more settlements than previous governments in the short span he has been in power. His government has lent protection to illegal settler and Zionist attacks on Palestinians both inside the occupied territories and in Israel. The killings and arrests of innocent Palestinians have also increased during Bennett’s term.

Among other things, the Bennett government was able to re-introduce the Citizenship and Entry into Israel law which had lapsed last year. The law disallows Arabs citizens of Israel married to Palestinians in the occupied territories to live together in Israel.

His government has also increased diplomatic efforts to isolate Palestinians and held the first ever summit with Arab countries in Negev last month. It has taken an aggressive stance on the issue of Israeli apartheid and the Iran nuclear deal.

Former spokesperson of the Palestine Liberation Organization Dianna Buttu, speaking to Al-Jazeera, said that Bennett has pursued more right-wing policies than his predecessors vis-a-vis Palestinians and the threat of losing the government would lead to even more hostility towards them.