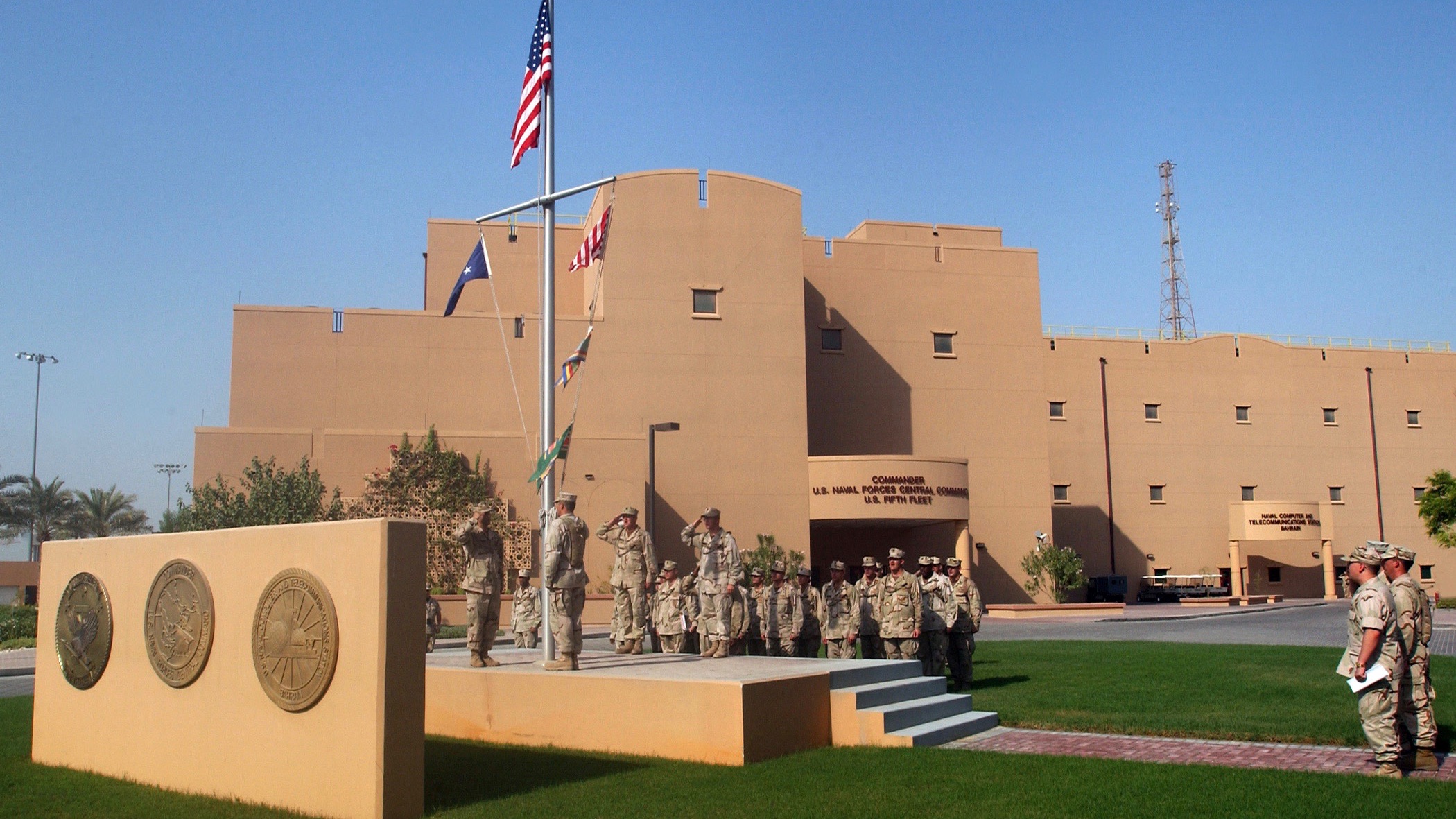 (Photo: US Navy/Phillip A. Nickerson, Jr.)

In a statement released on Thursday, April 7, Bahraini opposition group, the February 14 Revolutionary Youth Coalition, raised the demand of disbanding the US Navy’s Fifth Fleet in the country along with the withdrawal of all foreign forces. The movement claimed that the presence of the US Navy is leading to interference in Bahrain’s domestic politics and protects the ruling unpopular Al-Khalifa dynasty.

“Day after day, people of Bahrain are forcibly deprived of their national, legitimate and sovereign right to self-determination, and are subject to the most violent forms of injustice and violations at the hands of the ruling Khalifa family with American protection and clear military, political and intelligence support,” the statement read.

It called the presence of US troops in Bahrain illegal, saying that it represented “complete occupation” of the country.

Last week, the leader of the movement called for the revival of the “National day to expel the American base from Bahrain”.

Established in 1995, the Fifth Fleet is one of the largest US naval bases outside North America. It is responsible for operations in the Persian Gulf and Arabian Sea and all nearby areas.

Ruled by the Al-Khalifa dynasty, Bahrain is one of the few surviving monarchies in the world. Its present ruler Hamad bin Isa al-Khalifa has opposed attempts to establish an elected government in the country. This was the central demand of the February 2011 popular uprising from which the opposition movement derives its name.

The Al-Khalifa dynasty has dealt brutally with the opposition in the country since the 2011 uprising. One major accusation leveled at opposition activists is of being collaborators with Iran. Apart from imprisoning scores of political activists, it has also banned the main opposition Al-Wefaq party and revoked the citizenship of Ayatollah Sheikh Isa Qassim, the country’s main Shia cleric, for speaking in support of the protesters.

Opposition groups in Bahrain allege that the US naval base has been used to train foreign mercenaries who were used by the monarchy to suppress the 2011 uprising and the opposition in subsequent years.

In its statement, the February 14 Revolutionary Youth Coalition also accused the government of turning Bahrain into a hub of espionage and other clandestine operations against some other countries in the region following the normalization of its relations with Israel in 2020.

Going against its commitments under the Arab Peace Initiative to not have any relations with Israel until the issue of Palestine is resolved, Bahrain, along with the UAE, Sudan and Morocco, signed the so-called Abraham Accords with Israel in 2020 under US pressure.

Following the signing of the accord, several Israeli officials have visited Bahrain. Israel is seeking a formal presence in the US naval base in the country. Bahrain became the second country in the entire Arab world after Morocco to sign a military pact with Israel.

The signing of the deal and subsequent visits of the Israeli officials have invited large-scale protests in Bahrain. Isa Qassim, Bahrain’s most important religious leader, forced to live in Iraq due to political persecution at home, had also demanded the disbanding of the US base and withdrawal of foreign troops from the country.