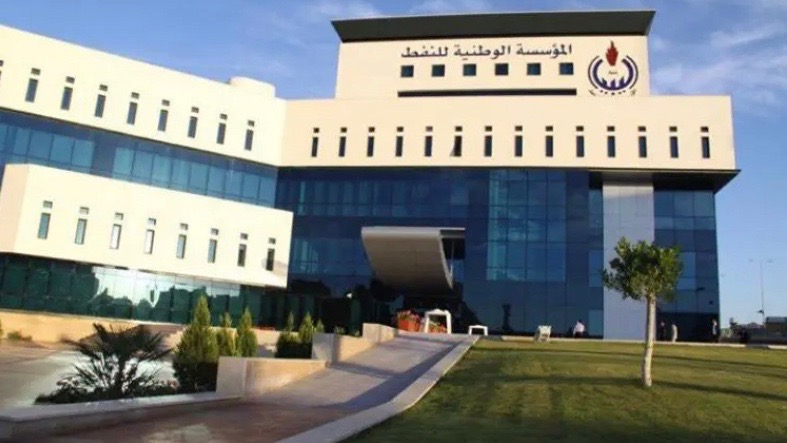 In yet another sign of danger to the United Nations-led peace process in Libya, the National Oil Company (NOC), the country’s largest oil producer, announced on Monday, April 18, the suspension of production and export of oil “until further notice”. The move comes after large-scale protests in and around fields run by the NOC in the eastern parts of the country.

The protests were held days after differences publicly appeared in the 5+5 joint military commission, considered crucial to maintain peace in the war-torn country. At several places, tribal leaders and locals blocked the roads and forced the shutdown of work at different sites.

Breaking: Social leaders from southern #Libya announce in a statement on Saturday shutting down the El Feel oil field in Ubari city and the suspension of oil and gas production "until the #Dbeibah government resigns and hands over power."

After saying on Sunday that its “El Feel oil field was subjected to arbitrary closure due to the entry of a group of individuals and the prevention of workers from continuing production,” the NOC in a statement on Monday announced “force majeure” on some of its export contracts claiming that workers were prevented from working at its export facility in Zueitina terminal. NOC said it was forced to shut down pumping of oil from most of its oil fields, including its biggest oil field Sharara.

Force majeure is a legal term which frees parties from their obligations under a contract when production becomes impossible due to “unforeseeable circumstances such as natural calamity or war.”

According to local media reports, the overall oil production in the country has gone down to less than 800 million barrels per day from 1.2 billion barrels.

NOC’s announcement comes days after the eastern members of the 5+5 joint military committee suspended their participation in the working of the committee. They had demanded the shutting down of oil production in the country and blocking of the road linking the country’s east with the western regions. Their announcement was based on prime minister Abdul Hamid Dbeibah’s refusal to hand over power to Fathi Bashagha who was elected as the prime minister in February by the Libyan parliament based in the eastern city of Tobruk .

The Libyan parliament argued that since the Dbeibah government had failed to conduct the national elections as scheduled, it had no right to continue in power. It has also alleged that Dbeibah was indulging in corruption and misusing state power for his personal and political gains.

Dbeibah was elected as prime minister in the UN-led peace process called the Libyan Political Dialogue Forum (LPDF) in February 2021 to lead the country for a transitional period. His government had the mandate to conduct national elections in December 2021. The elections have now been postponed indefinitely due to disagreements over the electoral law.

Dbeibah claims he will only hand over power to an elected government and had asked the members of the military council to not interfere in politics in a meeting with the remaining members of the committee.

Due to the war in the country which started after a NATO-led invasion in 2011, most of the economic activities have been affected including the production of oil, a major source of national income. The NOC had resumed production after a gap of several months following the announcement of a ceasefire in late 2020 as most of its oil fields are located in the eastern part of the country.

Libya has the largest oil reserves in Africa and among the largest in the world. Its crude is cheaper and of better quality than most of the crude produced in other parts of the world. Disruption in oil production in Libya may affect global prices which are already rising due to the war in Ukraine.