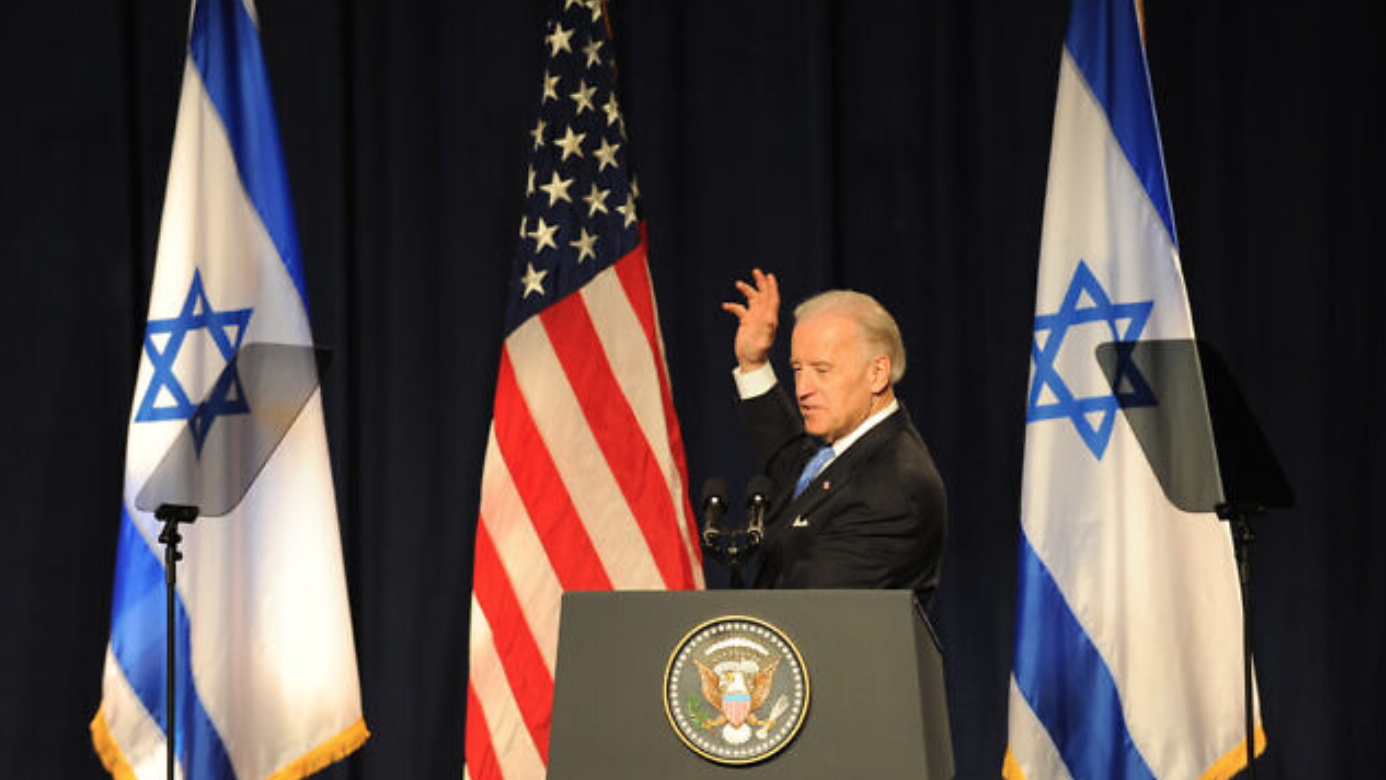 US President Joe Biden will make his first presidential trip to the Middle East this week, starting with his visit to Israel on Wednesday, June 13. He will be meeting with top Israeli politicians such as acting Prime Minister Yair Lapid and opposition leader Benjamin Netanyahu, as well as President of the Palestinian Authority (PA) Mahmoud Abbas. Biden is expected to affirm the importance of US-Israel relations and the US’ role in ensuring Israeli security.

For decades, the United States has been the largest backer of the Israeli military, having provided $63 billion in “security assistance” since 2001, according to 2021 figures. The US-Israel financial and military relationship, often described as a patron-client relationship, has been instrumental in enabling apartheid and war crimes, according to international civil society and human rights organizations.

A March 2022 press release by the US State Department states that “the US commitment to Israel’s security remains ironclad and has long enjoyed bipartisan support.” The press release mentioned the addition of “$1 billion for Israel’s Iron Dome defense system” for Fiscal Year 2022, to supplement the existing annual military aid funds of $3.3 billion.

The 1967 war was a turning point in both ideology and action: according to a congressional report, “it was not until Israel’s victory against multiple Soviet-backed Arab states in the 1967 Six Day War [sic] that the United States began to reconsider the nature of its support.” Following the war, Richard Nixon became the first US president to openly express the importance of support towards Israel for the maintenance of US interests. After the 1973, war, the United States reportedly “quadrupled its aid” which coincided with the rise of pro-Israel advocacy organizations in the country.

While the US’ financial support for Israel between 1971 and 2007 was largely meant for ensuring economic growth, the funding has since become primarily military-focused. Funds are mainly disbursed through the Foreign Military Financing (FMF) weapons grants. In addition to receiving more funding than all other countries combined, Israel is the only country that can use FMF money to develop its own weapons technology. It was also the first country, in 2017, to receive US F-35 aircrafts.

US funding for Israel has been bipartisan and consistent following the Cold War era. President Ronald Reagan established the Qualitative Military Edge (QME), providing Israel “the ability to counter and defeat any credible conventional military threat from any individual state or possible coalition of states or from non-state actors… through the use of superior military means.” Subsequent government action has maintained that advantage guaranteed by QME. The current 10-year funding arrangement, the Obama-era Memorandum of Understanding (MOU) enacted in 2016, “includes $33 billion in Foreign Military Financing (FMF) funds and an unprecedented $5 billion commitment in missile defense assistance.” Under the MOU, Israel receives $3.3 billion annually for FMF, in addition to “$500 million in missile defense funding,” and supplementary funding for “emergency situations.”

In addition to funding allocated for military technology, the US spent $460 million between 1973 and 1991 to fund the resettlement of Jews in Israel, many of whom now live in illegal settlements in the occupied Palestinian terroritories (oPt). These funds were channeled through private organizations. In recent years, the US government has increased direct military collaboration by integrating Israel into the US Central Command (CENTCOM), and facilitating joint military exercises alongside other Arab states that have recently normalized relations with Israel, following US support and pressure.

The patron-client relationship between the US and Israel is marked by exceptionalism, allowing the US government to turn a blind eye towards human rights violations to maintain specific interests. The 1977 Leahy Law “[prohibits] the US Government from using funds for assistance to units of foreign security forces where there is credible information implicating that unit in the commission of gross violations of human rights.” However, according to Palestinian policy think tank Al-Shabaka, “Israel is the only country in the world for which the US does not track which weapons go to which military unit, making it virtually impossible to enforce the Leahy Law.”

Recent years have seen increased dialogue amongst US politicians and members of the public about conditioning aid for Israel, so that US funding does not serve as backing for Israel’s crimes against Palestinians. Following Israel’s May 2021 assault on Gaza which killed 243 Palestinians, progressive Democrats in Congress proposed resolutions standing with Palestinians and calling for restrictions on aid. While these attempts were ultimately unsuccessful, Al-Shabaka cited an August 2021 survey by the Chicago Council, which revealed that “50% of people in the US favor restricting military aid to Israel in operations that target Palestinians.” Demographic-specific surveys also reveal changes in public opinion; for example, the Jewish Electorate Institute’s July 2021 survey of Jewish voters found that 25% Jews in the US believe that Israel is an apartheid state.

According to research by the US Campaign for Palestinian Rights (USCPR) the total amount of US tax money provided to Israel annually could provide healthcare to 1.6 million children, or food assistance to 2.5 million people. While Palestinian civil society organizations, international human rights groups, and growing numbers of the US public are adamant about curbing US financial support for Israeli apartheid, Biden’s upcoming visit to the region is only expected to affirm and further strengthen this relationship.