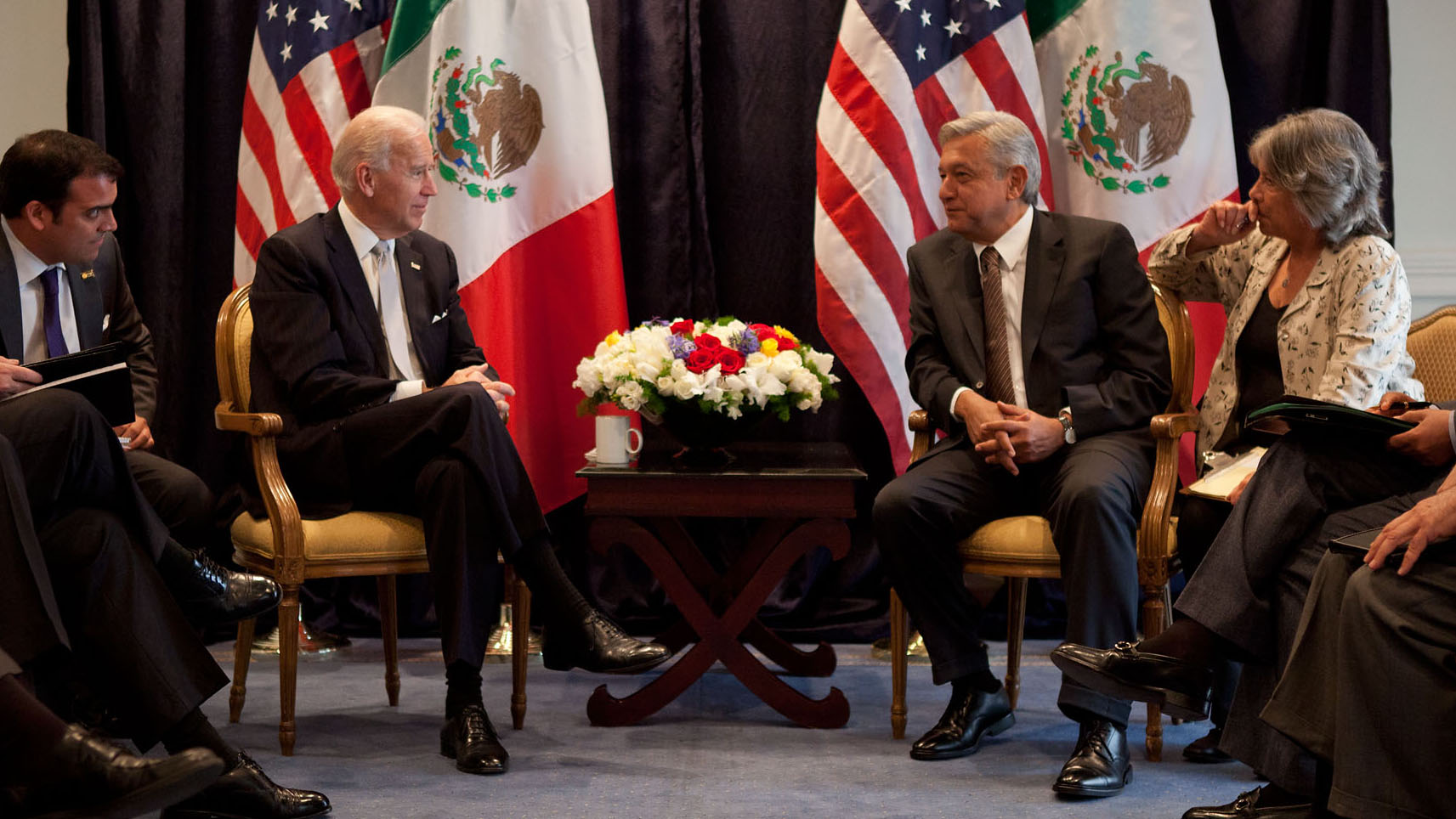 Mexico’s President Andrés Manuel López Obrador (AMLO) visited the United States on July 12 and offered five proposals to US President Joe Biden. These proposals are based on AMLO’s in-depth knowledge of Mexican history and his reading of the economic crisis in the United States, which seems to be losing its edge as a global leader.

The first of the proposals that AMLO made was about Mexico allowing US consumers to fill gasoline tanks on the Mexican side of the border. By doing so, it is permitting the United States to ease its inflation crisis. AMLO offered to double the supply of gasoline in Mexico in his show of support to further ease the crisis.

Second, AMLO said that Mexico would provide for more than 600 miles of gas pipelines along the US–Mexico border to help transport natural gas from Texas to Arizona, California, and New Mexico. This would benefit 3 million people in the United States. This is indirectly reminiscent of the Texas gas crisis, which cost Mexico more than 65 billion Mexican pesos.

Third, AMLO suggested the elimination of red tape and tariffs on food and general consumer goods to reduce the cost of living for US and Mexican families.

Fourth, AMLO noted that since the pandemic and the war in Ukraine are the main causes behind the current inflation, Mexico will conduct import substitution to reduce some of the import inflation. Production of oil will go alongside the development of alternative energy sources in Mexico, and the country will also enter the lithium industry.

Fifth, given that the United States will need labor to implement its infrastructural modernization plans, AMLO proposed to organize the migration of workers northward to prevent labor shortages and asked the US to provide these workers with temporary work visas for this purpose. He also asked Biden to “regularize” the legal status of the migrant population in the United States to guarantee the rights of the Mexican diaspora.

A close analysis of these proposals indicates that the United States finds itself in a position of relative weakness vis-à-vis both its competitors abroad (such as China) and trade partners such as Mexico (as well as the rest of Latin America). The United States’ weakness coupled with AMLO’s active leadership in Latin America, as well as the Mexican national population and diaspora’s historic support for the Mexican government, finds parallels with other moments in the history of US–Mexican relations.

In his speech in the Oval Office, López Obrador recalled that when former US President Franklin D. Roosevelt (FDR) came to power after the economic crash of 1929, he found the United States in crisis due to the global recession and stock market crash. At that time, Roosevelt promoted state intervention to develop welfare programs, namely a mixed-Keynesian system known as the New Deal.

In addition to FDR’s New Deal, the United States eased, but did not cease, its interventionist policy in Latin America. It withdrew its troops from Haiti and allowed the elimination of the Platt Amendment, which undermined the sovereignty of Cuba. Driven by the imminent threat of World War II, the United States was forced to seek solidarity in the American hemisphere to protect its interests and its territory from potential attacks.

FDR’s term in office (1933-1945) coincided with that of Mexico’s President Lázaro Cárdenas (1934-1940). Cárdenas, a general in the Mexican Revolution of 1910, is known in Mexican history for his initiatives to ensure the development of public infrastructure, land reforms, the vindication of the rights of the working class, and his socialist education project.

But above all, Cárdenas is remembered for his decree to nationalize oil in 1938. All these actions and positions led to protests by powerful sectors in the United States. However, the internal and external balance of political-economic forces prevented the White House from stopping the nationalist process of Cárdenas, who also had strong popular support within Mexico. López Obrador has also done something similar with public investment in sovereign development projects like the Mayan Train, the Transisthmian Corridor, oil refineries, and the nationalization of lithium.

López Obrador also reminded Biden that during Roosevelt’s presidency, Mexico and the United States created a legal migration program, the Bracero program, between 1942 and 1964, to reactivate the US economy. AMLO closed his White House speech by urging Biden to be bold, to accept the end of neoliberalism in the world, and to stand up to the right wing in the United States: “I know that your adversaries—the conservatives—are going to be screaming all over the place, even to Heaven… But without a daring, a bold program of development and well-being, it will not be possible to solve problems. It will not be possible to get the people’s support. In the face of this crisis, the way out is not through conservatism. The way out is through transformation. We have to be bold in our actions [and] transform, not maintain, the status quo.”

The political vanguard of the Continent

López Obrador has not only established himself as the political reference point for the Latin American left but has also been leading the process of integration in the south of the region through the Community of Latin American and Caribbean States (CELAC) summit and his diplomacy in Central America. He has managed to undermine the interventionist capacity of the United States without losing the friendly relationship with Mexico’s northern neighbor, as this official visit to the United States demonstrates. Besides this, Mexico has proposed solutions to inflation and the global ailments caused by the pandemic and the Ukraine war, encouraging its US counterpart to follow Mexico’s political economy.

Latin America and the Caribbean are increasingly being seen as equals to the United States; are putting themselves on the front line in the battle for the sovereignty of countries such as Cuba, Nicaragua, and Venezuela; and are backing progressive processes such as those in Bolivia, Brazil, Colombia, and Honduras. Likewise, López Obrador has put on the table a political subject that will be of paramount importance in US domestic life: the rights of the Mexican and Latino migrant workers. AMLO has asked them to use their votes to monitor and shape the immigration legislative reforms in the United States and to ensure that the interests of the Global South are no longer ignored during policymaking in the West.

Rodrigo Guillot works in the International Department of the Instituto Nacional de Formación Política (INFP), the political education institute of Mexico’s Morena (Movimiento de Regeneración Nacional) party. He is a student at the National Autonomous University of Mexico (UNAM) in Mexico City. Find him on Twitter @RodrigoGuillot. 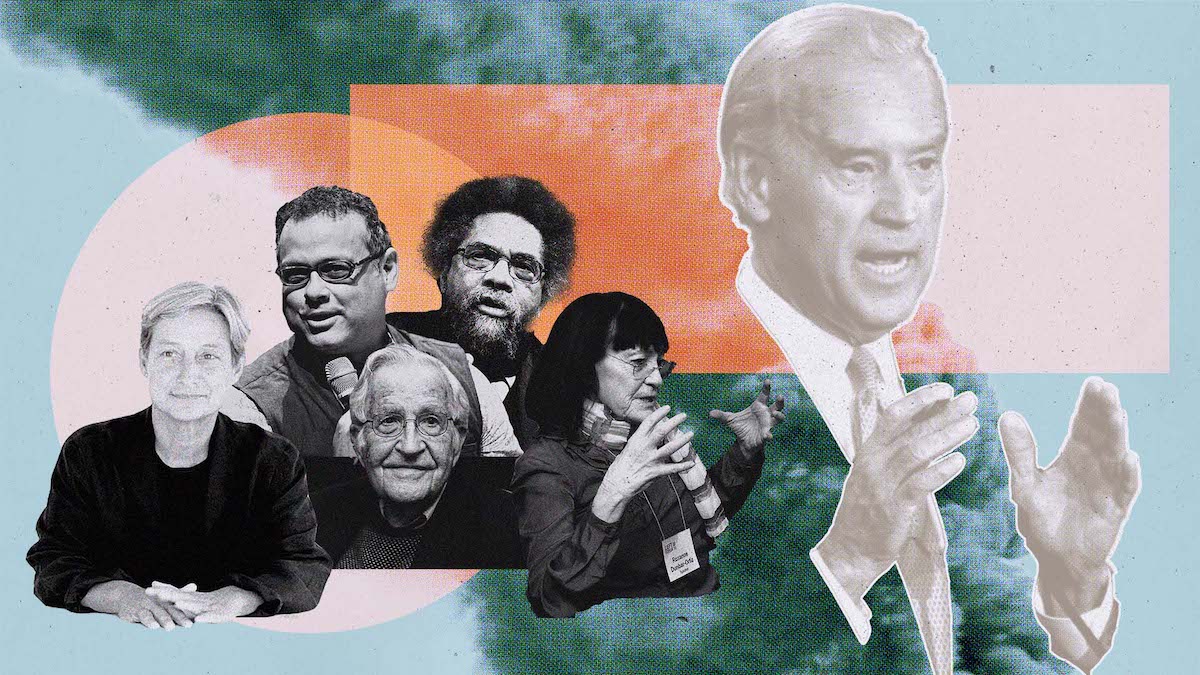