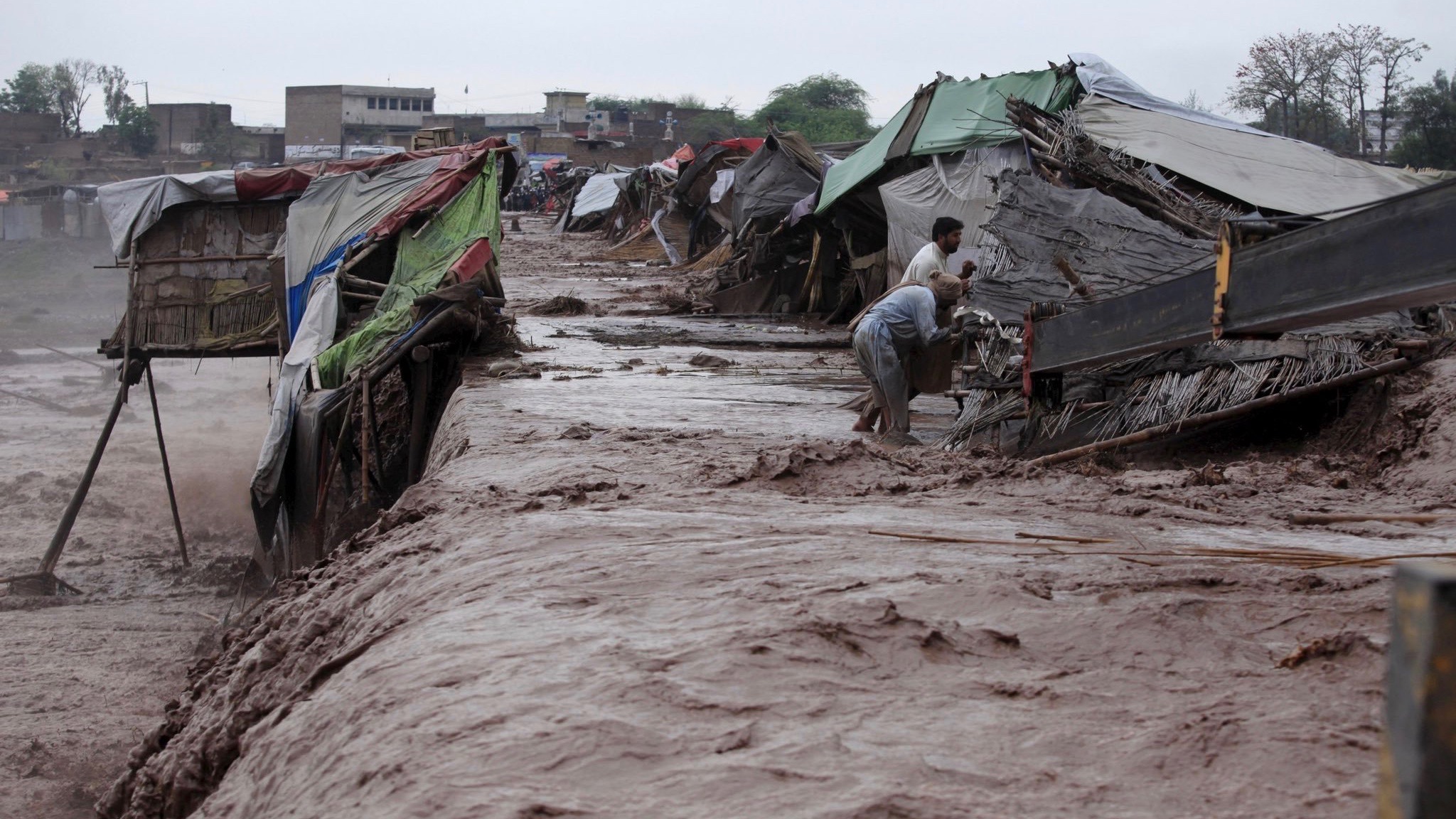 Tens of thousands of homeless and other displaced people continue to remain in immediate need of shelter and food. With communication lines and road connectivity suspended in many areas, several humanitarian agencies and local bodies are finding it difficult to reach out to those affected.

“Pakistan has never seen an unbroken cycle of monsoon like this. Eight weeks of non-stop torrents have left huge swathes of the country under water. This is no normal season. This is a deluge from all sides, impacting 33 million plus people which is the size of a small country,” said Climate Minister Sherry Rehman. She called it “the monster monsoon of the decade.”

According to the National Disaster Management Authority (NDMA) and government officials, the magnitude of the calamity is bigger than expected and so far has affected at least 110 of 150 districts, with over 95,000 homes destroyed. The Dawn reported that “more than half of Pakistan” is under water. A national emergency has been called due to what many experts believe is a climate change catastrophe.

OCHA reported that Sindh and Balochistan are the worst affected. Over 504,000 livestock have been killed and over 3,000 km of road and 129 bridges have been damaged in Balochistan. The province has experienced five times the average rainfall of the past 30 years. In the affected areas of Sindh, health experts have warned of outbreaks of water-borne diseases including malaria, dengue, typhoid, diarrhea and skin infections. Sindh has already seen eight times higher rainfall than the August average. Both provinces are expected to face food insecurity in the coming months.

“Pakistan was already facing a severe economic crisis with weekly inflation being at about approximately 40%. We are already under debt and trying very hard to pay back. We are experiencing stagflation – there was no growth and enormous inflation,” said Taimur Rehman, general secretary of the Mazdoor Kisan Party, while appealing for financial help to deal with the crisis. Pointing to the experience of the massive flooding Pakistan witnessed during the monsoons of 2010, he added that there was “enormous outrage with the fact that the government had not done anything to ensure that whenever there is an overflowing of water, it can be controlled.”