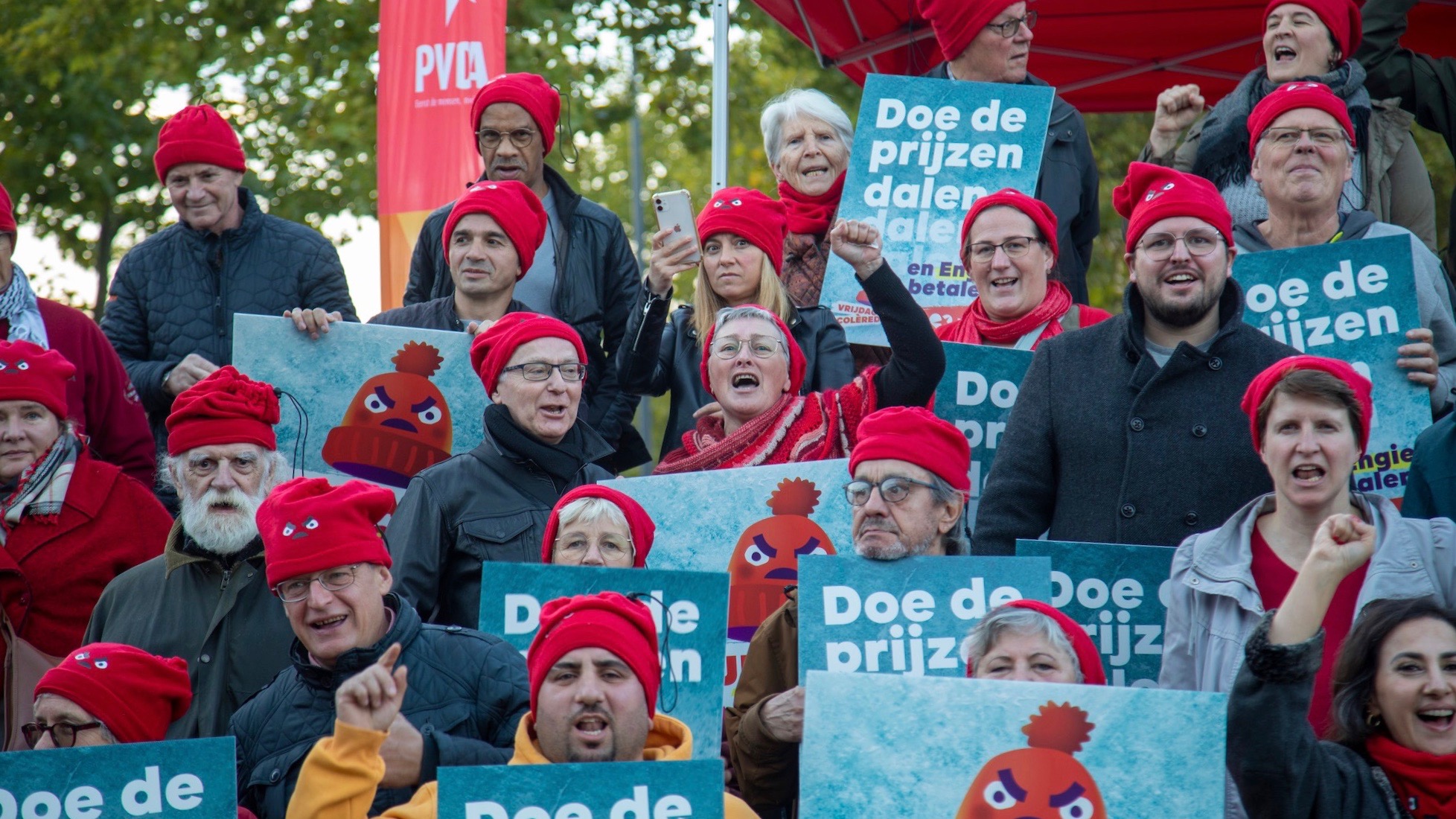 ‘Fridays of Rage’ mobilization by the Workers Party of Belgium. (Photo: PTB/PVDA)

Trade unions and progressive political parties across Europe have intensified protests against the ongoing cost of living crisis and are demanding concrete measures from the governments. On Saturday, October 8, Czech trade unions like the Czech-Moravian Confederation of Trade Unions (CMKOS), as well as opposition parties including the Communist Party of Bohemia and Moravia (KSCM), marched in Prague to protest the government’s insensitivity in handling the crisis.

On the same day, a massive workers’ mobilization took place in Rome. It was called by the Italian General Confederation of labor (CGIL), demanding that the European Union (EU) resolve the issues being faced by workers and common people instead of escalating the Russia-Ukraine war. On October 7, cadres of the Workers Party of Belgium (PTB/PVDA) hit the streets in the cities of Liege and Limbourg as part of the ‘Fridays of Rage’ protests that are being organized by the party, calling on the government to lower energy prices and tax the excess profits of energy companies. The Greek working class has also intensified protests against the anti-labor policies of the conservative New Democracy (ND)-led government that have worsened the situation of workers amid the cost of living crisis.

As Europe heads toward a harsh winter with limited supply of energy and skyrocketing prices of food and fuel, people across the continent are expressing heightened concern. Working class sections and lower income families are already deeply affected by the soaring inflation and are feeling a sense of panic over the prospect of a harsh winter without adequate or affordable energy. Food and fuel prices have been rising across Europe due to the energy crisis caused by the Russia-Ukraine war as well as profiteering by private energy producers and distributors. In order to tackle the crisis, working class sections and progressive political parties have been demanding a cap on energy and food prices, a reduction in the VAT on fuel, increase in wages and pensions, and an extra tax on the excess profit made by private energy companies.

Now, with the referendums held by Russia in its zones of control in Ukraine, as well as moves by the EU and US to provide more funds and armaments to Ukraine, the war is likely to escalate further which will worsen the crisis. Working class sections in Europe, since the beginning, have been demanding that both sides resort to diplomatic methods to end the conflict.

Marc Botenga, Member of European Parliament (MEP) from the Workers Party of Belgium (PTB/PVDA), stated, “Russia is alluding to nuclear weapons. Joe Biden speaking on Nuclear Armageddon. Zelensky has reportedly called for NATO’s preventive strikes against Russia. But in the European Parliament, our amendments to at least try, (try!) a diplomatic initiative is largely rejected by traditional parties.”

On the contrary, the European Union decides new sanctions packages that will contribute to the escalation, and the price of which will be paid by the working class here, as we can see with energy prices or other threats. Refusing the diplomatic initiative, as the European Union does, is walking towards total escalation, almost like sleepwalk. Not in our name.”