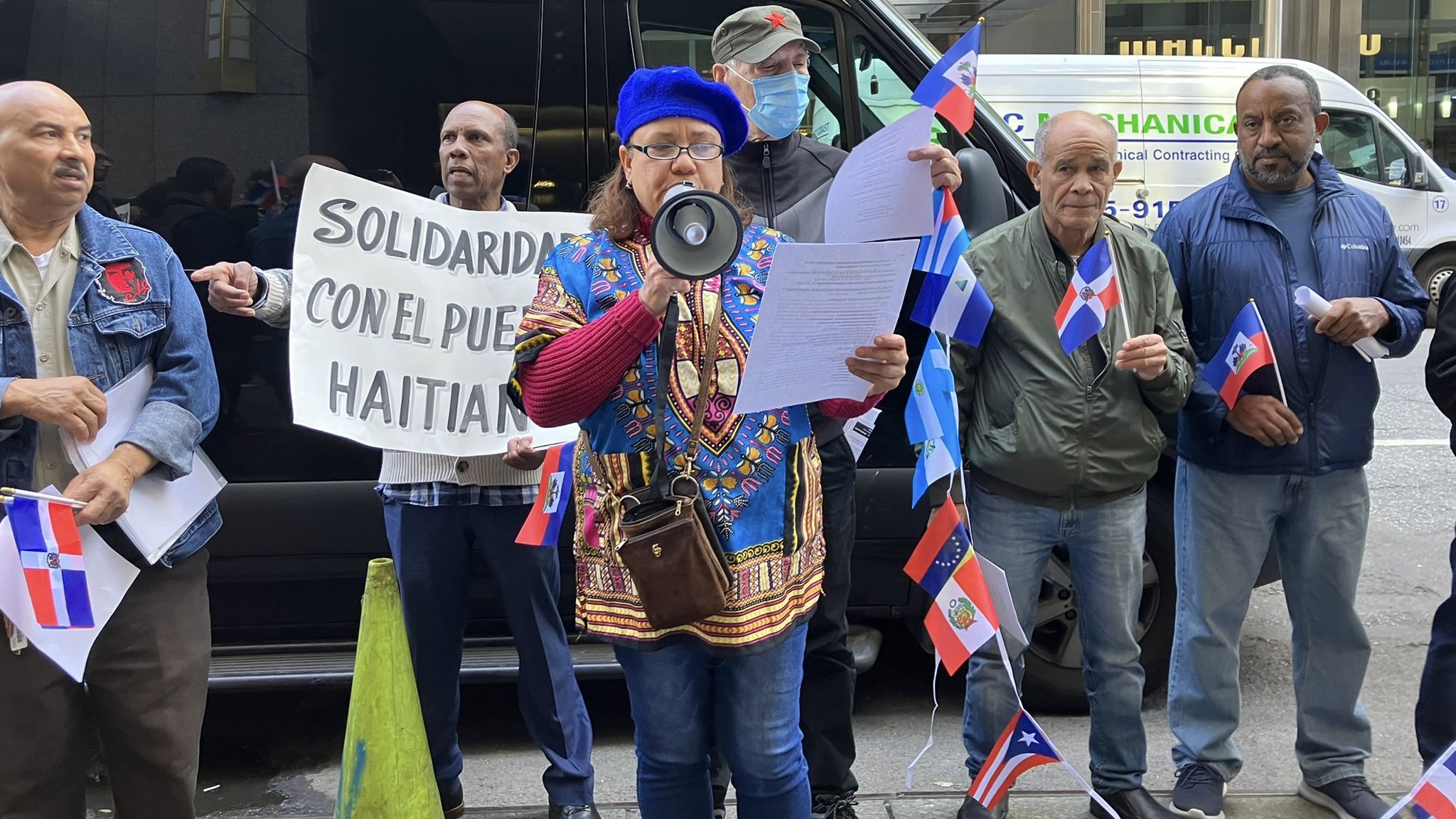 The people of Haiti have been on the streets for weeks to protest rampant inflation and currency devaluation as well as the political-institutional crisis facing the country. These protests intensified this week following the declaration by de-facto President and Prime Minister Ariel Henry that he had officially requested foreign military support to curb gang violence.

Haitian movements have alleged that the move furthers the already alarming criminalization of social movements demanding change in the country, and paves the way for another foreign military occupation of the country. Their protests against the call for military intervention have been met with brutal violence and repression.

In response to Henry’s demand for foreign intervention and the Haitian people’s determined protests, people’s movements and organizations from across the globe have expressed their solidarity with the Haitian people and rejected any violations of their territorial and political sovereignty.

The Party for Socialism and Liberation in the US released a statement titled “No US Invasion of Haiti!” wherein they underlined that “military intervention by the so-called ‘international community’ has always brought Haiti only deeper suffering and hardship”.

They added that Henry’s request itself is illegitimate, pointing out that “Henry’s entire government exists only because it was backed by a US-led group of western powers in the aftermath of the assassination of former President Jovenel Moïse in 2021. With the country’s Supreme Court and legislature incapacitated, institutional chaos reigned and there were competing claims to executive authority. Henry was ultimately chosen by the Biden administration and given international recognition, but he has no mandate to govern whatsoever from the people of Haiti.”

In New York City, a group of activists from different countries in Latin America protested outside the Haitian consulate and presented a signed letter. The letter reads: “We categorically express our outrage at the terror agenda imposed by the Haitian elites and the oligarchic groups that have promoted and/or agreed with the gangs and sponsored by the United States government.” It adds that the same US government has blocked “any solution that respects the will of the people and their grassroots organizations that have taken to the streets demanding a real solution, that puts the Haitian people and workers at the center of their agenda.”

During the action, Jessie Legros, a Haitian migrant in New York and a member of the Haitian Support Group told Peoples Dispatch, “The USA has been interfering in the affairs of Haiti for years now…it is important for the world to know what is going on in Haiti. Haiti is often portrayed as a country that is poor, that is unable to organize itself, but we know this is not true.”

The community activist pointed out that while the US backs Henry, it has failed to listen to the aspirations and proposals of the Haitian people such as what is outlined in the Montana Accords. “The USA, refuses to recognize [the Montana Accord] and they have chosen to support defacto Prime Minister Ariel Henry, that according to all reports, was implicated in the assassination of Jovenel Moise. So today I am here to say NO to US intervention, because every intervention has more pain and more suffering. The world needs to know that what is happening now in Haiti is not acceptable.”

Over 60 organizations from across the US released a statement following Henry’s announcement on Friday and organized a rally on Tuesday October 11 in Miami, Florida. They wrote “The United States needs to stop propping up Haiti’s repressive regime and let a genuine Haitian solution to the crisis emerge.”