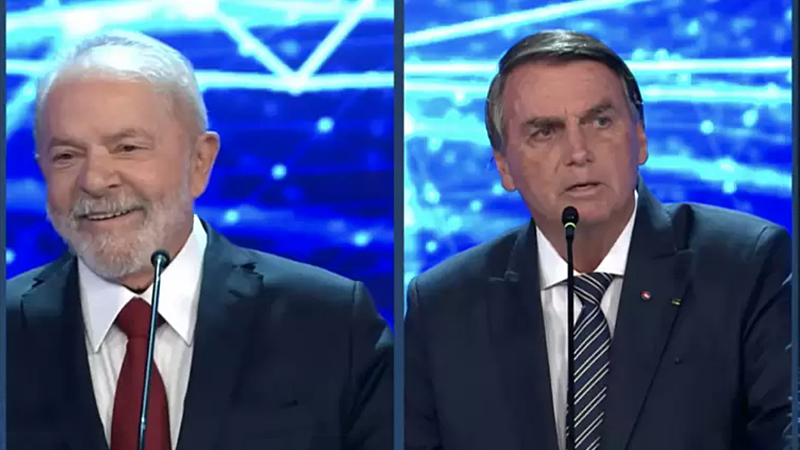 Brazil is just four days away from the historic second round elections wherein the Brazilian people will decide their next president and governors in 12 states. Ahead of election day, all major pollsters have indicated that Workers’ Party (PT) candidate Luiz Inácio Lula da Silva would retain his lead ahead of far-right incumbent Jair Bolsonaro.

Research released on October 26 by the PoderData institute shows former president Lula with 53% of the intended votes in the race against current President Jair Bolsonaro, who has 47%. The difference is well above the margin of error, which is 1.5 percentage points higher or lower.

When total votes are considered, this Wednesday’s survey shows Lula with 49% against Bolsonaro’s 44%. Another 5% declared they will vote blank or null, while 2% said they are undecided.

The interviews were conducted between October 23 and 25. A total of 5,000 people were reached, in calls to cell phones and landlines, in 342 cities in all states and in the Federal District of Brazil.

This was the fourth survey conducted by PoderData after the first round of voting, and for the first time there was a change. In the three previous surveys, published on October 6, 12 and 19, Lula had 52% of the valid votes, against 48% for Bolsonaro.

For political scientist Rodolfo Costa Pinto, coordinator of PoderData, the swing in favor of Lula may be related to the episode in which former congressman Roberto Jefferson (PTB), an ally of Bolsonaro, fired rifle shots and threw grenades at federal police officers last Sunday.

“I still see a scenario of stability. The variations were within the margin of error. It could be a direct effect of the episode involving Roberto Jefferson, much exploited by the opposition to the president and with great exposure on the internet and traditional media, especially on Monday, right in the middle of the survey. We can’t say this definitively, but it was the only event with potential to impact the results,” Costa Pinto told Poder360, the website responsible for the research institute.

A Quaest poll also yielded similar results. The poll shows Lula with a six-point advantage against Bolsonaro: 48% against 42%. The survey, also released on October 26, also showed an increase in the rejection to the current president: 49% of respondents say they would not vote for Bolsonaro at all—a jump of three percentage points in one week.

In the previous survey released by Quaest, Lula had 47% of voting intentions against 42% for Bolsonaro, considering the total votes. Lula’s vote has moved up one point, while the extreme-right candidate’s level has remained the same.

When considering the valid votes, discounting blanks, nulls and undecided, Lula has 53% of the total, against 47% for Bolsonaro. Quaest also uses the “likely voter” model, which tries to predict abstention rates. In this case, Lula has 52.1% of voting intentions against 47.9% of the current president.

On Twitter, the director of Quaest, Felipe Nunes, said that the interviews for the survey were conducted almost entirely after the episode in which former Congressman Roberto Jefferson (PTB), an ally of Bolsonaro, fired rifle shots and threw grenades at Federal Police agents.

The survey was contracted by Banco Genial. Quaest recorded results from 2,000 people in 120 Brazilian municipalities, in the five regions of Brazil.

This is based on articles originally published in Portuguese on Brasil de Fato.