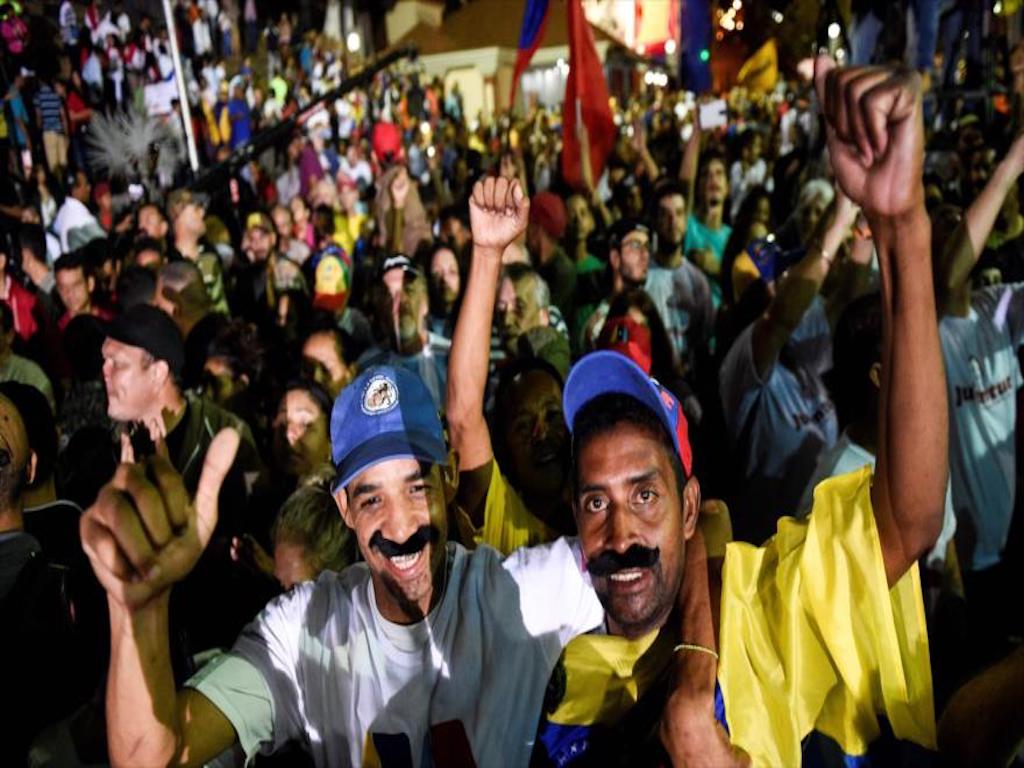 With over 6 million votes (68% of the votes) cast in his favour, Nicolás Maduro was re-elected as President of the Bolivarian Republic of Venezuela. Henri Falcón, the main opposition candidate, won 21% of the vote and came in second place and Javier Bertucci, an evangelical pastor came in third with 10% of the votes. In his victory speech, Maduro invited the opposition to a permanent space of dialogue and pledged that his first item of business would be recuperating the motors of the economy and advancing the socio-economic development of the country.

Later in the day, just before the final results were released, Henri Falcón, who hours prior cast his vote in the city of Barquisimeto in the Lara State, announced that he would not recognize the results of the elections and called for them to be held again on account of irregularities.

The response of governments from across the world has been one of rejection and isolation, save for the countries that are not aligned with US foreign policy and interests. The US, Canada and several European countries were quick to denounce the results of the elections and the electoral process, an expected move as many had already announced that they would not recognize the elections.

The day after the elections, the US intensified the economic sanctions that they had been imposing on Venezuela. President Donald Trump signed an executive order which imposes new penalties and bars United States companies or citizens from buying debt or accounts receivable from the Venezuelan government, including Petróleos de Venezuela, the government-owned oil company that is the parent of Citgo Petroleum Corporation.

This is the latest sanction from the United States which seeks to further isolate Venezuela economically and inhibit its potential for economic growth and prosperity. It claims to be acting against the ‘corrupt government’ and in favor of the Venezuelan people. However, the impact of these sanctions is felt by the Venezuelan people who struggle to deal with the high levels of inflation and scarcity of food and medicine.

However, as proven in the elections on Sunday, the Venezuelan people know that the responsibility for this crisis lies with the imperial powers, and that the way to confront the crisis is not through the dollarization proposed by Henri Falcón, but through deepening the Bolivarian revolution.

The Latin American governments who form the Lima Group, including Argentina, Brazil, Canada, Chile, Colombia, Costa Rica, Guatemala, Guyana, Honduras, Mexico, Panama, Paraguay, Peru and Santa Lucia, released a communique stating: “They do not recognize the legitimacy of the electoral process carried out in the Bolivarian Republic of Venezuela that concluded last 20 of May, because it does not meet the international standards of a free, just and transparent democratic process. They agree to reduce the level of diplomatic relationships with Venezuela, for which they will consult their ambassadors in Caracas and the Venezuelan ambassadors to express their protest. They reiterate their worry of the deepening of the political, economic, social and humanitarian crisis that has deteriorated life in Venezuela, that is reflected in the massive migration of Venezuelans that arrive to our countries in difficult conditions and in the loss of democratic institutions, rule of law and lack of guarantees and political liberties of the citizens.”

It is important to note  that several of the countries of the Lima Group have had many high-ranking officials accused of corruption (for example the founder of the Lima Group Pedro Pablo Kuczynski had to resign over a corruption scandal). Yet, corruption is one of their central talking points against Bolivarian Venezuela and Maduro’s government. They are also currently going through extreme social, economic and political crises.

For instance, Mauricio Macri, President of Argentina, recently announced that he would have to ask the IMF for a loan in response to the drastic inflation and devaluation of the Argentine peso. The government has also been under scrutiny in the last year after the murders of activists Santiago Maldonado, who was disappeared for 2 months before his body was found, and Rafael Nahuel, 22,a Mapuche indigenous activist.

Similarly, in Colombia, civilians, students, activists, human rights defenders and even candidates continue to be assassinated and disappeared with no end in sight. The Colombian elections will be held this coming Sunday and despite the human rights crisis, the breakdown of the peace agreements and environmental disasters, the same Lima Group has not expressed any concern.

On the other hand, the social movements and organizations of these same countries immediately recognized and congratulated Maduro’s victory and praised the Venezuelan people and their conviction to the Bolivarian Revolution. The Latin American platform Social Movements of ALBA stated: “The battle won opens paths forward and calls us to new people’s offensives for the emancipatory processes of Our America. It sends a message of encouragement and hope to the people, and gives power to show every day to the empire, we are not afraid to stop, fight and defeat it. The battle of this May in Venezuela is a great example of this.”

The victory of Chavismo in Venezuela is a beacon of hope for the rest of the continent whose countries are deeply submerged in regressive neoliberal projects that use displacement, death and exploitation to appease the imperial and transnational interests and accomodate their national bourgeoisies. As Maduro and the diverse sectors of Chavismo have already expressed, the victory is just the first step, the challenges that Venezuela faces are complex but they will confront them in the spirit of the Bolivarian revolution, always putting the most needy people first and never compromising on humanist and socialist values.