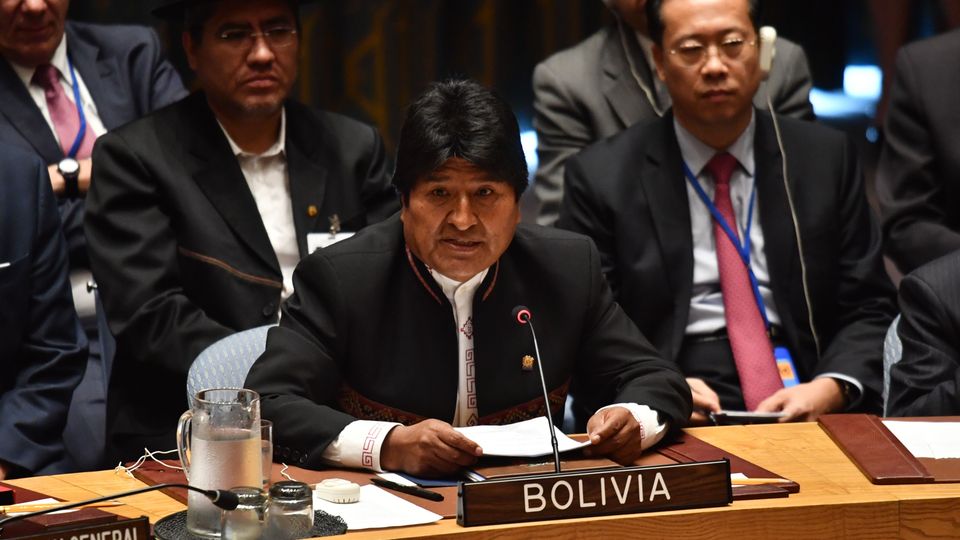 The 73rd session of the United Nations General Assembly began on September 18. On Wednesday, the Security Council held a meeting about nuclear proliferation which was chaired by the Council’s current president, Donald Trump. While Trump’s address to the Security Council was focused on accusations of Chinese meddling in the 2018 elections to supposedly influence trade conditions and promoting heavy sanctions on Iran, several progressive Latin American leaders took the chance in the SC meeting and other sessions of the General Assembly to denounce without hesitation or niceties, US imperialism, militarism and capitalism.

“The United States couldn’t care less about human rights or justice. If this were the case, it would have signed the international conventions and treaties that have protected human rights. It would not have threatened the investigation mechanism of the International Criminal Court, nor would it promote the use of torture, nor would it have walked away from the Human Rights Council. And nor would it have separated migrant children from their families, nor put them in cages.” These were the words of Bolivian President Evo Morales in the UNSC meeting on Tuesday September 26. The leader did not shy away from pointing out the deep, violent contradictions in US foreign policy and discourse both under Trump and historically.

Miguel Díaz-Canel, the President of the Cuba, addressed the General Assembly on Tuesday September 26. His speech highlighted the role of capitalism as the central contributing factor of social, political, economic and environmental misery and crisis today. He also pointed out the very threatening and violent nature of Trump’s remarks the previous day about putting restrictive conditions on aid and critiqued the decision of the US to pull out of the Paris Agreement on Climate Change.

In typical Cuban fashion, Díaz-Canel made sure to declare support and solidarity for the people and struggles across the world. Mentioning support to the Bolivarian Revolution in Venezuela and its leader Nicolás Maduro, denouncement of the political imprisonment of Luiz Inácio Lula da Silva, solidarity with the liberation struggles in Puerto Rico, Palestine and Western Sahara, and encouragement for the efforts towards peace and dialogue in the Korean peninsula.

The Cuban leader also condemned the more than 55 year economic, commercial and financial embargo US has on Cuba, which has been condemned in resolutions passed by the United Nation General Assembly every year since 1992, the US and Israel have voted against every single time.

In the General Assembly session on Wednesday, Venezuelan President Nicolás Maduro, who had not spoke in front of the body since 2015, denounced that Venezuela suffers from “permanent aggression in economic, political, diplomatic and media aspects by those who govern the United States of North America,” he further specified that “Venezuela has been subjected to a series of illegal, unilateral measures of economic persecution in the past two years (…), we have been prevented from using the international currency the U.S. dollar.”

Maduro also took the opportunity to reiterate his and Venezuela’s will to engage in international and national dialogue in order to achieve peace with sovereignty, independence and justice in Venezuela, as well as his openness to engage in dialogue with Trump himself.

On the other end of the spectrum, Argentine President Mauricio Macri, whose country is currently plunging further into a full fledged economic and social crisis and whose people are mobilizing daily to denounce his administration’s decision to turn to the International Monetary Fund and enact harsh austerity policies, used his time to criticize the “dictatorship” in Venezuela and announced that he would denounce the country’s government in the Hague.

Colombian President Ivan Duque joined Macri in condemning the Venezuelan government and focused on what he called “the most indignant recent migratory and humanitarian crisis of the region, by a dictator that annihilates liberties,” during his address on Wednesday. Many condemned Duque’s remarks pointing out that not only is Colombia in an extremely serious humanitarian crisis with 400 social leaders assassinated since the signing of the peace agreements, but their own migratory crisis is of much greater dimensions.

In 2018, Colombia was again named the country in the world with most internally displaced people (IDP) at 7.7 million, surpassing even Syria, Iraq and Afghanistan. Additionally, Venezuela is one of the countries that has received the largest number of Colombian migrants and refugees. Recently it was estimated that there are more than 5 million Colombians in Venezuela who now benefit from the gains of the Bolivarian revolution like free healthcare, education and social security, while the amount of Venezuelans in Colombia is some hundreds of thousands.