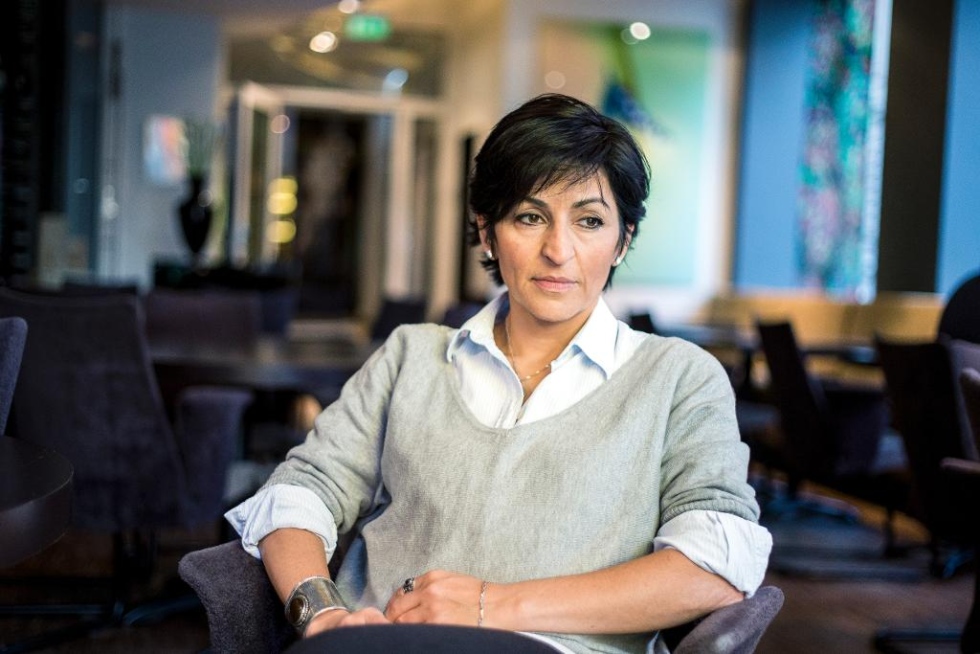 This is the second time Susan Abulhawa has been deported from Israel.

Best selling Palestinian-American author Susan Abulhawa was detained at Tel Aviv’s Ben Gurion airport by Israeli authorities shortly after her arrival on November 1 to attend a Palestinian literary festival, the National reported on Saturday. She was deported on Friday on a Tel Aviv-New York flight to the United States. This is the second instance in three years of the author of the novel Mornings in Jenin being deported from Israel.

Abulhawa was scheduled to attend the Kalimat Palestinian literary festival which is being held from November 3 to November 7. She was a guest of the British Council, which is also sponsoring the festival, and the British research group, The Kenyon Institute.

Israel’s population, immigration and border authority informed her that she was being denied entry because she had not applied for a visa ahead of her trip. Normally, citizens of the United States are exempt from applying for tourist visas to Israel.

Mondoweiss reported that Abulhawa had appealed her deportation through a lawyer while she was in the detention center. However, an Israeli judge overnight ruled in favor of her being deported. She filed an appeal in the Israeli High Court, but later agreed to leave as her appeal would not have been heard till after the sabbath, which would been too late for her to attend the festival.

According to the Israeli newspaper, Haaretz, the Israeli immigration and border authority had informed her during her last visit in 2015 to the West Bank when she was barred from entering Israel that she would need to arrange future travel to Israel or to the occupied Palestinian territories in advance, as well as seek prior permission from Israeli authorities.

Abulhawa was expected to play a major part in the festival, Mahmoud Muna, a coordinator of the festival, told Middle East Eye. She was going to speak at several of the individual events, as well as conduct writing workshops spanning almost five days in multiple locations such as Jerusalem, the occupied West Bank and in the city of Haifa in Israel.

Muna said the decision to deny entry to the celebrated author was most likely politically motivated, since she has been an active and vocal supporter of the BDS (Boycott, Divestment and Sanctions) movement against Israel.

“They are hiding behind the procedural aspect, which might be a new method they (Israeli authorities) might be using now instead of the political aspects,” Muna added.

Both the organizations representing Abulhawa – the British Council and the Kenyon Institute – stood by her throughout the deportation ordeal, Linda Hanna, a friend of Abulhawa’s, told Mondoweiss. Her publisher, Bloomsbury’s editor-in-chief Alexandra Pringle, had also earlier urged Israel to grant her permission to participate in the festival.

“Susan Abulhawa is an important and internationally bestselling Palestinian writer whose novels uniquely and powerfully portray the history and plight of her country. As her publisher and friend, I am appalled that she should be denied by the Israeli authorities entry to her homeland, thereby denying her and her many readers the opportunity to meet and talk,” Pringle told the Middle East Eye.