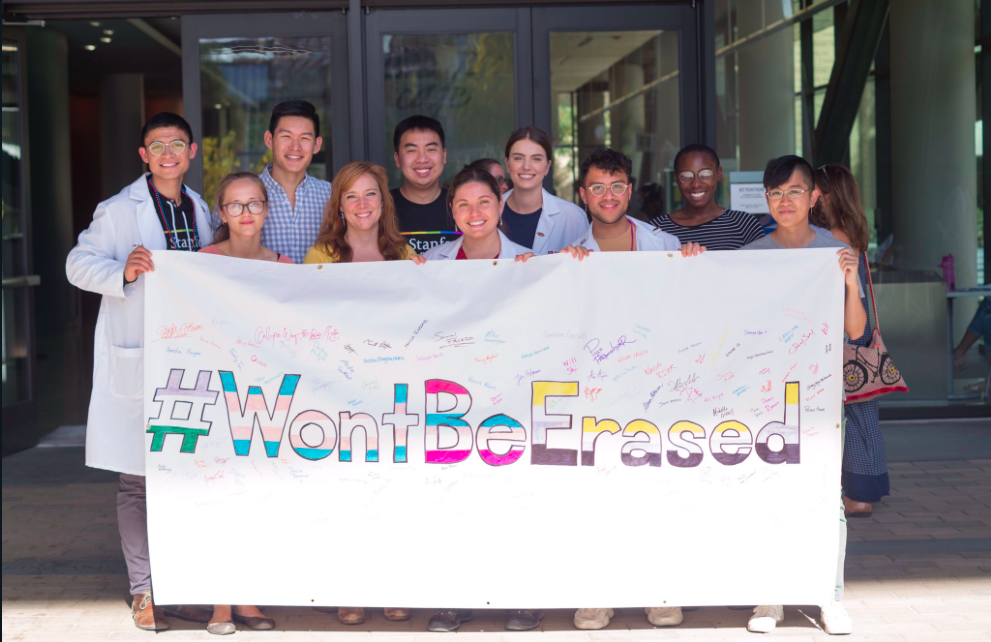 On October 21, Sunday evening at Los Angeles Dodger Stadium, a large banner that read ‘trans people deserve to live’ was unfurled by a group among the audience

Thousands are out in the streets across the U.S. in order to defend gender rights against a draft circular from the Department of Health and Human Services for stricter definitions of gender. The transgender community and rights activist are outraged at this move and they see this as a violation of the federal recognition of around 1.4 million people who identify themselves with a gender other than what they were assigned at birth.

According to reports, Health and Human Services (HHS) drafted a memo to establish the legal definition of “sex”, and the agency’s proposed definition would define sex as “either male or female, unchangeable, and determined by the genitals that a person is born with […] Any dispute about one’s sex would have to be clarified using genetic testing.”

The first protest rally against this memo was organised on November 5 at the White House. Protest rallies followed in many other cities across the country. Protestors rebuked such an order as intended to erase the visibility of  transgender community in the country and so they have streamlined the protests under the slogan #WontBeErased.

“This effort by the Trump-Pence Administration to erase transgender people in the public square and exclude them from federal civil rights protections is horrific and alarming,” Human Rights Campaign’s (HRC), Legal Director, Sarah Warbelow is reported to have said. “It is imperative we understand the key players pushing for this destructive action along with their motivations, analysis, and rationale” she added.

Rea Carey, executive director of The National LGBTQ Task Force’s had stated, “Trump is too late. We are not going back to a time when transgender people were in the closet, were ignored, or excluded. As a society and as a community, we have already moved on. We are here and not going anywhere. The National LGBTQ Task Force is fighting Trump’s heartless, extremist, and transparent political attack on millions of Americans.”

On October 21, Senator Bernie Sanders tweeted that “The cruelty and bigotry of this administration truly has no limit. We should be doing everything we can to protect our transgender brothers and sisters.”

Democratic Socialists of America, in their statement, condemned the attack by the Trump administration on the rights of transgender and genderqueer people. They have claimed that “the proposal would cause great harm to transgender, intersex, and genderqueer people. It reflects that administration’s sexist and transphobic positions. The administration has also sought to prevent transgender people from serving in the military and has challenged civil rights protections included in the nation’s health care law. Federal agencies have withdrawn policies that recognized gender identity in schools, prisons and homeless shelters”. DSA recognizes that this is part of the administration’s attack on human rights, and encourages chapters to work with local organizations fighting against these proposals.