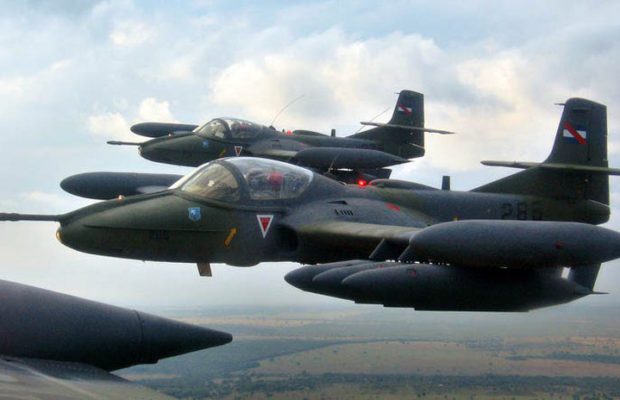 As many as eight US aircraft and 400 personnel will be stationed in Uruguay during the G20 summit.

In a session on November 13, the Uruguayan Senate unanimously approved a bill to authorize the entry of foreign troops into the country. In the bill, the government requested authorization to host U.S. military troops and aircraft to carry out security tasks in order to protect president Donald Trump during the 2018 G20 summit meeting, which will be held in Buenos Aires, Argentina, from November 30 to December 1, 2018. The bill was presented for urgent consideration on October 30 by defense minister Jorge Menéndez.

The bill also sought authorization for “troops from other participating countries [to enter Uruguay] that expressly require it from the Executive Power, and must do so within the same time frames authorized for the United States”.

The request seeking entry for eight U.S. Air Force aircraft and up to 400 people, including civilians, military personnel and members of the US secret service, was made by the US Embassy’s office of defense cooperation in Montevideo. Troops and aircraft will remain in Uruguay from November 26 to December 3.

Uruguayan President Tabaré Vázquez defended the entry of US troops. The president said that “Uruguay could not refuse the demand” from the United States. “Uruguay has treaties with different countries on cooperation work at the defense level, [and] at the level of the war on terror”, he added.

Defense minister Menéndez said the collaboration was part of the agreements it had signed with various countries for military cooperation. “These agreements oblige Uruguay to provide logistical support in particular circumstances”, he said.

On the other hand, the bill was strongly condemned by various social organizations and people’s movements even before it was debated.

“I am against it. They didn’t give me freedom of action. This is what I call the club of the rich. We don’t support rich clubs. Uruguay has nothing to do with the G20. I do not understand why Uruguay is being used as a base of operations”, said a senator of the Broad Front, Constanza Moreira.

The representative of Unidad Popular (a group of left-wing political parties), Eduardo Rubio, also questioned the rationale of Uruguay becoming the operational platform of military contingents “who will come to take care of those people who will be in Argentina”.

The secretary general of the PIT-CNT, the biggest Uruguayan trade union center, Marcelo Abdala, said that he was “absolutely against this initiative.”

On November 8, the executive secretariat of the PIT-CNT issued an official communique, in which it rejected “the entry of military troops.” terming them “a risk to national sovereignty”. The communique also stated that “the operation has no basis from the military and logistical point of view” since the summit will be held in Argentina.

Amid the generated controversy and condemnation, the bill will be debated by the House of Representatives next Wednesday.