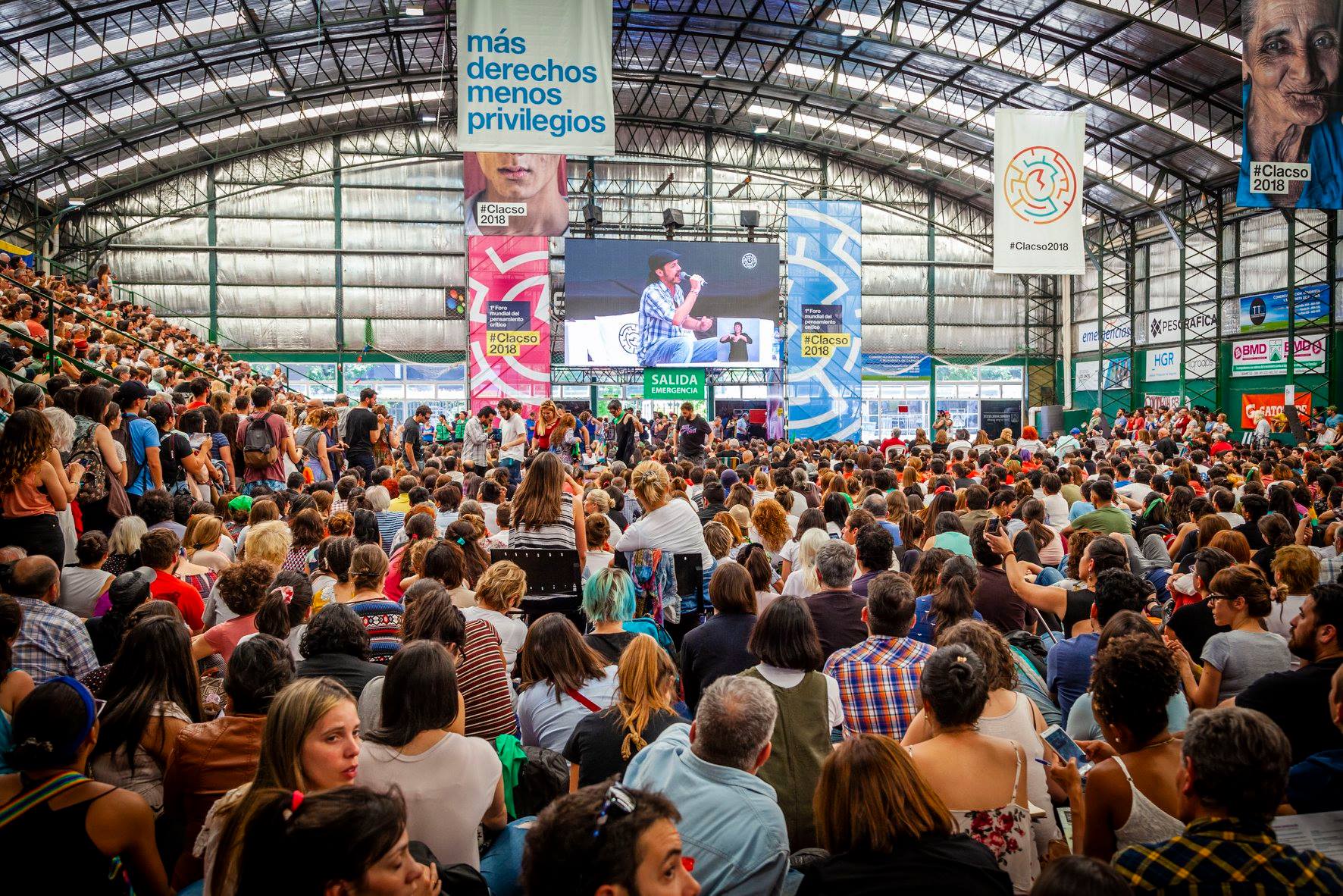 On Monday November 19, thousands of students, academics, professors, activists and politicians gathered in the city of Buenos Aires for the 1st World Forum on Critical Thought as part of the 8th edition of the Latin American and Caribbean Conference of Social Sciences (CLACSO) held on the theme, ‘Struggles for equality, social justice and democracy in a turbulent world.’

All the speakers emphasized the crisis facing Latin America and the rest of the world today and the necessity to act in unity to confront it. They spoke of the crisis generated by neoliberalism and capitalism which has caused unprecedented levels of inequality, poverty, environmental destruction, violence on racial and gender lines and has facilitated the rise of extreme-right wing leaders like Jair Bolsonaro and Donald Trump.

Dilma Rousseff, the former president of Brazil who was overthrown in a constitutional coup in 2016, gave the opening address. She spoke specifically about the case of Brazil, reflecting on her own experience as president and the coup against her, and linking it to the political persecution and the incarceration of Luiz Inácio Lula da Silva, as well as the election of Jair Bolsonaro as a continuation of this process of coup d’etat.

Rousseff emphasized the importance of the movements, such as the Landless Rural Workers Movement (MST) and the Homeless Workers’ Movement (MTST), who defend and fight for the basic rights of Brazilians to land, housing and a dignified life, while the government attacks the rights of the workers, pensioners and marginalized communities. Rousseff concluded stating: “I have no doubts that suppressing Brazil is the necessary step to dominate all of Latin America.”

The presence of former Argentine president Cristina Fernández de Kirchner in the forum mobilized thousands. She spoke at a session titled ‘Capitalism, neoliberalism and the crisis of democracy.’ The former president discussed the current crisis in Argentina under the leadership of Mauricio Macri with the devaluing of the peso, a growth in external debt, the agreement for a loan for millions of dollars from the International Monetary Fund and the harsh austerity measures that the government has imposed on the population, such as cuts to large parts of the public sector, social welfare programs and mass layoffs.

Álvaro García Linera and Juan Carlos Monedero addressed the forum on ‘The future of the left and human dignity.’ Linera and Mondero made important reflections on the left and where we are today. Just twenty years ago, the ‘won decade’ or the ‘cycle of progressive governments’ was beginning in Latin America, wherein progressive or left-wing leaders were heads of government in Brazil, Argentina, Venezuela, Bolivia, Ecuador, Honduras, Haiti, and Uruguay.

Today, Latin America has been retaken by a hawkish neoliberalism under far-right leaders. Democratic institutions and democracy itself have lost their legitimacy, the natural resources of the continent are being pillaged by transnational companies, and the criminalization and assassination of activists and social leaders is happening at an alarming rate.

However, insisted Linera, it is important that the left wing also be conscious to not do the same, “We must be calm and prepare in the limits and errors committed during this first wave, because we have to prepare ourselves for the second”.

The Spanish politician, Juan Carlos Monedero, reflected on the nature of what is meant to be progressive and left-wing at this moment: “There is a fundamental idea that differentiates progressives from conservatives. As progressives, we trust in human beings; conservatives do not. The people that do not trust human beings will end up justifying authoritarian governments, even violence and paramilitarism. Rather, left  wing thought needs to trust everyone.”

The week’s activities will continue till Friday, with panels and special forums in different locations across the city of Buenos Aires. The events are taking on questions of gender, class, race, historical memory, capitalism, neoliberalism, left theory, extractivism, territorial resistance in Latin America and the Caribbean and in rest of the world.

Social movements and organizations from Argentina and across the world have been planning a week of action against the IMF and the G20 in parallel with a People’s Summit, mass mobilizations and a festival.