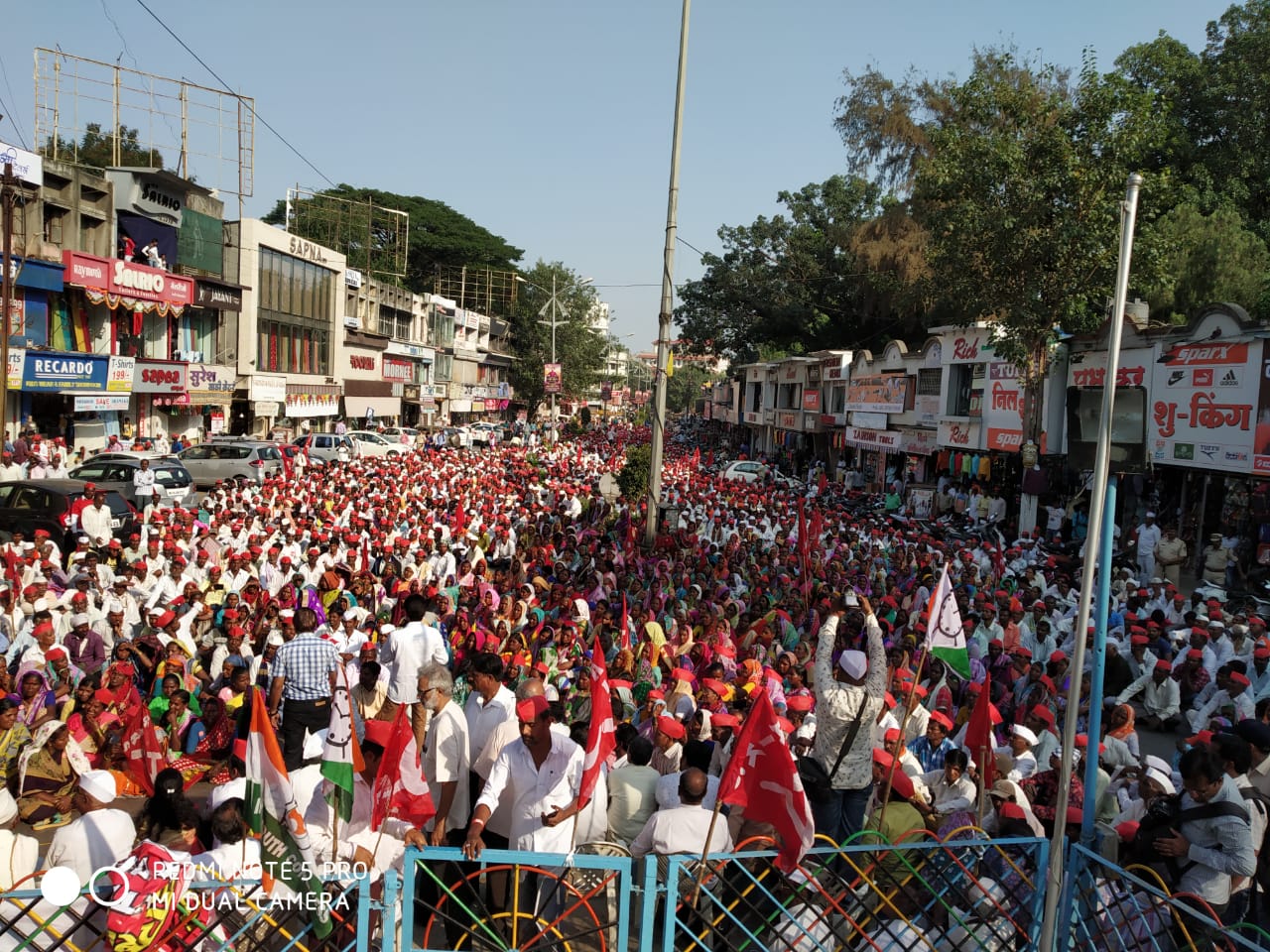 Farmers' mobilizations are being held across the country ahead of the massive march planned on November 29-30.

On November 29 and 30, more than hundred thousand farmers from across India will converge in the capital city of New Delhi. They will march to parliament, highlighting the agrarian crisis which has lasted in India for decades, and the role of the far-right Bharatiya Janata Party (BJP)-led government in intensifying this crisis.

Marching along with them in solidarity will be organizations of students, industrial workers, retired soldiers and the oppressed castes. The demand of all these sections is for a special session of parliament to discuss the agrarian crisis, and the National Commission on Farmers’ 2006 report. The latter had recommended crop acquisition by the state at a minimum support price (MSP) which is 50% above the full cost of production and redistribution of ceiling-surplus land to the landless, among other measures to alleviate the farm distress.

One of the key demands of the protesters is the adoption of a bill by parliament to waive off farmers’ debts which have led hundreds of thousands of them to commit suicide over the last two decades. Other demands include ensuring forest rights for indigenous communities, policies enhancing the country’s food security, affordable education and health care.

The world’s largest producer of wheat, rice, pulses, sugarcane, cotton and milk, and the second largest producer of fruits and vegetables, India is home to 40% of the undernourished children on the planet. As on 2013, according to a World Bank’s estimate, the percentage of children suffering from malnutrition in India was twice that of sub-Saharan Africa.

38% of Indian children under the age of five suffer from stunted growth or irreversible brain damage due to undernourishment, and more than half the women of reproductive age are affected by anemia. This agrarian crisis, marked by immiseration of the peasantry and a decline in the average nutritional intake of the country, has been unfolding for decades now.

After India’s entry into the WTO in the 1990s, following the liberalization of the country’s economy after accepting a loan from IMF, the protection afforded to Indian peasantry was dismantled. This threw open the borders for agricultural commodities produced in advanced industrial countries. While exports of agricultural commodities declined, imports, which were worth $4.19 billion in 2004-05, rose to almost $12.6 billion by 2014-15. By 2016, it had risen further to almost $21 billion. This flooding of the domestic market with agricultural goods produced with heavy subsidies in western countries has caused a sharp decline in food grain prices domestically.

On the other hand, the cost of agricultural inputs has seen a sharp increase due to reduction of subsidies on fertilizers and other inputs. With no price controls in place, multi-national agri-businesses, which have monopolized the production of many crucial inputs, have ratcheted up the prices further. This has resulted in a situation where the price a farmer receives for his produce is often lower even than the cost of production.

This lack of profitability in cultivation has forced a large portion of peasantry to borrow money to meet the expenses of cultivation. Between 1991 and 2013, the percentage of farming households in debt rose from 25.9% to 35%. Debt-asset ratio, which is a measure of the extent to which indebtedness is draining the value of one’s assets, almost doubled in this period.

While bank loans for the agricultural sector were prioritized before liberalization, starting from 1991, the credit allocation, in line with the neoliberal diktat, was increasingly made along the lines of profitability rather than for the purpose of meeting the most basic of national needs.

While 64% of the debt of rural households were owed to banks and cooperatives in 1992, by 2013, it had declined to 56% as the government reduced the credit available to the cultivators. As more and more farmers, desperate for capital, turned to informal sources, the share of debt owed to moneylenders, who charge usurious rates of interest, almost doubled.

This debt owed to moneylenders is widely recognized to be the most important reason driving farmers to commit suicide. Between 1995 and 2015, over 300,000 farmers have killed themselves, according to data from the National Crime Records Bureau (NCRB). Suicides committed by women and lower caste farmers are largely excluded from this figure, because they are not often counted as farmers in official statistics due to not possessing the title for the land they own and cultivate.

It was in this context that during the 2014 election campaign, the current prime minister, Narendra Modi, who was the BJP’s prime ministerial candidate, presented himself as the savior of farmers. Attacking the previous government headed by the Indian National Congress party, he promised to address this agrarian crisis. Appearing before masses of peasants – sometimes in person and sometimes as a 3D hologram – Modi promised that if elected, his party would provide farmers with remunerative prices of 50% over the cost of production, as calculated in the 2006 report.

The party’s election manifesto “was literally a wishlist of the farming community. Except for land reforms, almost every other demand [of the poor peasants] was featured in it. Cheaper credit, cheaper inputs, remunerative prices, insurance for crop loss, [the promise that] no land would be acquired without the consent of the farmers, water for each farm” were all assured during the election campaign, said Vijoo Krishnan, the joint secretary of All India Farmers Federation (AIKS) and Central Committee member of Communist Party of India (Marxist), at a public meeting recently.

Krishnan recalled how they met the agriculture minister of the newly formed Modi government a few days after the election, and demanded an MSP of over 50%. However, they were told, “These are just election promises; they cannot be implemented.” The national president of the currently ruling BJP party has dismissed the promise as “election tricks”.

A year after this government was formed, when the Consortium of Indian Farmers’ Association filed a Public Interest Litigation to hold the government accountable, the government told the supreme court that it was not possible to provide the promised MSP, because doing so would distort the market.

Having promised that no land acquisition would be undertaken without farmers’ consent, Krishnan said, the government, “within six months of coming to power.. came up with the land acquisition ordinance which literally mentioned that there is no need for any consent of farmers when [their] land is being acquired for different projects… The entire livelihood of the farmers and agricultural workers depends on land, and this government was telling you need not ask [them] for their consent.” Agricultural land of an area “at least twice the size of Britain is.. potentially under the threat of acquisition,” he warned.

While crop insurance was promised, the scheme that was offered – under the name of ‘Prime Minister’s Insurance Scheme’ – turned out to be, as the renowned rural journalist P. Sainath put it, a massive scam. As on last year, a handful of insurance companies which had monopolized the sector, were reaping profits of over $100 million a month amongst themselves, while the number of insured actually declined. In one district, farmers whose soybean crops were destroyed were paid between half a dollar and seven dollars as ‘compensation.’

Farmers’ suicides, which the BJP had promised to put an end to if elected, rose by 40% in the first two years of its government. In 2015, when the issue was becoming more and more politically sensitive, the NCRB stopped publishing data on farmers’ suicide.

As many as 12 States and six union territories declared the number of farmer suicides that year as “zero”. State governments selectively leak figures about suicides to the media using data from the revenue department. Being responsible for handing out compensations to the families of farmers who commit suicide, the revenue department has high stakes in understating the real number of farmer suicides.

While this has been the plight of the approximately 119 million cultivators in the country, the situation of the approximately 144 million landless agricultural laborers is no less dire. So low are the wages they earn that, according to one analysis based on data collected from 17 villages, “a family of five (a male worker, a female worker and three dependents) would require more than 600 days of employment [in a year] at currently prevailing wages in order to obtain earnings equivalent [to] the [World Bank’s] dollar-a-day poverty line ,” states a fact sheet released by the organizers of the upcoming march. This situation has brought together the farmers and agricultural laborers in a common struggle – two groups who have often been at odds with each other.

The distress in the agricultural sector as a whole, which today employs almost 55% of India’s workforce, has been forcing cultivators to give up farming. Between 2001 and 2011, 9 million farmers have quit agriculture.

A majority of them have been migrating to small towns and cities in search of jobs. In a country which is also suffering from an acute unemployment crisis, there are not enough jobs to accommodate them. Not being able to find formal employment, most end up living in crowded slums in cities, working as casual laborers who are heavily exploited by a network of contractors.

The low wages they end up receiving for working for long hours in the absence of labor rights is further driving down the already abysmal average wage rate of two dollars a day for casual laborers in India.

“Such upheaval as being currently witnessed in rural India cannot leave its cities untouched. As distress migration from rural India continues unabated , and intensifies, the pressure would be as much on urban India . The very model of our social, economic, and perhaps political organisation, is under threat ,” states a document released by the organizers of the march, arguing that the agrarian crisis is the nation’s crisis. It is, the document concludes, “myopic for anyone to feel insulated from the rural tragedy that is unfolding right now.”

Amid COVID-19 crisis, India buys $116 million worth of guns from Israel 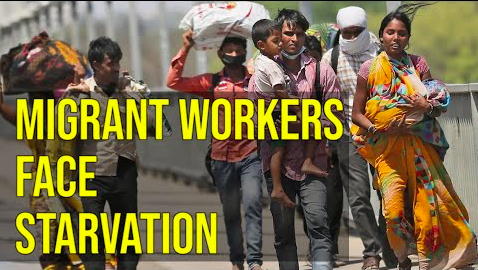 For India’s migrant workers, the flight from COVID-19 leads to starvation 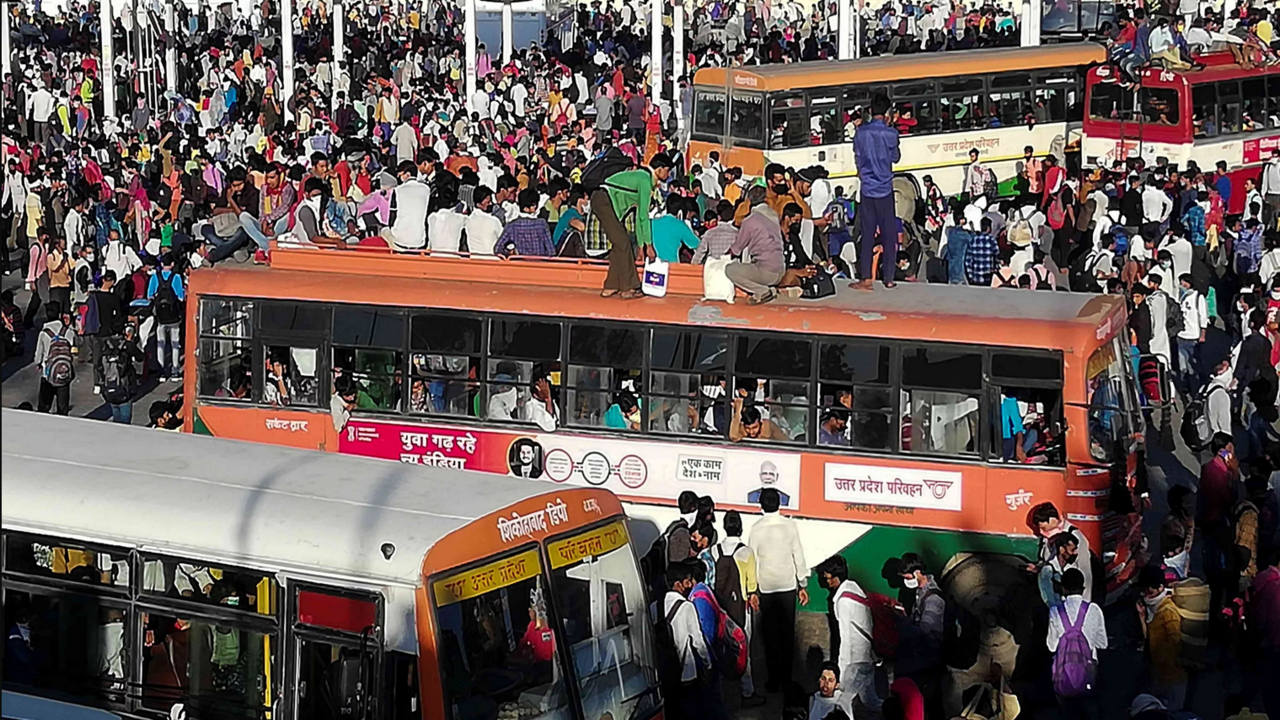