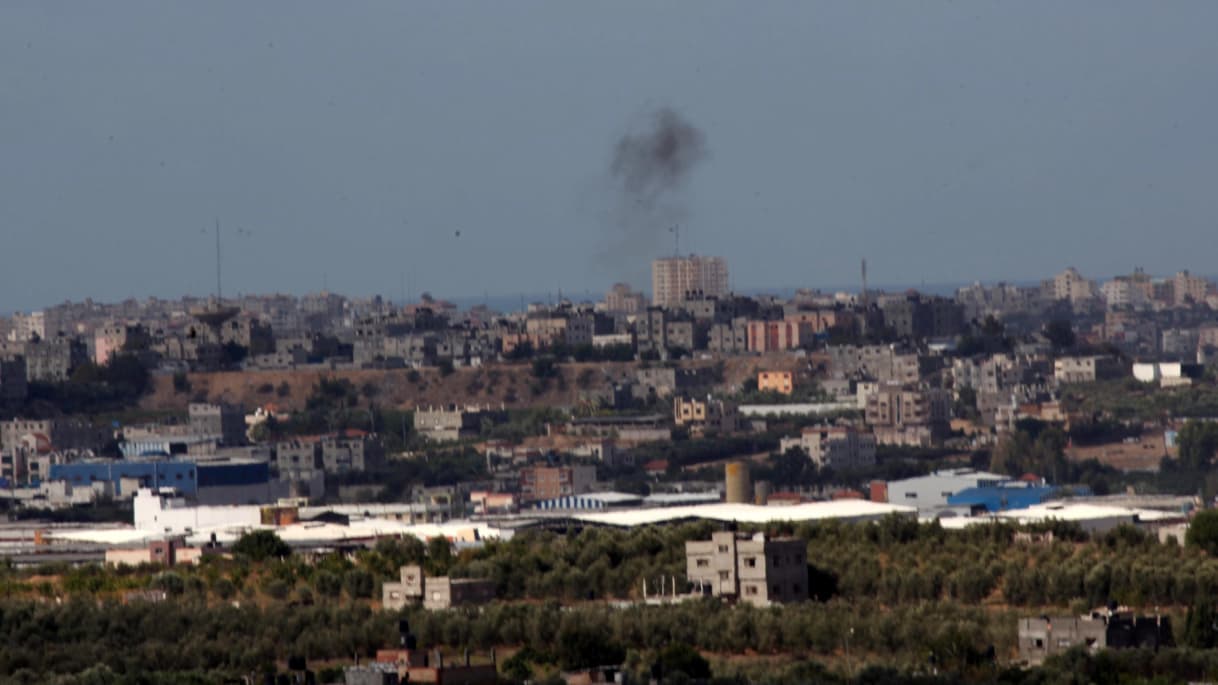 Over the past few months, Israel has launched at least 160 strikes on Gaza.

Israeli Defense Forces (IDF) reportedly conducted airstrikes on at least two Hamas positions in the blockaded Gaza strip on Sunday. Israel said these strikes were in response to the alleged firing of rockets and balloons into its territory.

A Hamas source confirmed the Israeli airstrikes, saying that one occurred in the east of Khan Younis in southern Gaza while the second was in the east of Gaza city. The targeted observation posts belonged to the armed wing of Hamas. The source added that no injuries were reported.

According to IDF sources, a bomb improvised by using a large cluster of balloons and a drone-like glider device was sent towards Israel on Sunday morning which landed in carrot fields in the Sdot Negev region of Southern Israel. An IDF helicopter responded by targeting the two Hamas observation posts. Later in the day, Israeli attacks were also reported from the southern and central parts of Gaza.

The Israelis also claimed that on Sunday night, the US-funded Iron Dome missile defense system intercepted a rocket fired towards Israel from the Gaza strip. The rocket activated sirens near the city of Ashkelon in southern Israel and the Israeli military responded by attacking several Hamas targets with airstrikes.

Towards the end of December, an IDF helicopter had attacked a Hamas installation in Southern Gaza after Israel made similar allegations of rockets being launched into its southern areas. Gaza has witnessed an alarming escalation in violence in the last two months. The IDF has attacked more than 160 targets in the Gaza strip, including buildings belonging to Hamas and Islamic Jihad, while there have reportedly been approximately 460 rockets fired from Gaza towards Israel. 7 Palestinians have died as a result of the Israeli bombings, with no Israeli casualties reported.

Israel has invaded Gaza three times since 2008 and blockaded the tiny, densely populated piece of land, home to close to 2 million Palestinians, since 2006, the year in which Hamas, the Palestinian faction that currently rules Gaza, won the majority in the Palestinian legislative elections. Subsequently, it captured power in Gaza and expelled the rival Palestinian faction Fatah, after the latter refused to abide by the election results.

Since March 2018, the border between Gaza and Israel has witnessed regular, weekly protests called the ‘Great March of Return’. The protests started on March 30th, the Palestinian commemoration of Land day. The two key demands include the international recognition of the right of Palestinian refugees to return to their lands and homes from which they were expelled during the establishment of the state of Israel in 1948, and the lifting of the almost 13-year-long barbaric blockade and siege of the Gaza strip by both Israel and Egypt. More than 240 Palestinians have been killed by Israeli gunfire, airstrikes and tank fire since the protests began. More than 25,000 others have been injured.