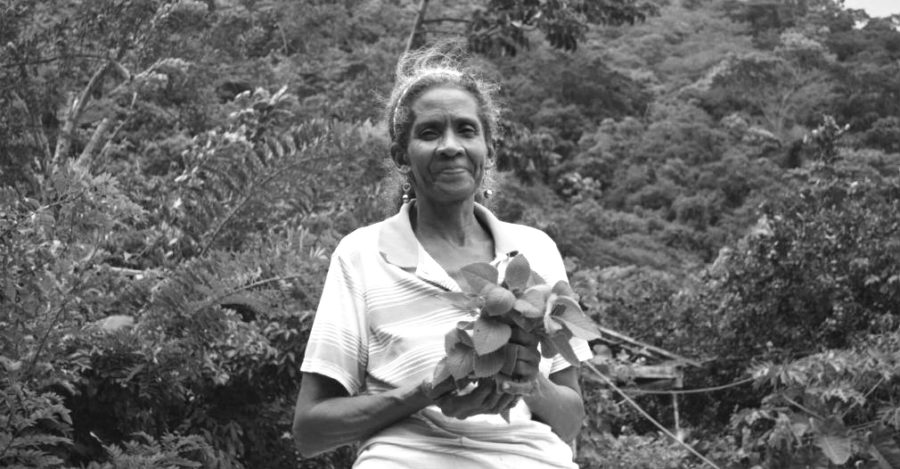 Peasant leader Maritza Isabel Quiroz Leiva was shot dead on a small farm near the caribbean city of Santa Marta. Maritza is a mother to four children and is the sixth social leader to be assassinated in 2019.

Only 9 days have passed since 2019 began and almost 10 social leaders and human rights defenders in Colombia have been killed. The phenomenon of right wing paramilitary violence and state violence against Colombian leaders surged in 2018.

Human rights organizations estimate that more than 200 leaders were assassinated last year, and since the Havana Peace Agreements were signed in September 2016, more than 400 leaders have been assassinated.

With these alarming numbers that continue to climb, social movements and organizations have questioned the political will of the Colombian government to protect the lives of Colombia’s leaders. Many of the leaders who have been assassinated had already denounced threats against them and asked for protection measures from the government.

On January 6, peasant leader Maritza Isabel Quiroz Leiva was shot dead on a small farm near the caribbean city of Santa Marta. Quiroz Leiva was part of the district roundtable of victims and was a land claimant, she also was active in fighting for the rights of peasants in her region. She was a victim of the armed conflict, having suffered forced displacement and the tragic assassination of her husband, the Constitutional Court had requested she receive measures of protection. Maritza is a mother to four children and is the sixth social leader to be assassinated in 2019.

Gilberto Valencia was assassinated on January 1 in Suárez in the Cauca department. The young Afro-colombian leader was president of the Community Action Council in his neighborhood and promoted cultural activities. He was part of the musical group ‘Los Herederos’ which won a prize in 2015 for being a cultural proposal promoting reconciliation and peace.

On January 4, peasant leader José Rafael Solano González was assassinated in his home in front of his family by armed men in a rural part of the department of Antioquia. He was part of the Community Action Council of his village and was 60 years old.

The same day, Wilmer Antonio Miranda, a social leader and human rights defender, was assassinated in Cajibio in the department of Cauca. He was part of the Association of Peasant Workers of Cajibio and the Unified Agriculture and Livestock Trade Union as well as part of the Social and Political coordination of the mass movement Marcha Patriotica.

The National Agrarian Coordinator (CNA), a platform of peasant organizations in Colombia, released a statement on January 5 condemning the wave of assassinations and persecution.

“Contrary to what the current government proclaims it is not guaranteeing in anyway the full rights, on the contrary it is infringing on all rights, like the right to life, mobilization, organization among others, and the consequence in this dictatorial regime is the perpetration of a new genocide, persecution, stigmatization, criminalization and incarceration of those of us who dare to think differently and present the country with a distinct proposal to the model of displacement and exploitation, one where the center is life and not the accumulation of capital.”

They also denounced the assassination attempts suffered by two of their members. On December 28, Arnold Gálvez and his family were shot at by two armed men on a motorcycle while they travelled between towns in the South of the Bolívar department. Arnola is a member of the Agrarian-Mining Association of the South-South of Bolívar which is part of the CNA.

On January 4, Dima Jalessi Parada was shot at by two armed men on a motorcycle as he left his home at 7 in the morning. He was hospitalized after the attack. Parada is a peasant leader and human rights defender who is a member of the Committee for Social Integration of Catatumbo of the CNA.

The CNA and other organizations have placed responsibility for these grave human rights violations and crimes on the Colombian government. It has done little to put a stop to the genocidal social practice that threatens to get worse in 2019 and at the same time has been violating the peace agreements that were signed more than two years ago and refuses to advance with the peace negotiations with the National Liberation Army. Many question whether the current government has any interest in peace in Colombia.

The past week also saw grave threats to alternative media in Colombia. Ex-president Álvaro Uribe Vélez accused the alternative news agency Colombia Informa of spreading fake news on his Twitter and Instagram after they published an article revealing that Uribe has links with Santiago Gallón Henao who is currently being accused of drug trafficking. Henao has been accused for links with paramilitary groups and drug trafficking several times and his links to Uribe have been exposed with in-depth reports and investigations. The posts by Uribe mobilized his supporters to attack the news agency, calling them guerrilleros and terrorists.

In response, Colombia Informa, which has been actively following the assassinations of social leaders, the corruption scandals of far-right politicians and exposing links of said politicians to paramilitary groups, published “To Senator Álvaro Uribe we would like to clarify that Colombia Informa does not produce fake news but we are not neutral. Our exercise is guided by ethical norms and has the objective of raising awareness to the struggles for a just and equal society, contributing to the debate of ideas and the analysis of events from a broad, mass, rigorous and critical perspective. Allow us to do so with guarantees of security for our profession”.