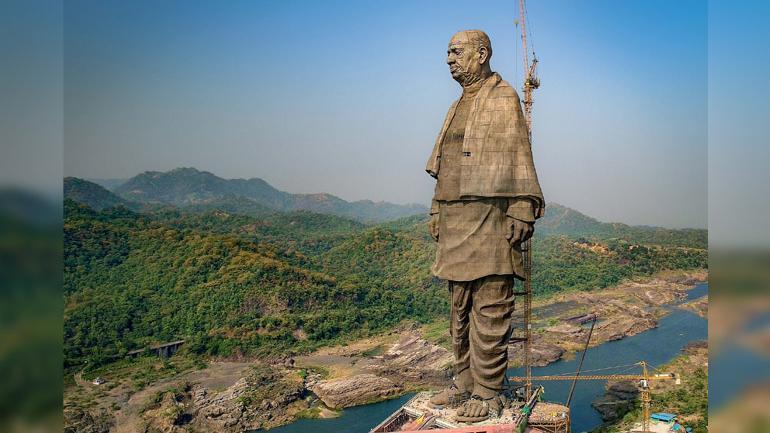 The statue was inaugurated on October 31 to protests by residents of the locality. Photo: India Today

In October 2018, Indian prime minister Narendra Modi inaugurated the Statue of Unity, a tribute to Sardar Vallabhai Patel, a freedom fighter and the country’s first deputy prime minister. From the time of its conception in 2010, the statue, billed as the tallest in the world, had come under criticism as an instance of unnecessary expenditure and an attempt to promote jingoism, especially since it is located in a region with a high degree of poverty. Last week, the project was hit by another controversy as workers involved in its maintenance went to strike, protesting the non-payment of salaries.

Over 100 employees at the site in Modi’s home State of Gujarat have reportedly not been paid for the past three months. The employees, who work for a company named Updater Services Ltd (UDS), including security guards, gardeners, sweepers, liftmen and ticket checkers. All of them are dependent on these daily wages for survival. Incidentally, the government had claimed that the opening of the complex would lead to a huge rise in jobs and economic development in the region.

Speaking to NewsClick, Arun Mehta from the Centre of Indian Trade Unions (CITU) in Gujarat, said, “The private company which employees these workers is supposed to receive grants from the State government. Most of the workers get about Rs. 8,000-10,000 (USD 111-138) per month and some supervisors earn Rs. 14,000 (US 194) and perhaps more. These workers have not been paid for the past three-four months. Currently, they are resorting to demonstrations and they even formed a human chain to draw the attention of the government. They cannot resort to any aggressive protests, given the fact they are contractual workers.”

The Central and State governments have sought to portray the statue as a major source of revenue through tourism even as the workers struggle to sustain themselves. Union tourism minister KJ Alphons, in a parliamentary reply, claimed that the “revenue generated from visitors to Statue of Unity from November 2018 to January 2019 is Rs.19.47 crore (USD2.7 million),” and “the number of tourists who visited the Statue of Unity in the three months was 781,349 as against an yearly average of 822,009 tourists visiting [the nearby] Sardar Sarovar Dam in the last five years.”

Responding to this, Mehta added, “This is sheer hypocrisy on the part of the government. Meanwhile, the non-payment of salaries has left the workers with no alternative.”

The Rs 2,989 crore (USD 415 million) project has also faced condemnation for the alleged use of funds from Public Sector Undertakings during its construction. Members of the indigenous community in the region have criticized the project, and its inauguration was met with protests by residents.