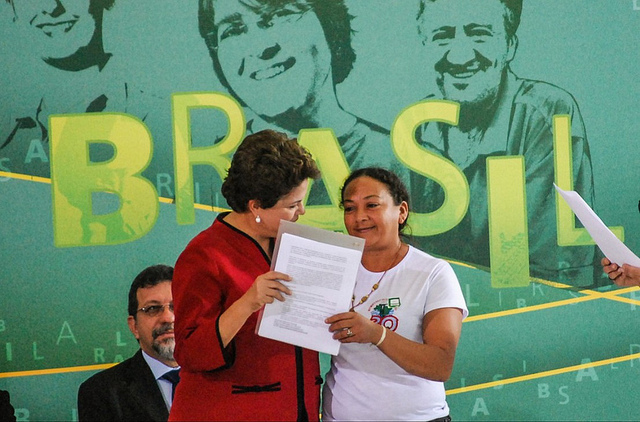 Dilma Ferreira Silva (right) and the then president of Brazil, Dilma Rousseff / Handout/MAB

A triple homicide last week in northern Brazil took the life of a regional coordinator of the Movement of People Affected by Dams (MAB), her husband, and a friend.

Dilma Ferreira Silva, 47, who was affected by the Tucuruí hydro power plant and was an MAB coordinator since 2005, was killed in her home in the Salvador Allende settlement, in the rural area of Baião, Pará state. Her husband, Claudionor Costa da Silva, 42, and Hilton Lopes, 38, a family friend, were also murdered.

The Tucuruí hydro power plant was built during the military dictatorship (1964-1985) and is one of the country’s biggest plants. It is located 310 kilometers (roughly 200 miles) from the capital of Pará state, Belém. Approximately 32,000 people were displaced to build the dam and they have been fighting for more than 30 years to have their rights respected. According to the MAB, they have never received compensatory damages.

According to the Pastoral Land Commission (CPT), Silva is the first land activist to be killed in the Brazilian Amazon in 2019.

According to reports from the scene, five people riding on three motorcycles arrived at Silva’s house around 9pm on Thursday, Mar. 21, where she also ran a small store. There was loud music coming from the house all night, something that was unusual, according to neighbors.

The next morning, a school bus stopped outside Silva’s home, as the activist worked as a monitor at a local school. The workers got off the bus and found the three bodies. The victims were bound, gagged, and, according to the first information disclosed by the investigators, were killed with a bladed weapon.

The murder weapon was found and sent to forensics.

The MAB coordinator had injuries all over her body and her throat was cut. The police believe she may have been tortured, and investigators are treating it as an execution. The motive of the crime is still unclear.

State authorities released a statement saying the police created a special task force to investigate the triple homicide. They argued that it is still early to detail one specific theory to explain the motive behind the crime.

Officially, there is no conflict involving the area where Silva lived, as the old occupation was regularized by Brazil’s Institute for Colonization and Agrarian Reform (INCRA) in 2012.

No suspects have been arrested yet.

The MAB is planning to meet with the chair of the Human Rights and Minorities Committee of Brazil’s Chamber of Deputies, Helder Salomão, to discuss the case and demand protection for human rights defenders in the state of Pará.

The Salvador Allende settlement is located at the Transcametá Road in Pará. The area used to be the Piratininga Farm, which was occupied by the Landless Workers’ Movement (MST) in 2011. After gunmen kicked out the workers who were occupying the land, the MAB joined the MST and the Federation of Small Family Farmers (FETRAF) to organize the families.

The area was claimed at the time by farmer Renato Lima. The INCRA found he did not have the documents to prove he owned the land, and started the conversations to include the area in its land reform policy. In 2012, the families started to receive their plots of land. Silva was one of the recipients and started to dedicate herself to farming and organizing a MAB grassroots group in the community.

“Those who fight for land rights have always suffered in Brazil,” Lula said, according to his lawyer. “Right now, in this authoritarian regime, once again these people are working to terrorize social movements and try to silence us. But we are like seeds: when they try to bury us, we grow stronger.”

The ex-president also sent his love and solidarity to the families and said he trusts social movements to fight back. “They [the criminals] deserve our and the Brazilian society’s disapproval and our demand that this assassination will not go unpunished. Those who ordered the crime and those who executed it must be jailed.”

Another ex-president of Brazil, Dilma Rousseff also expressed her condolences for the victims and their families. She released a statement called “the murder of an activist for life” honoring Silva’s activism and attacking the hate speech of the Jair Bolsonaro administration.

In 2011, Dilma Ferreira Silva took part in a public forum with Rousseff, who was president at the time, and handed her a document calling for a national policy to ensure rights for people affected by dams, especially women. 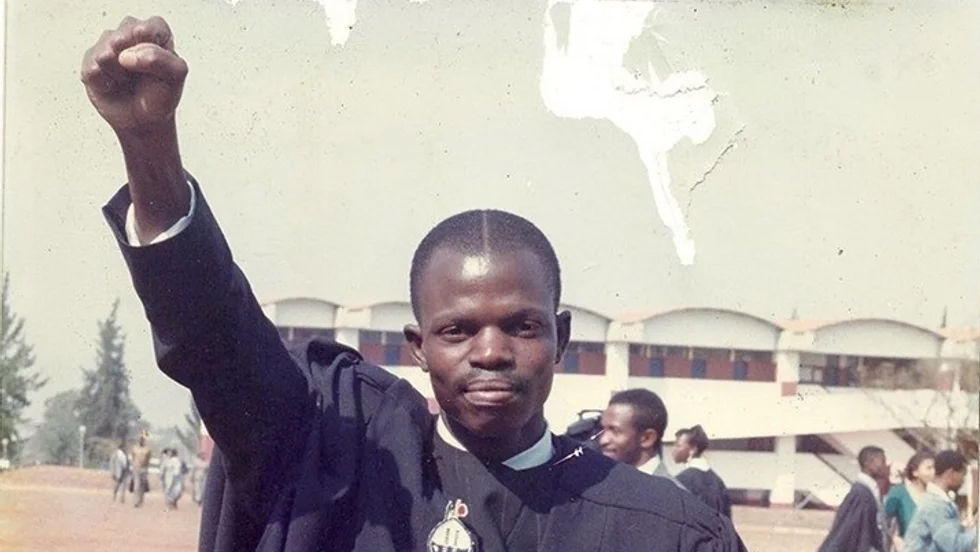