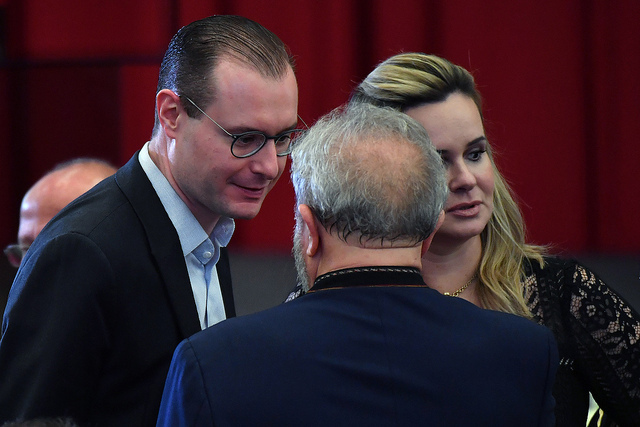 Today marks one year since the Brazilian ex-president Luiz Inácio Lula da Silva was detained to start serving a prison sentence in the headquarters of the Federal Police in Curitiba, southern state of Paraná. And for one year his supporters and defense team have been reiterating that the process has not exhausted all possible appeals in the judicial system, and, according to the country’s Constitution, he should not be in prison until his conviction can no longer be appealed.

Cristiano Zanin Martins, a defense lawyer of Lula, affirms that due to the flagrant judicial irregularities in the process, there is only one possible result, which is the annulment, in the superior courts, of the sentence which led to the detention of the ex-president.

“We have appealed in higher courts and we understand that these appeals should lead to the annulment of the judgment of conviction because it strongly violates the federal legislation and also the Federal Constitution,” he explains.

There is still no date for when the Superior Court of Justice (STJ) will analyze the special appeal presented by the defense of the former president.

However, a positive result for the ex-president may seem to be a distant reality right now. The criminal lawyer Fernando Hideo argues that the judicial organs are guided by the political context in the country and by the consequential “necessity” to keep Lula in prison, otherwise, recent decisions by the Judicial power itself should be considered in the trial scheduled to take place in the STJ.

“Some facts should have certain impact in the appeals trial in the STJ. For example, according to the recent considerations of the Supreme Federal Court (STF), of this year, that the crimes related to electoral crimes should be judged by the Electoral Justice. So, [the appeal of Lula] should be analyzed by the STJ.”

In the Supreme Court (STF), the appeals question the understanding of the court itself according to which a defendant can start serving a prison sentence after the conviction is upheld in an appeals court. The contestation is based on the article 5 of the Federal Constitution, which establishes that no one will be considered guilty until all of the appeals which are present in the law are exhausted, which essentially means that one can appeal in freedom until the definitive sentence.

As such, according to the legal expert Aury Lopes, and given the trial on direct actions for the declaration of constitutionality (ADCs) about the detention after the sentencing in the second instance, the STF will have the opportunity to revise what it considers to be a historic error of the court.

“It is one of the most incorrect decisions of the Supreme Court in the last couple of decades. The STF is the guardian of the Constitution but it is not its owner. And its interpretation is effectively wrong. In reality, our Constitution guarantees the presumption of innocence until all the legal appeals have been exhausted. The rules of court have always been like that, since Brazil was ‘discovered’ in 1500. It is a procedural concept and the Supreme Court is not going to rewrite it,” he stated.

Fernando Hideo points out that the case of Lula is representative since there are thousands of people carrying out sentences in prison before the end of the appeals process.

Finally, the Office of the High Commissioner for Human Rights of the United Nations should still analyze Lula’s case in the first half of 2019, responding to a petition presented by the defense of the ex-president. According to Cristiano Zanin, they expected that the case would be analyzed during the meeting of the committee held in March, but in a new communique sent by the Brazilian government to the United Nations, the analysis was postponed, and now it should be carried out in other meetings planned for July and November of this year.

During the electoral process, the Committee released a decision of an interim nature requesting that the Brazilian state guarantee the conditions for the participation of Lula in the presidential elections. The decision was ignored by the Brazilian authorities, although the Brazilian parliament had recognized, in 2009, the mandatory and binding nature of the decisions of the panel of the UN.

The world demands freedom for Lula

In January of 2019, the Nobel Peace Prize winner Adolfo Pérez Esquivel nominated the ex-president to be awarded with the aforementioned prize this year. The nomination of Lula as a candidate is, according to Esquivel, because of his work against hunger in Brazil and in the world. 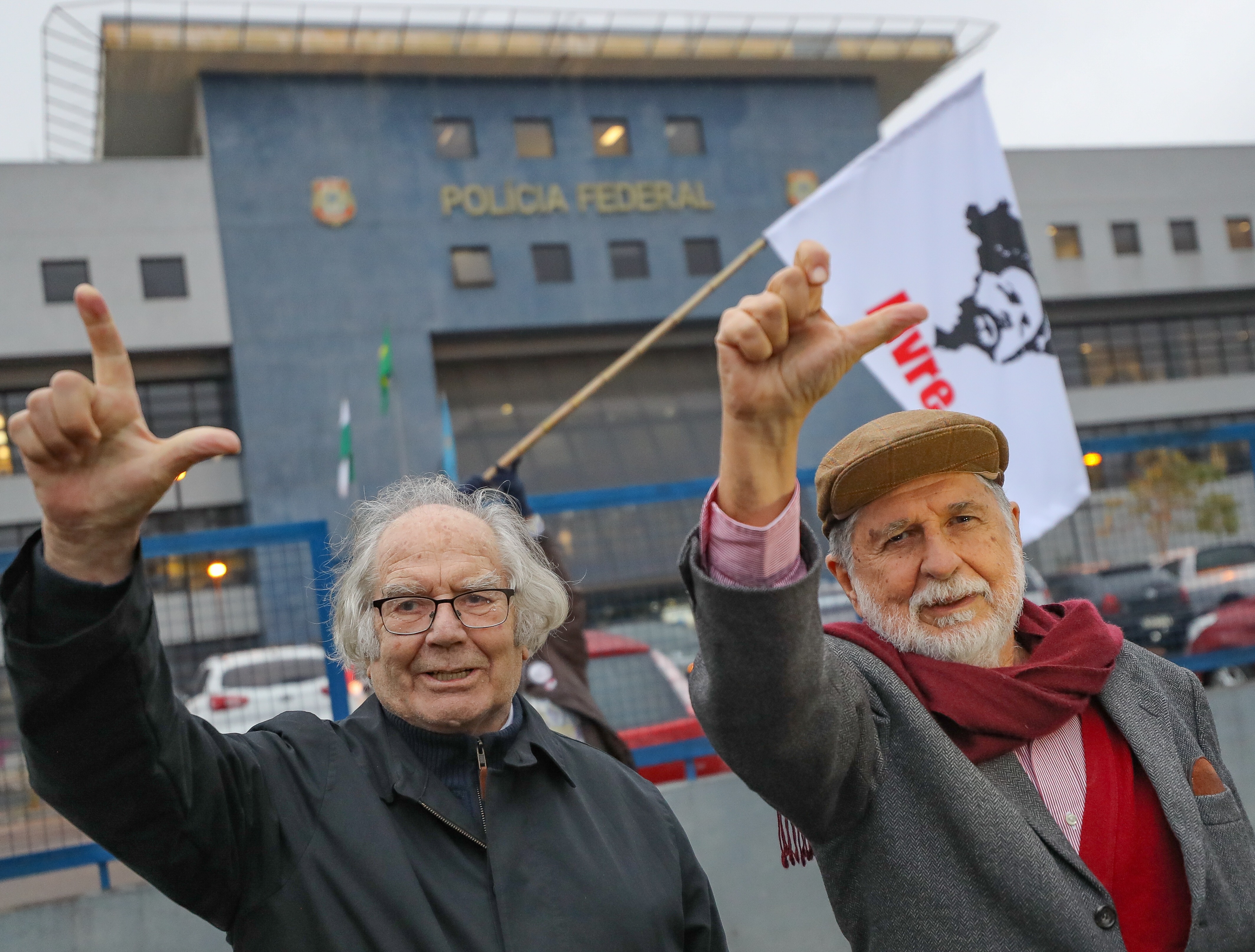 The Nobel Peace Prize winner of 1980 Adolfo Pérez Esquivel visited Lula in the headquarters of the Superintendency of the Federal Police in Curitiba, where the ex-president is detained, accompanied by the former Brazilian foreign minister Celso Amorim | Photo: Ricardo Stuckert

The nomination of the ex-president to the prize received support of more than 600,000 people and the petition was sent to the Norwegian Nobel Committee. The winner of the prize will be officially announced in October of this year.

There is a call for mobilizations in support of Lula from April 7 to 10. People’s movements in Brazil and across the world will participate in the International Rally for Lula’s Freedom, with actions in 17 Brazilian capitals and more than 32 activities in 15 other countries. 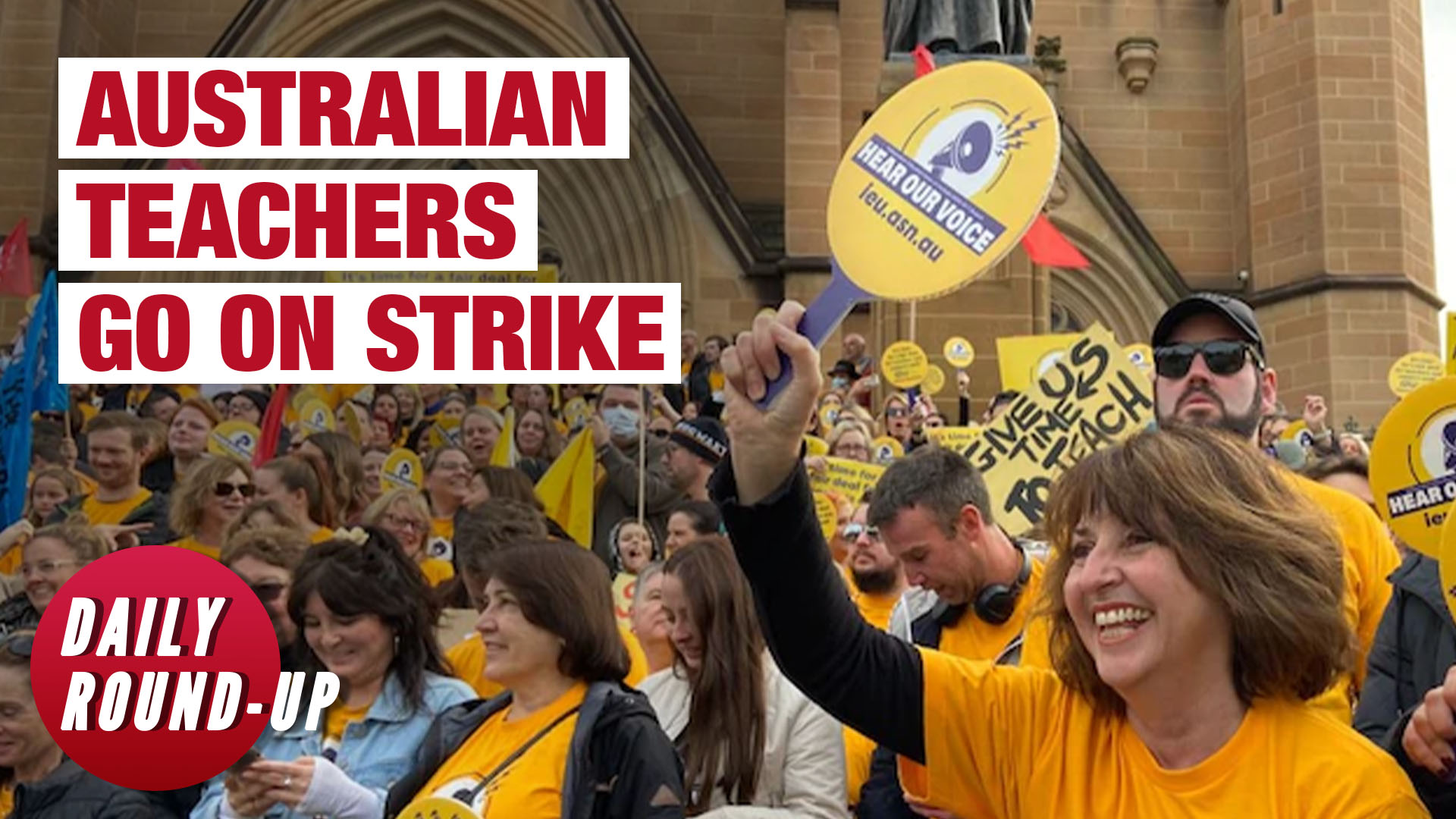