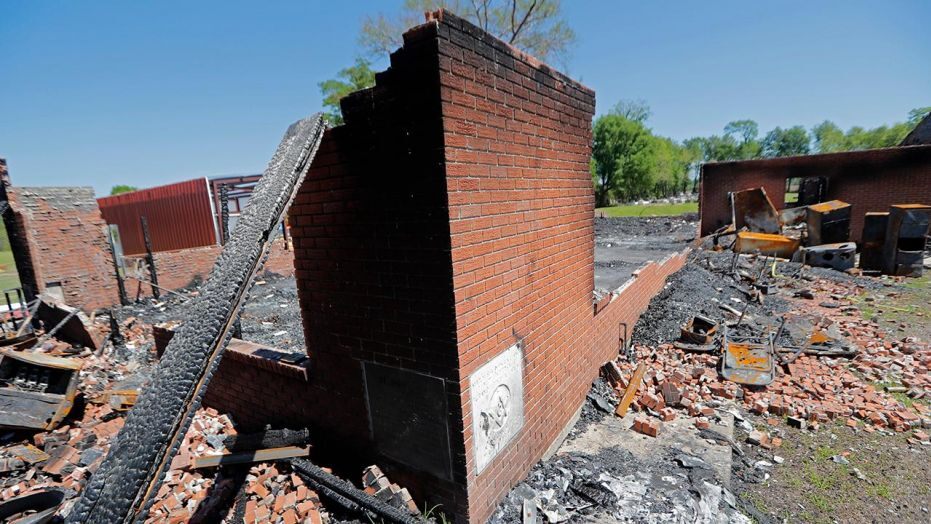 A 21-year-old man, Holden Matthews, is the prime suspect in the burning down of the churches.

Three historic Black churches – St. Mary Baptist Church, Greater Union Baptist Church and Mt. Pleasant Baptist Church – were burned down in suspected serial racist attacks in the southern  State of Louisiana between March 26 and April 6. The churches have been central places of worship, resistance and community building for the Black community of Louisiana for the past century.

A wave of support from communities across the world has led to the churches raising USD 2 million in donations through crowdfunding, which is more than the USD 1.8 million required to reconstruct them. A man has been apprehended by the authorities, and the investigation into the motives behind these attacks is underway, but reports suggest a very high likelihood of a hate crime.

The suspect is a 21-year-old white man, Holden Matthews, whose father, the sheriff’s deputy, helped apprehend him. The young man is reportedly suspected to have committed the arson, influenced by a racist and white supremacist agenda, as well as the burgeoning alt-right movements in Louisiana and the rest of the United States. White supremacist attacks on symbols of Black and Civil Rights history have risen in southern US. Recently, the main offices of the Highlander Center, which trained prominent figures of the Civil Rights movement, such as Martin Luther King Jr. and Rosa Parks, were gutted in a fire suspected to be the outcome of a racist attack.

Eric Rommal, the agent in charge of the New Orleans FBI office, told reporters that the investigation of the fires being “bias motivated” is still underway. Nevertheless, Louisiana Fire Marshal, Butch Browning, told reporters, “We are extremely, unequivocally confident that we have the person who is responsible for these tragic crimes.”

The Seventh District Baptist Association started a crowdfunding campaign which by April 14 had yielded less than USD 50,000. Meanwhile, in the aftermath of the fire in the Notre Dame cathedral in Paris, nearly 700 million was raised from across the world. Anti-racist activists condemned the absolute indifference towards the destruction of historic structures belonging to the Black community. Many of them pointed out that Donald Trump, who responded to the burning of Notre Dame, did not find the time to condemn the arson in Louisiana.

A strong community awareness campaign saw a surge in donations for the churches and by April 21, the church had received USD 2 million with another USD 100,000 being collected on April 22. Pastor Harry Richard, as part of the fundraising campaign for the three churches, put out a video thanking people for the generous support and solidarity. “I want to thank all of you who have been gracious towards us in helping us reach our goal to rebuild our church, our sanctuary, to worship our God,” he said in the video.

Hate crimes have risen exponentially in the US after Donald Trump took office in January 2017. According to an annual report by the Federal Bureau of Investigation, released in November 2018, hate crimes increased by a staggering 17%, with nearly 60% of them being against African-Americans and other minority races.