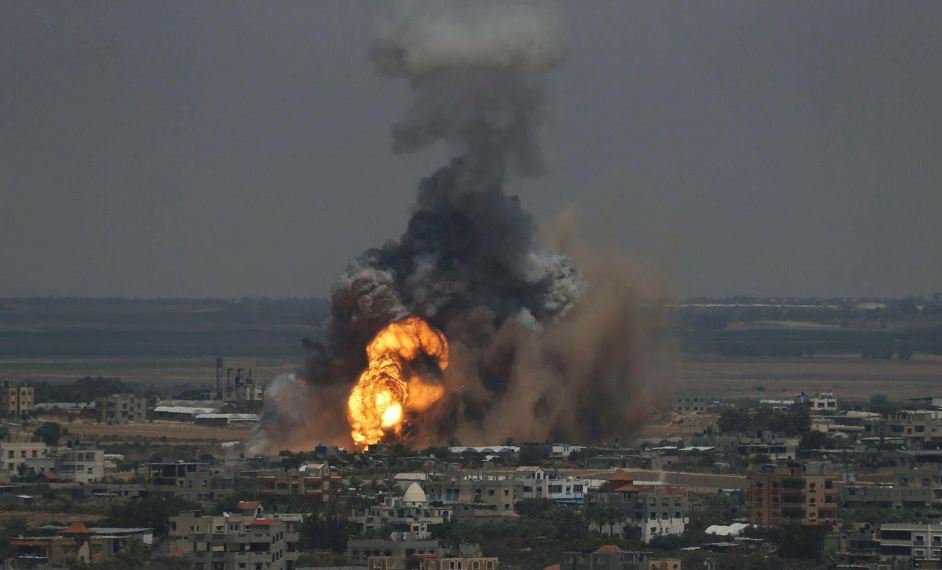 Over 25 Palestinians were killed and over 1,500 injured in a massive round of Israeli attacks on Gaza that began on Friday. In response, Palestinian resistance forces fired rockets into Israel. Media reports indicated that a ceasefire agreement, brokered by Egypt and Qatar, had been reached between Israel and Hamas early on Monday morning. The previous ceasefire after last month’s Israeli aggression had broken down after Israel refused to ease the brutal blockade on Gaza.

The latest escalation in the conflict began on Friday when Israeli snipers killed two Palestinian civilians at the weekly Great March for Return protests. The Israeli air force also conducted a raid at a Hamas facility, killing two people. Hamas responded with rockets, after which Israel intensified its offensive.

Palestinian health authorities said that among those killed in the Israeli bombardment were two pregnant women, a 12 year-old boy and an infant. Israel also assassinated a Hamas commander, Hamed Hamdan al-Khodari, in an airstrike.

According to reports, Israeli warplanes, gunboats and artillery targeted more than 200 sites, including  seven large residential and commercial buildings and at least 14 homes. Israel also closed all border crossings with the Gaza Strip, as well as the fishing zone off the coast of the besieged enclave.

On Sunday, Israeli prime minister Benjamin Netanyahu called for a serious escalation of  the Israeli offensive. Netanyahu was recently re-elected after having promised a more hardline stance against Palestinians.

In response, resistance forces in Gaza launched more than 600 rockets at Israeli settlements, leading to the death of four Israelis. According to Hamas, the response from the Palestine resistance groups was calculated and not disproportionate.

“Need for a united struggle”

In a statement calling for a united struggle against Israeli aggression, the West Bank-based Palestinian People’s Party (PPP) noted the need for strengthening the internal front to confront the criminal occupation in the Gaza strip.

The PPP said that the aggression was aimed at maximizing the suffering of the people of Gaza and West Bank, and destroying their livelihood. It further noted that the United States administration was complicit in Israeli crimes in Palestine.

Gaza’s two million people live under a brutal land, air and sea siege imposed by Israel and supported by Egypt since 2007. The Israeli aggressions of 2009, 2012 and 2014, the countless military attacks and the inhuman restrictions on the people of Gaza have led to a catastrophic humanitarian situation in the coastal strip. Crucial infrastructure, including hospitals, electricity, water and sanitation facilities are under severe crisis.

In March 2018, the people of Gaza began a massive resistance movement, the Great March of Return, asserting their right to return, and demanding an end to Israeli occupation. Since then, every Friday, tens of thousands of civilians have gathered at protest sites near the illegal fence erected by Israel in Gaza.

Eurovision as a distraction

The renewed Israeli aggression comes ahead of Tel Aviv hosting the Eurovision song competition on May 15. The event is being held on the anniversary of the Nakba (the catastrophe), when Palestinians were thrown out of their homeland in 1948. The hosting of this event by Israel is seen as an attempt to whitewash its crimes against Palestinians.

“Israel is shamelessly using Eurovision as part of its official Brand Israel strategy, which presents  “Israel’s prettier face” to whitewash and distract attention from its war crimes against Palestinians,” said the Boycott, Divestment, Sanctions (BDS) movement in a statement. 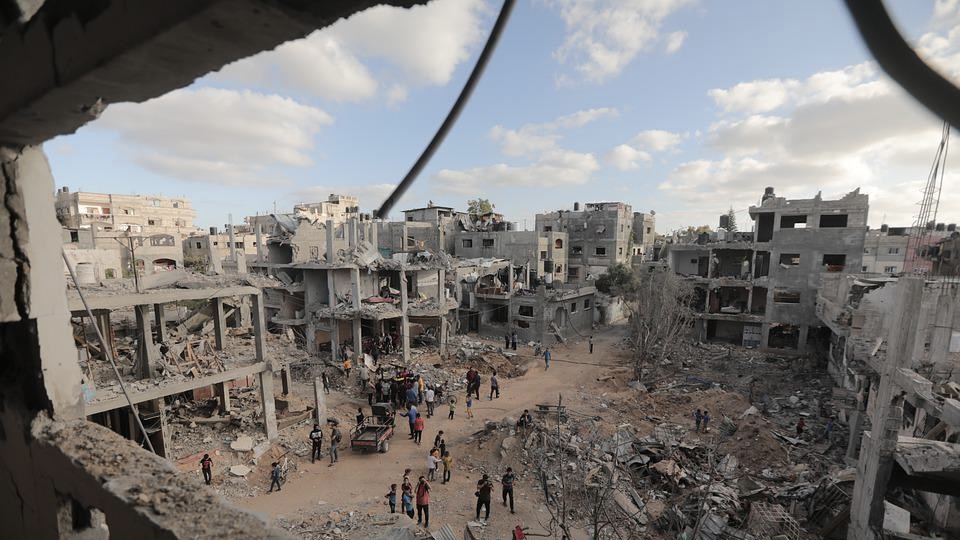