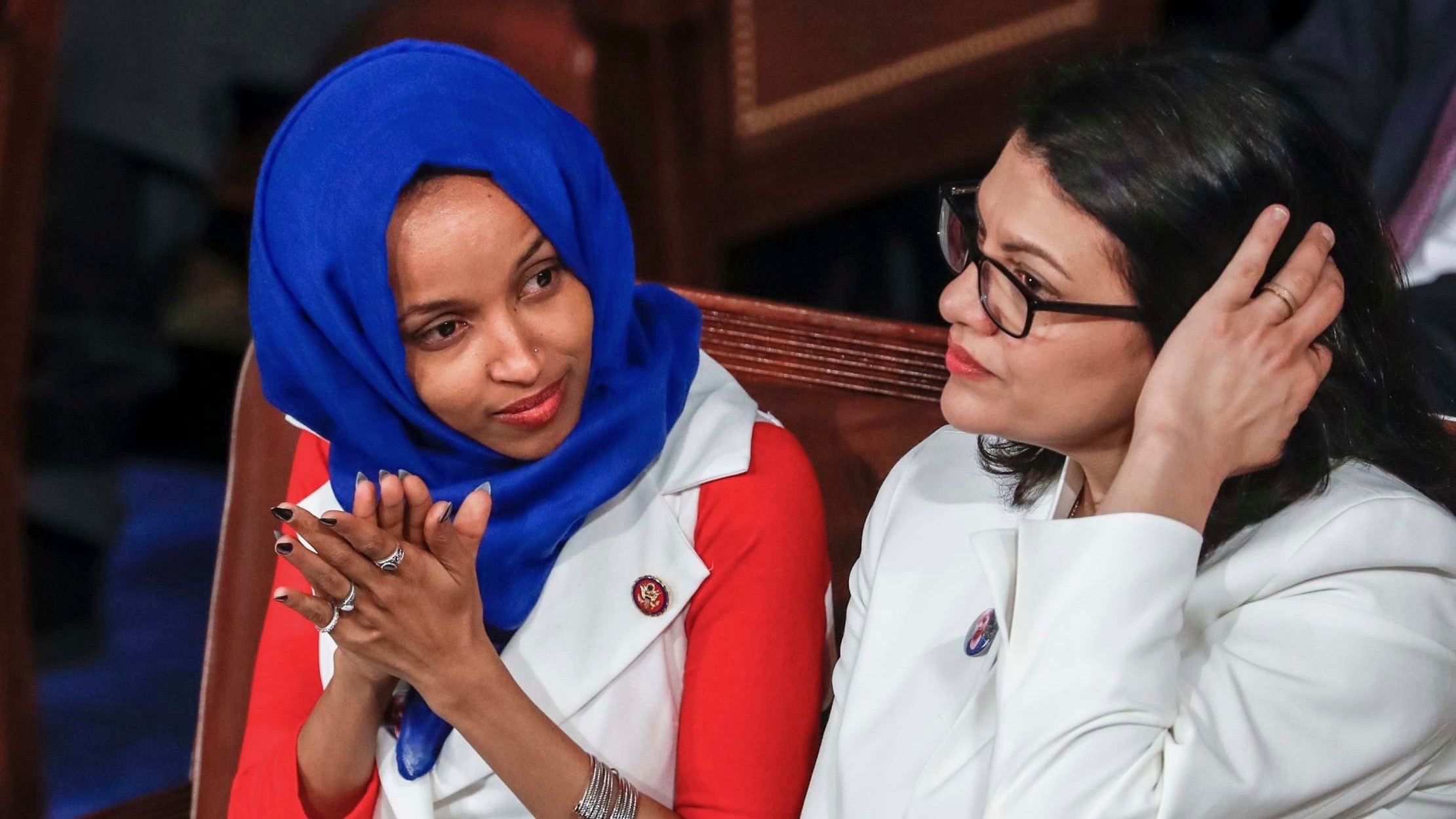 Omar and Tlaib are the first Muslim women to be elected as members of Congress and have openly taken a position against Israeli occupation of Palestine.

Two members of the United States Congress, Ilhan Omar and Rashida Tlaib, were barred from visiting Israel due to their support for the Boycott, Divestment and Sanctions (BDS). Israeli law prevents foreign citizens who support the BDS movement from entering the country.

The BDS movement which has become a growing challenge to Israel, is an international movement that advocates for boycotts, divestment and sanctions on Israel and Israeli companies until Israel complies with three central demands which have been defined by international law. They include an end to the occupation and colonization of Palestinian land, recognizing the rights of Palestinian citizens of Israel and respecting the right to return of Palestinians. The non-violent campaign-based movement has been growing in strength in recent years and has been successful in pressuring companies to end their contracts with Israel, getting artists to not perform in Israel, and working with universities, churches and other institutions to divest from international companies that profit from Israeli apartheid.

The travel ban on those who support the boycott of Israel was passed by the Knesset in March 2017, however it has not been fully enforced. Even with the law, the move to ban Omar and Tlaib is unprecedented, considering that no US government official or elected representative has ever been barred from visiting Israel, which has been its long-time ally.

The move came shortly after US president Donald Trump publicly goaded the Israeli government to prevent the two legislators from entering Israel, in a tweet which said that it would “show great weakness” to allow them to conduct their scheduled visits to assess the situation of the Palestinians under Israeli occupation.

The move has attracted strong condemnation from across the US political spectrum, including from some of the most unexpected quarters. Senior Democratic and Republican leaders of both the Senate and the House of Representatives, including those who have had their election campaigns extensively funded by pro-Israel groups, had earlier requested the Israeli government to refrain from prohibiting the two lawmakers.

Republican Senator Marco Rubio, known for his pro-Israel stand, also admonished the move saying that “denying them entry into Israel is a mistake.” Even the biggest pro-Israel lobby group, the American Israel Public Affairs Committee (AIPAC), came out to oppose the barring of Omar and Tlaib, in spite of its troubled history with two Congresswomen. AIPAC stated that despite their differences, they “believe every member of Congress should be able to visit and experience our democratic ally Israel firsthand.” It must be noted that AIPAC went out of their way, earlier this year, to have Omar censured for “anti-semitism”.

Both Omar and Tlaib have, in the past, taken positions on Palestine that irked the Israeli government and also the pro-Israel lobby within the US. Omar, a Somali-born US citizen has been a critic of the US foreign policy and its close relationship with Israel, while Tlaib comes from a Palestinian refugee family and has been an advocate for a ‘one-state solution’ to the Israel-Palestine conflict.

The two are also the most vocal supporters of the BDS movement against Israel for its crimes against Palestinians. Last month, the two legislators sponsored a resolution in the US House of Representatives that sought to reaffirm the citizen’s right to participate in boycott campaigns against atrocities committed by foreign governments. While not specifically referencing BDS, the resolution was tabled in a bid to extend Congressional support for the movement. It also admonished the moves taken by state governments to sanction those supporting BDS. Even though the resolution has not gained much support within the Congress, it has definitely sparked a nationwide debate on the right of a citizen or an organization to participate in boycott campaigns.

Both Omar and Tlaib have reacted strongly against Israel’s decision to bar them. Tlaib called the decision to ban her “a sign of weakness because the truth of what is happening to Palestinians is frightening.”

This woman right here is my sity. She deserves to live in peace & with human dignity. I am who I am because of her. The decision by Israel to bar her granddaughter, a U.S. Congresswoman, is a sign of weakness b/c the truth of what is happening to Palestinians is frightening. pic.twitter.com/GGcFLiH9N3

Tlaib still has her family members, including her grandmother, residing in West Bank, who are disappointed by Israel’s decision. Tlaib had reportedly been allowed entry into Israel on the basis of her familial relations, by Israel’s Interior Ministry. She was allowed a strictly personal visit from which she abstained. She later tweeted, “I have decided that visiting my grandmother under these oppressive conditions stands against everything I believe in–fighting against racism, oppression & injustice.”

Silencing me & treating me like a criminal is not what she wants for me. It would kill a piece of me. I have decided that visiting my grandmother under these oppressive conditions stands against everything I believe in–fighting against racism, oppression & injustice. https://t.co/z5t5j3qk4H

Omar in a statement stated that “Trump’s Muslim ban is what Israel is implementing”. She further added that it was no surprise that such a decision was taken by prime minister Benjamin Netanyahu, considering that he “has consistently resisted peace efforts, restricted the freedom of movement of Palestinians, limited public knowledge of the brutal realities of the occupation and aligned himself with Donald Trump.”