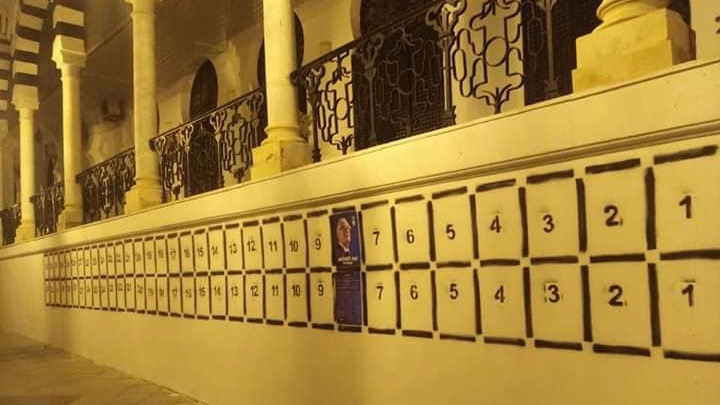 26 candidates will be contesting the presidential elections this September 15 in Tunisia. Photo: Facebook

Tunisia is commonly hailed as the success story of the ‘Arab Spring’. In 2011, hundreds of thousands of citizens mobilized to end the 23-year-long autocratic rule of Zine El Abidine Ben Ali. Unlike other countries which also saw massive uprisings at that time, today, Tunisia is stable and the democratic system is largely functional. The presidential elections which are scheduled for September 15 will be the second since the revolution. The 26 candidates are a testament to the relatively open conditions that exist in the country. If none of the candidates win more than 50% of the votes, the second round between the two top candidates will be held sometime before November 3.

In order to understand what is at stake in these elections, we take a look at the process, some of the important candidates and the agenda they have put forward before the people.

1. Why were the elections advanced?

The presidential elections were originally scheduled for November 17, but were pushed up following the death of president Beji Caid Essebsi. Essebsi died on June 25 at the age of 92. In 2014, he became the first democratically elected president of the country. Earlier, he had held several top-level positions during the 30-year dictatorial rule of Habib Bourguiba.

The legislative elections will be held on October 6.

2. What responsibilities does the president have?

Tunisia has both a president and a prime minister. The prime minister is largely responsible for domestic affairs, internal workings of the government and its institutions. The president has domain over the armed forces, foreign policy, defense, and national security.

3. What are the key political forces in Tunisia today?

The secular Nidaa Tounes Party (which late president Beji Caid Essebsi belonged to) and the Islamic Ennahdha Movement are currently the strongest political forces in the country. In the 2014 parliamentary elections, Nidaa Tounes won 37.56% of the seats and Ennahdha 27.79%. Nidaa seeks to bring together the liberal, secular forces in the country to counter the Ennahdha party. However, many remnants of the Bourguiba and Ben Ali political camps have found a new home in Nidaa.

In the upcoming elections, the front runners include current prime minister Youssef Chahed from the Tahya Tounes party, which broke off from Nidaa Tounes, Abdelfattah Mourou, an important leader from the Ennahdha movement, and Moncef Marzouki from the Another Tunisia Alliance who served as president for three years after the revolution in 2011. Nabil Karoui, a media mogul and the founder of Nessma TV channel, remains a strong candidate despite his arrest on August 23. He is currently in jail and is charged with money laundering and tax evasion.

The strongest candidate from the Tunisian left is Hamma Hammami of the Workers’ Party and the Popular Front coalition.

4. What are the key issues facing Tunisia today?

Tunisia’s central challenges today are related to its economy. The governments that came to power after the revolution have struggled to manage the economy. The national debt increased from less than 40% of the GDP in 2010 to over 70% by 2017, and economic growth has stagnated at 1%.

The weak economic growth has led to rising unemployment, especially among the youth. The overall unemployment rate that was 12% in 2010 has risen to 15.2% and some reports estimate that around 35% of youth are out of work. The growing unemployment has meant that thousands of educated young people have migrated or have attempted to migrate to Europe. At the same time, inflation has risen, especially in the past couple of years, reaching a 28-year high of 7.8% in June 2018.

In 2016, the International Monetary Fund agreed to grant a USD 2.9 billion lifeline loan to Tunisia with its usual conditions – harsh economic austerity reforms to cut public spending. The Nidaa Tounes-led coalition government complied and in 2018, introduced the New Finance Bill which included the freezing of wages of government employees and raising of taxes on basic goods and services, among other measures.

The austerity measures infuriated the people and led to a massive uprising in January 2018. Thousands of leftist activists, trade unionists and citizens mobilized against these policies. The leftist coalition, the Popular Front, was at the forefront of these anti-austerity protests.

The likelihood of a Deep and Comprehensive Free Trade Agreement between Tunisia and the European Union, referred to as ALECA for its French name “Accord de Libre Échange Complet et Approfondi”, is also a central issue. The agreement which builds off of former agreements between the two parties would consolidate the economic cooperation between the two and “deeply integrate the Tunisian economy into the Euro-Mediterranean economic space.” Negotiations over the agreement began officially in 2015 and initial texts were published by the two parties over the last year.

The agreement has been a point of contention for civil society organizations, trade unions and leftist parties across Tunisia as they believe that it poses a grave threat to national sovereignty and economic stability. While Tunisia and Europe have a particular history of economic cooperation, the examples of the negative impact of free trade agreements between unequal parties are plentiful across the world. The free trade agreement would further solidify the erosion of Tunisia’s productive capacity by facilitating the entry of European goods into the country. The possibility of Tunisia benefiting through increasing its exports is limited.

Though Tunisia is politically stable in comparison to the neighboring countries of Libya, Algeria, Morocco and Egypt, it has also faced challenges with regards to terrorist attacks and the rise in extreme-right wing Islamist movements. Over the past decade, there have been at least seven attacks in the country, the worst being the Bardo National Museum attack, the Sousse attacks, and the Tunis bombing in 2015. Over 70 people were killed in the three attacks.

Furthermore, more Tunisians have joined the ranks of Islamic extremist groups in Syria, Iraq and Libya than citizens of any other country. The United Nations estimates that over 5,000 Tunisians traveled to those countries to fight.

5. Why are the elections in Tunisia important? What is the role of Tunisia regionally?

The elections of 2019 are a key moment to further consolidate the gains of the revolution of 2010-2011, which were largely in the realm of political and civil liberties, and make them more rooted in the consciousness of the masses. Tunisians are clear that there is no turning back and no return to repression, tyranny and one-party rule.

For the left, the election serves many purposes. It will be the chance to confront the “system of national and social humiliation” led by the Nidaa party and the coalition of prime minister Youssef Al Chahed. And it can serve as a moment for left parties to put forward an alternative program.

The elections will also be an opportunity for the left and organized sectors to grow organizationally, mobilize people’s power and channelize it into electoral victory.

Regionally, Tunisia serves as a revolutionary model that provides hope to those who are in the midst of struggle in the region. The Tunisian revolution stands out as an instance of victory over old-style authoritarian regimes which still reign over much of the region.

6. Who is Hamma Hammami and what is his vision for Tunisia?

Hamma Hammami is the presidential candidate from the Popular Front and one of the key figures in Tunisia’s history of struggle and revolution. Throughout his decades of work in the opposition and revolutionary movements in Tunisia, Hammami has been arrested dozens of times, imprisoned and tortured. In total, he spent more than 10 years in prison and more than 10 years in clandestinity.

Hammami began his political work in the student movement during the 1970s and was a member of the General Union of Tunisian Students (UGET). This was also when he was arrested for the first time. Only a few years later, after joining the banned movement Perspectives tunisiennes which produced the publication El Amal Ettounsi, Hammami was sentenced to eight-and-a-half years in prison. He served six years of the sentence during which he was subjected to torture.

In 1986, he helped found the Tunisian Communist Workers’ Party which was banned and operated as a clandestine organization until 2011 when it was legalized and renamed the Workers’ Party of Tunisia, which is the central force in the Popular Front today.

One of the central issues Hammami and the Popular Front have raised during this election is national sovereignty. He sees the IMF loan and conditions, as well as the ALECA agreement, as serious threats to Tunisian sovereignty and believes the country has been put in the hands of colonial institutions.

Hammami also advocates the redistribution of wealth, safeguarding of the constitution and the liberties secured by the revolution and the fight against corruption, terrorism and smuggling.