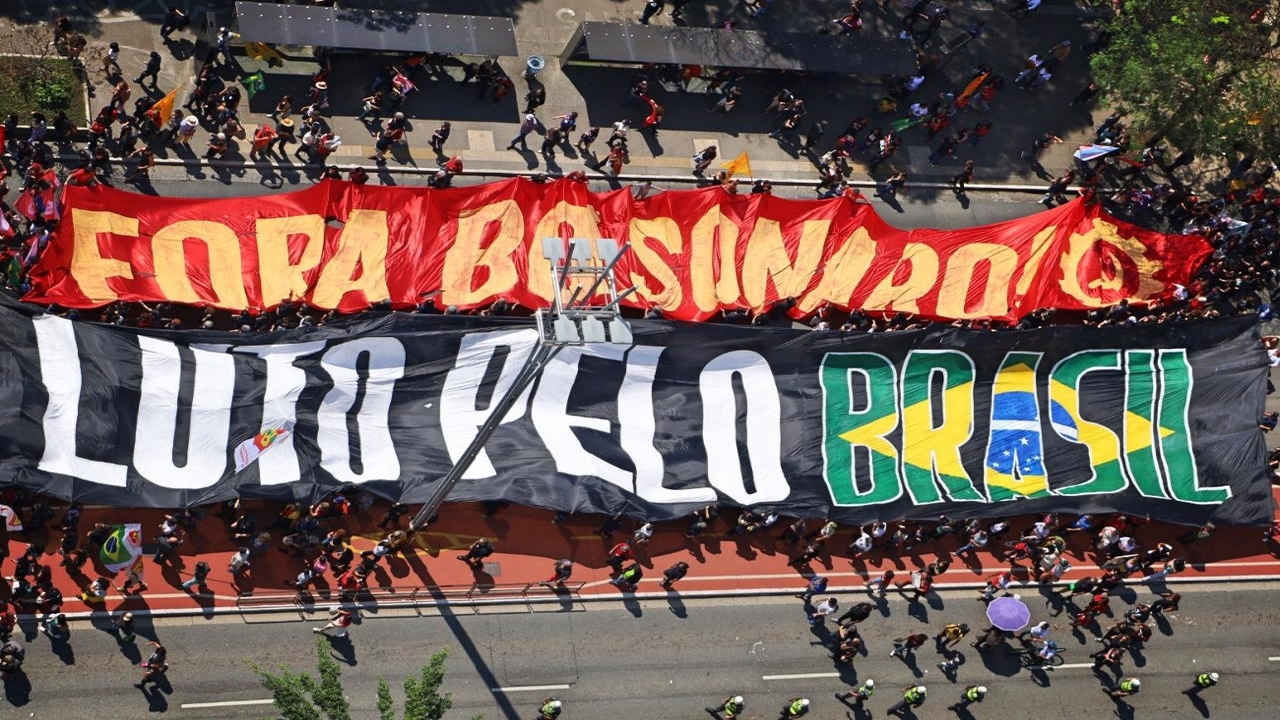 Protests took place in at least 132 cities with the slogan "“This system is not valid: we fight for justice, rights and freedom.”

For the past 25 years, thousands of people have mobilized on September 7, the Brazilian independence day, as part of the ‘Cry of the Excluded’ (Grito dos excluídos). This year, the protest was joined by the student movement’s ‘Education Tsunami,’ as tens of thousands demonstrated their rejection of president Jair Bolsonaro. The protesters specifically rallied against the attacks on public education and the deforestation of the Amazon which is one of the central causes of the devastating fires.

According to the Centre of People’s Movements, protesters in least 132 cities participated in the mobilization with the slogan “This system is not valid: we fight for justice, rights and freedom”.

The Cry of the Excluded protest began in order to give a voice to the majority of the people of Brazil who have been historically excluded from the state and all decisions regarding the country. It is in defense of national sovereignty and against the favoring of the interests of the ruling class, companies and banks over the well-being of the people. The Cry of the Excluded also demands that the people of Brazil have access to basic rights, such as health, housing, transportation, work, information and a dignified life. It highlights the fact that the lack of respect for these rights is the central reason behind the social and economic inequality in the country.

This year, the protest was especially relevant in light of the far-right Bolsonaro government’s attacks on workers, pensions, public education, Indigenous people, Afro-Brazilian people, LGBTQ people, the landless, and the environment. Protesters noted that time and again, the government had proved that it was only interested in protecting the interests of the wealthy and powerful.

Protesters also reiterated the demand to free former president Luiz Inácio Lula da Silva who has been held at the headquarters of the federal police of Curitiba since April 2018. Lula’s case has been marked by numerous irregularities. The most prominent of these, revealed in an exposé by The Intercept, is that the judge who sentenced Lula, Sergio Moro, colluded with the team of prosecutors led by Dalton Dallagnol. Despite these glaring violations, Lula remains behind bars and the Brazilian justice system seems set on keeping him there.