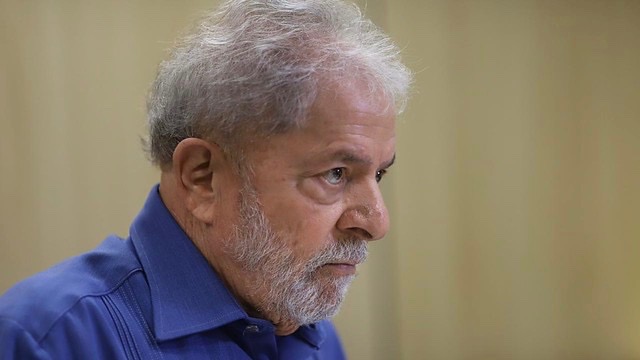 “The Supreme Court will decide today whether or not it will follow the Constitution,” former president Luiz Inácio Lula da Silva told Brasil de Fato on Wednesday, Oct. 23, during an exclusive interview at the Federal Police headquarters in Curitiba, southern Brazil. “I am calm and I know very well what I want. I know very well what they did to me and their attempt to keep this lie alive,” he added.

While our reporters spoke with Lula, Brazil’s Supreme Court resumed a session to debate whether it is constitutional to arrest convicted felons while their cases are still pending appeal after their conviction is upheld in an appeals court. The country’s top court is expected to issue a ruling by the end of the day.

“My struggle is not against higher courts. My struggle is: I want to have them judge on the merits of the case. If they find the tiniest piece of evidence of any crime that I have committed, then I should be jailed. But if they don’t find anything, they should lock up those who had me arrested and set me free,” the leftist leader said.

Lula has been in prison since he turned himself in to the police on April 7, 2018, after facing a politically motivated trial. The former president, who will turn 74 next Sunday, said during the interview: “I will fight until my last days so that this country doesn’t have one single judge, prosecutor or chief of police telling lies to the Brazilian people.”

“I will not trade my dignity for my freedom. Holding my head high, in here or out there. I say this just so you know that I am calm and I know very well what I want,” he said, adding that, in the quest to prove his innocence, he is “a Don Quijote in pursuit of the truth.”

Brasil de Fato’s full interview with Lula will be up in Portuguese on Thursday, Oct. 24, on our YouTube channel and on our website. The transcripts will also be translated into Spanish and English, and a short video version of the interview will be available with subtitles soon. Read the first part of the interview below:

Luiz Inácio Lula da Silva: Let me just say something before you begin with the interview, about today’s Supreme Court session. I’ve said this the other day during an interview with a friend, that this debate about serving prison sentences while the case is still pending has to do with the Brazilian Constitution. The Supreme Court will decide today whether or not it will follow the Constitution. It’s not about my case. I am not concerned about higher courts. I will say again what I have said before: if a citizen steals, they have to be arrested whether their case is pending in lower or upper courts, as long as there is proof that they have stolen. Now, if the citizen is innocent, they have to be released.

My struggle is not against higher courts. My struggle is: I want to have them judge on the merits of the case. If they find the tiniest piece of evidence of any crime that I have committed, I must be jailed. But if they don’t find anything, they should lock up those who had me arrested and set me free. That’s my struggle and I will keep fighting until the end.

I don’t know how much time I still have. I will be 74 on Sunday, which means, I will fight until my last days so that this country doesn’t have one single judge, prosecutor or chief of police telling lies to the Brazilian people. That is the fight, so you should know that I want [to prove] my innocence. That is why I say I will not trade my dignity for my freedom. Holding my head high, in here or out there, is worth more than walking around feeling ashamed out there. I say this just so you know that I am calm and I know very well what I want.

I know very well what they did to me and their attempt to keep this lie alive. I watch Globo [Brazil’s biggest media conglomerate], and they are terrified that the Brazilian society could understand The Intercept’s exposés. If they could sweep under the rug everything The Intercept exposed showing the truth, showing who [former judge and current Justice minister Sergio] Moro is, who [Car Wash chief prosecutor Deltan] Dallagnol is, showing the logic behind the cases they pursued… Globo knows that it was such a big lie that it would demoralize itself. So they try to prevent people from having access to that.

Brasil de Fato: You reiterate it and actually started the conversation talking about the Supreme Court. You have said many times that you will not give up on your freedom and that you want to prove your innocence. This is a decision you make every day, in every action. We can only imagine how much pressure there is in this sense, when it comes to your freedom. What is at stake? There’s Lula as a politician, as a man, as someone in Brazilian politics, but you have to weigh everything and make this decision every day. What are the sacrifices you have to make as you make this decision every day?

Luiz Inácio Lula da Silva: I was raised by an illiterate mother. My mom died without knowing how to draw an “o”. My dad died illiterate. But one thing I learned from them is honor. Honor, character, self-esteem, these are things we carry in our blood. It’s something we learn from a young age. And I was not born to lower my head. I am aware of the lie that was told, I am aware of the disservice that Dallagnol did to the country with that PowerPoint presentation, I am aware of the lies Moro told when he wrote the sentence. A judge who presided over a case against a citizen for an undetermined crime, which means he doesn’t know what I did wrong, but he had to find me guilty just because, and because the political moment required my conviction.

I am aware that they have lied to the Brazilian society, and that lie was agreed upon in collusion between Moro and the Brazilian media. There is an article produced in 2004, called Manipulate, about Operation Clean Hands in Italy. It says the media had the main role in getting people convicted. That means that, if a citizen is a suspect and the media decides that they are guilty even before the trial, when the time comes to issue the sentence, they are going to be convicted.

And I decided to face that. I decided to face it for the name that I had, for my relationship with the Brazilian society. I could not allow that more than 200 hours of [prime time news show] Jornal Nacional against me, more than 150 covers of magazines against me, thousands of front pages of newspapers against me – I could not allow that to end my political life, end my relationship with society, being called a thief by the thieves.

I decided to fight back. I’ve said this before: I could have left Brazil, I could have gone to an embassy, but I decided to come here, because I would not be able to prove my innocence if I were not here. In here, fighting, with my head held high. Look, I’m here talking to you, and look at Moro’s face when he gives interviews. He knows he is a liar. He doesn’t even have the courage to look people in the face. Look at Dallagnol, who actually started a gang with that [Car Wash] task force. He wanted to get rich. He wanted to get money from Petrobras [Brazil’s state-run oil company] to create an institute, and to do what?

This is what I rose against. And it’s against that that I’ve made the decision that the place I would go would be Curitiba. That’s where I have to be to prove [my innocence]. If they keep me locked up in here one year, two years, no problem. I have patience. But what I want is this: I’ve learned to walk with my head held high, and I will not lower my head. I am equal to any Brazilian. If I make a mistake, I have to pay for it. Everyone who makes a mistake has to pay.

This is why I am calm about the Supreme Court ruling [today]. They are not debating about me, but simply about following the Brazilian Constitution. It’s written there that a person can only be sent to prison after exhausting all remedies. But because it was Lula who was facing a trial, because there was the presidential election, because Lula could win the elections, let’s make something exceptional about this Lula case: let’s speed up this process. Because it wasn’t just Moro and Dallagnol, it wasn’t just the chief of police who conducted the investigation. The appellate judges in Porto Alegre also lied. They didn’t even read the process and took a vote. They voted to uphold the conviction.

We know that creating expectations could be a double-edged sword, but the hot topic today is the Supreme Court [as it is debating over the constitutionality of arresting convicts before exhausting all options]. How do you feel? Do you feel this could be your last interview from prison?

That is where my calm resides, in being aware, because I am in here, and they want me to be in here. If these are the trials and tribulations I have to go through, so I composedly will.

So rest assured that I will fight a lot. You have no idea how much drive I have to fight. 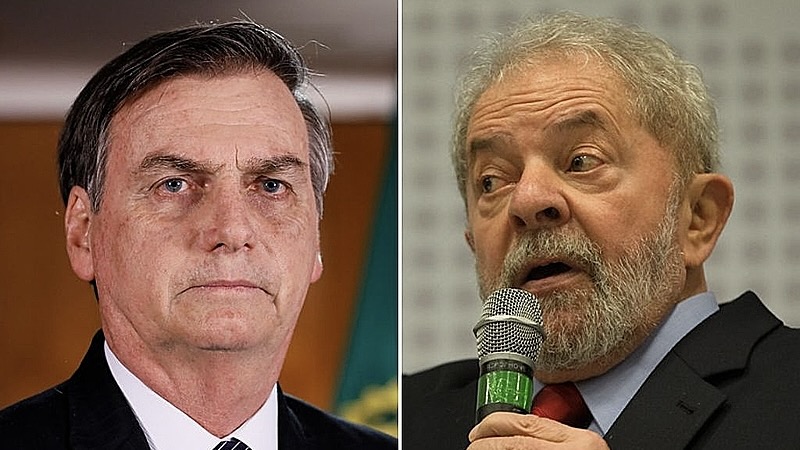 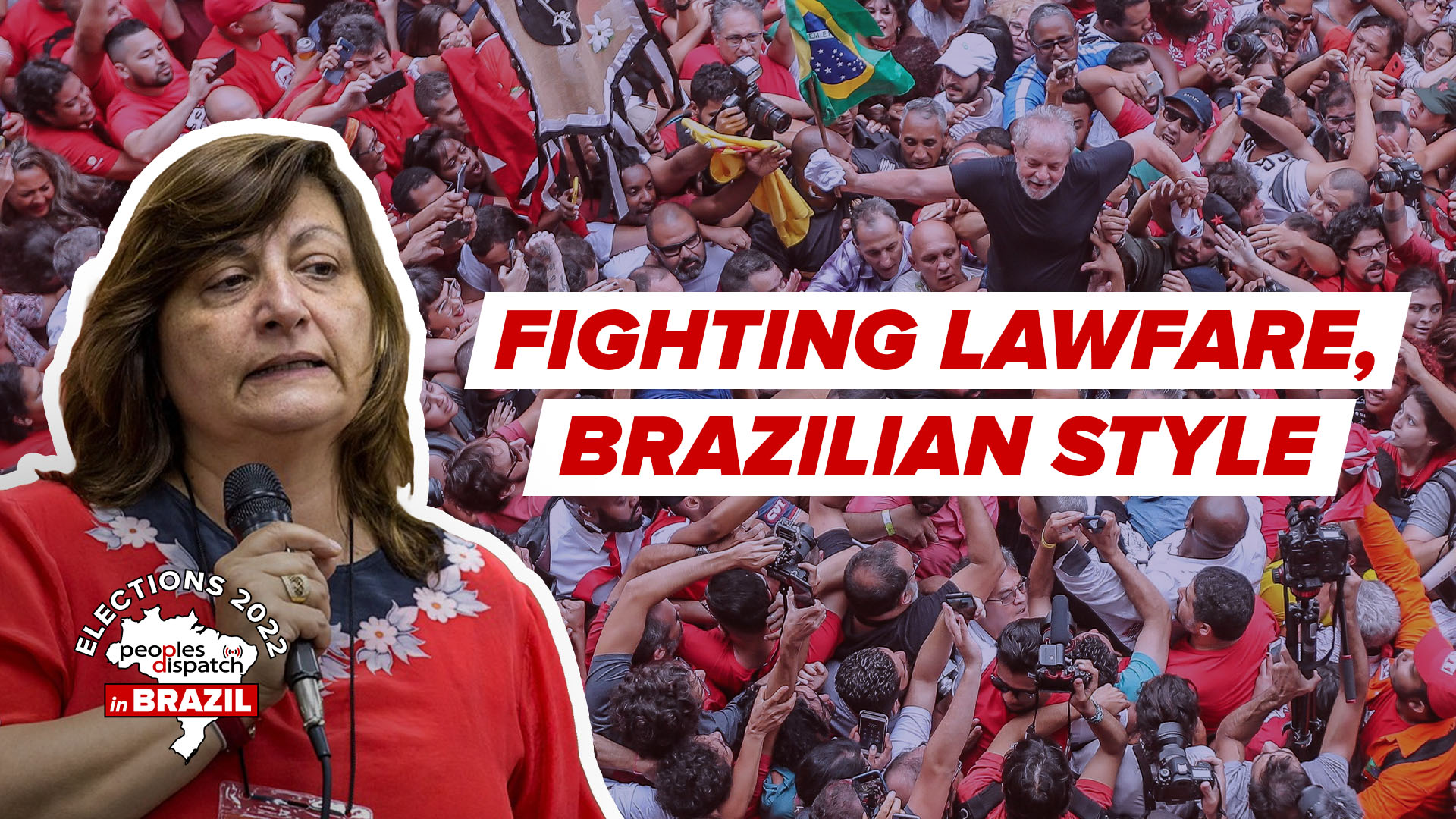 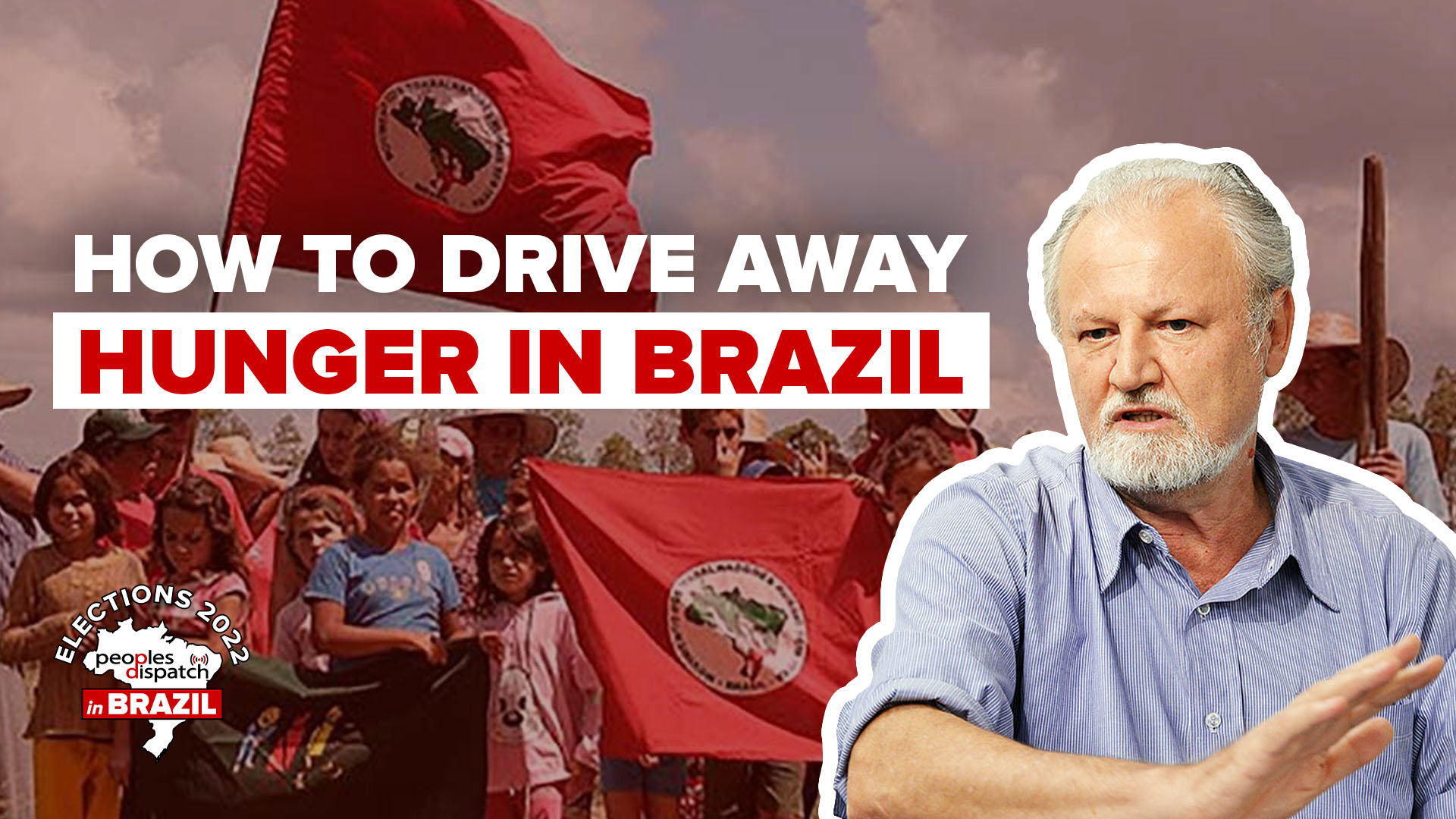