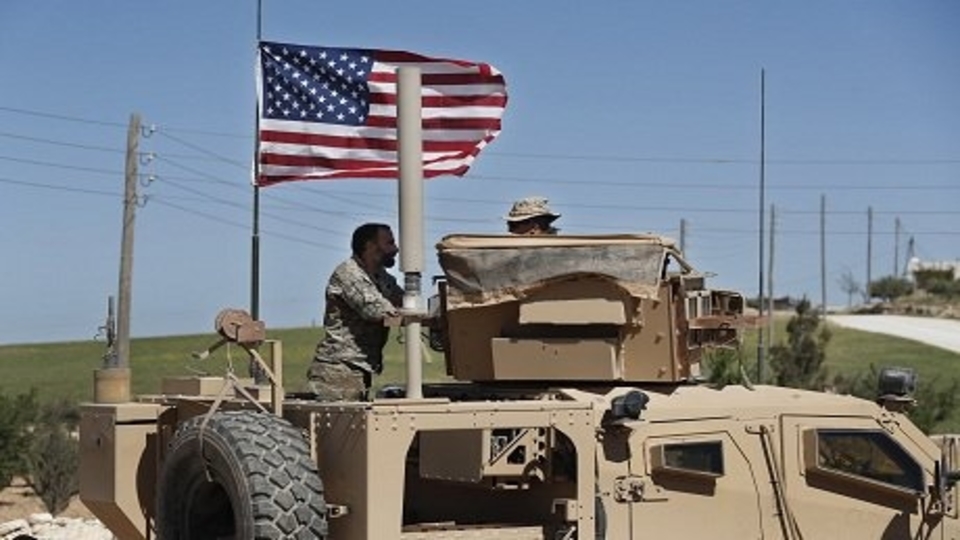 In a surprise policy reversal, the United States government announced on October 24  that it would re-deploy its troops and weapons inside north-east Syria. This comes just days after its decision to completely withdraw its soldiers from the country. This new deployment is purportedly to guard the country’s oil fields from falling into the hands of the Islamic State (IS or Daesh). However, many observers have pointed out that the true intention may be to prevent the Syrian government from controlling these resources.

US president Donald Trump tweeted on Thursday, “We will never let a reconstituted ISIS have those fields.” This was followed by a statement issued by the Pentagon which said, “The US is committed to reinforcing our position, in coordination with our SDF [the Kurdish-dominated Syrian Democratic Forces] partners in northeast Syria with additional military assets to prevent those oil fields from falling back into the hands of ISIS or other destabilizing actors”. The details of the plan are not yet clear.

Trump’s announcement earlier this month to withdraw all of the remaining 1,000 US troops from Syria was immediately followed by Turkey invading the country. Trump’s move was in fact seen as a tacit approval to do so. Turkey wants to create a 32km-deep “safe zone” across the border inside Syria with the aim of neutralizing the People’s Protection Unit (YPG) militia, the main constituent of the SDF. Turkey is wary of the power of the YPG, which is affiliated to the banned Kurdistan Workers Party (PKK), which has been waging a struggle for self-determination in the country. Turkey also hopes to resettle half of its 3.6 million Syrian refugees in the region. The initial deal between Turkey and the US in this regard was signed in August, but resisted by the SDF.

However, Trump’s decision invoked widespread criticism inside the US. He was accused of betraying its long-term Kurdish allies, who lost more than 11,000 fighters while defeating the IS. The Turkish offensive also led to chaos, which helped hundreds of IS fighters escape from SDF-operated prisons. Nonetheless, the current reversal by the US is thought to be a reaction to the strategic advantage obtained by Russia by a complete US withdrawal.

Immediately after the decision to pull US troops out of the region, as Turkey began its invasion, the SDF signed a deal with the Syrian government of Bashar al-Assad, with active Russian participation. The deal gave the Assad government control over SDF-held regions in the country, in return for troops to fight against the Turkish invasion. Trump attempted to counter this with a hurriedly agreed ceasefire deal with Turkey on October 17. However, Russia and Turkey soon signed a much more viable deal on October 22, keeping the US out of the equation. This was seen as a great advance of Russian policy in the region, and a win-win situation for Iran, the main regional rival of the US.

Assad’s deal with the SDF has given him control over most of the Syrian territories, including the oil rich north-east. Export of oil and gas was one of the main sources of revenue for the Assad government before the war.

Syria used to produce around 380,000 barrels of oil per day before 2011, and exported around half of it. Around 25% of its total revenue came from these exports. Following the outbreak of the war, the oil fields were first controlled by the rebels, and then by the IS. Since 2016, the SDF has been in control of these fields, with the help of the US forces. The SDF sold the oil produced in Hasaka and Deir Ezzor to local refiners, who then sold the refined oil to the Syrian government.

Syria, which is under European and US sanctions, would have benefited from access to these oil fields. It is becoming evident that the US’ present move is an attempt to deprive the Syrian state from using its own resources. The US fears that the agreement between the SDF and the Assad government will result in the government getting full control over most of the oil and gas resources in the country. This will make any possibility of removing Assad from power, the stated goal of the US, even more difficult.

The US secretary of defense, Mark Esper, has claimed that the decision to guard the oil fields is to “deny access to IS and any other groups that may want to seek that revenue to enable their own malign activities,” hinting at the Assad regime’s intentions of gaining control over the oil fields.

Though Trump had been arguing for a complete US withdrawal from Syria since his election in 2017, vested interest in the US establishment have successfully resisted such attempts. Thursday’s decision should also be seen in this light. Control over the region’s natural resources is one of the central objectives of US policy in the region. Trump’s insistence on the withdrawal endangered this imperialist objective, by creating the possibility of control over the resources shifting into the hands of the Syrian people.