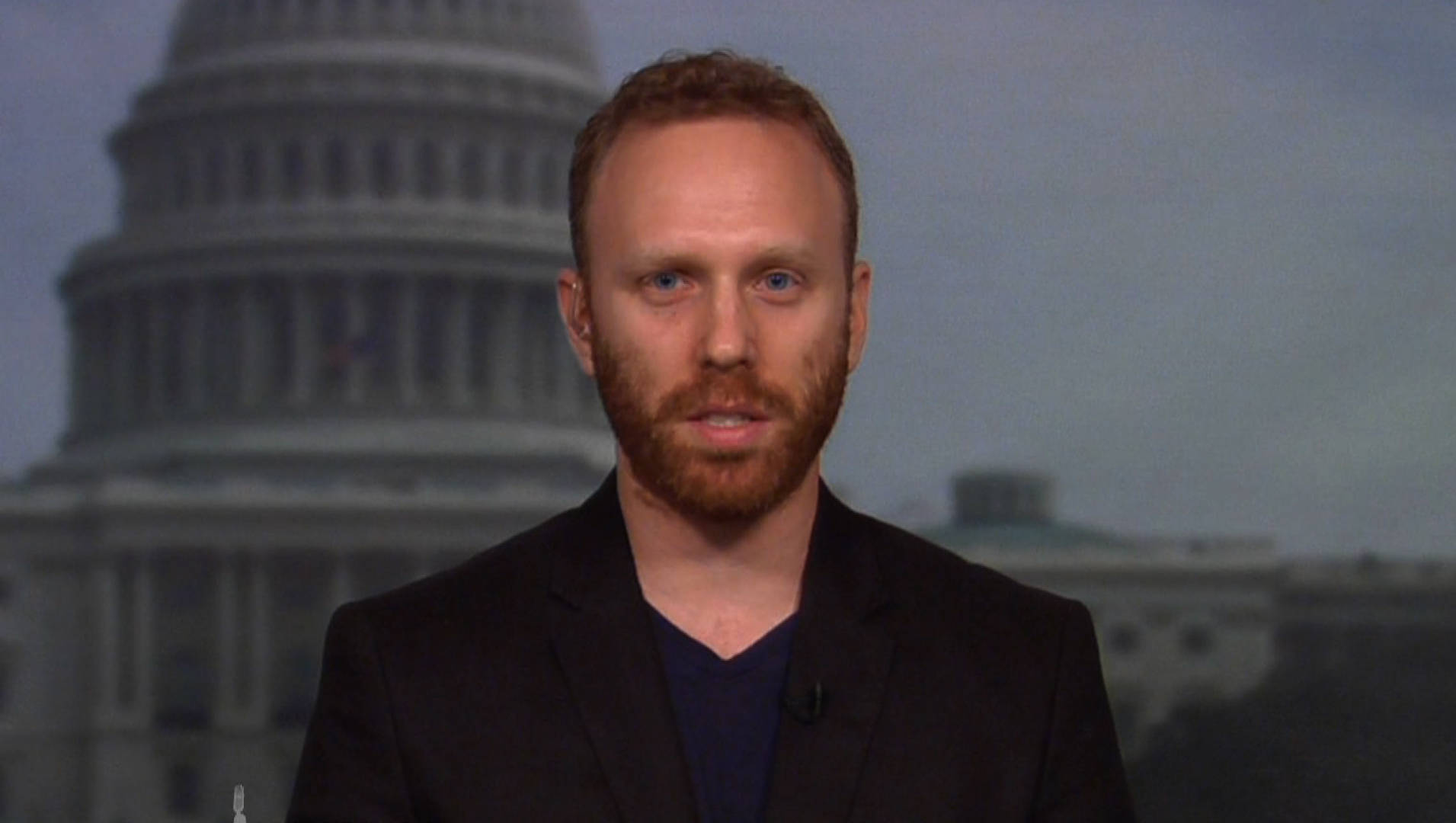 Blumenthal was accused of assault” by one of the pro-opposition protesters at the Venezuelan embassy, while he was reporting on the siege and violence by these demonstrators. Photo: Democracy Now!

Max Blumenthal, an independent journalist and the editor of the alternative news website Grayzone, was arrested on October 25, based on an arrest warrant that was filed more than four months ago. Blumenthal was accused of assault by one of the pro-opposition demonstrators during the siege of the Venezuelan embassy in Washington D.C., where he had reported the violence and racism of the demonstrators there. He has categorically denied the allegations of assault.

Blumenthal is known for his counter-hegemonic and anti-imperialist narrative on various issues, especially through his website the Grayzone. Grayzone was among the first to cover the violent attacks and blockade of the Venezuelan embassy that was occupied by a coalition of anti-war groups, under the banner of the Embassy Protection Collective, at the invitation of the Venezuelan government.

The aim of the Collective was to prevent access to the renegade Venezuelan opposition to the embassy building, whose colleagues in Venezuela were employing all types of undemocratic methods and means to attempt to destabilize the country and overthrow the democratically elected government of President Nicolas Maduro.

The opposition is strongly supported by the United States government of Donald Trump, who cut-off diplomatic relations with the Venezuelan government led by Maduro after the proclamation by Juan Guaidó in January that he is the legitimate president. In the case of the Venezuelan embassy in Washington D.C., the Trump administration sought to seize the building, in violation of various international norms, and hand the embassy to the opposition.

The pro-opposition Venezuelans in the US, with support from the Washington DC police and the Secret Service, effectively cut supplies into the embassy, including food, medicine, water, and electricity, and even attacked anyone who tried to pass supplies to those inside. The pro-opposition groups were also found chanting racist and violent threats against the occupiers of the embassy and the government of Nicolas Maduro.

Two Grayzone reporters were inside the embassy among the occupiers, who were largely anti-war and anti-imperialist activists, who have opposed the US interference in the politics of Venezuela.

When the case was charged against him by one of the pro-opposition demonstrators, months ago, the police were refused an arrest warrant by a local court. The case was apparently resuscitated recently, and an arrest warrant was issued against the journalist. Blumenthal was among the many supporters of the Embassy Protection Collective who tried to deliver food supplies to the blockaded activists. The accusations against him apparently stem from a pro-opposition protester who had tried to prevent him from delivering food to the activists inside.

Blumenthal was not informed about the arrest warrant until he was arrested on October 25. The full details of the charges against him were only revealed much after the arrest. Despite a relatively minor charge of “simple assault”, usually counted as a misdemeanor, Blumenthal was clandestinely taken from his house, had his hands and ankles shackled for nearly five hours while in custody for an extended period, and remained in custody in different cells and “cages” for two days. He was also not allowed to make calls and denied access to a lawyer while in custody.

Both Blumenthal and the Grayzone raised suspicions of the timing of the arrest that came within hours of publication of a report about the United States Agency for International Development (USAID) funding to lobbyists of the Venezuelan opposition.

The same suspicion was raised by the National Lawyers Guild in their statement condemning the arrest as an act of retaliation. “It … appears to be a form of retaliation practiced against both embassy protection activists and critical journalists for their opposition to the US’ unlawful intervention in Venezuela, support for an attempted coup and unilateral coercive economic sanctions directed against the country,” the statement said.

Max Blumenthal has remained defiant, despite his recent experience. “I have nothing to fear because I’m completely innocent of this bogus charge,” he told Grayzone. “It is clearly part of a campaign of political persecution designed to silence me and the The Grayzone for our factual journalism exposing the deceptions, corruption and violence of the far-right Venezuelan opposition,” Blumenthal added.

Others have also displayed outrage over the circumstances of the arrest and also the almost complete lack of reporting on any news media on what they deem to be a clear attack on press freedom in the United States.

Blumenthal’s colleague, Ben Norton, wrote in his report on the arrest, “If this had happened to a journalist in Venezuela, every Western human rights NGO and news wire would be howling about Maduro’s authoritarianism. It will be revealing to see how these same elements react to a clear-cut case of political repression in their own backyard,” Norton wrote.

Norton’s frustration over the complete lack of coverage was shared by former vice-presidential candidate for the Green Party, Ajamu Baraka, who pointed in his tweet that, “In the ‘free USA’ the only outlet to cover the arrest of a U.S. journalist by the Trump administration is that Putin channel RT!” The tweet also commented on how the media that was obsessed over allegations of election interference by the Russian government to apparently have Trump elected, yet it is only a Russian government-funded broadcaster to talk about abuses of civil liberties under the Trump presidency.

In the "free USA" the only outlet to cover the arrest of a U.S. journalist by the Trump administration is that Putin channel RT! The arrest is related to the action at the Venezuelan embassy to prevent it from being taken over by right-wing Venezuelans. https://t.co/bTXYXQWsNh

His party colleague, Jill Stein, who was also a presidential candidate, tweeted “First they came for Max…” hinting at the slippery slope of this arrest.

Jordan Chariton of the The Young Turks also chimed in about the dangers of such an arrest.

.@MaxBlumenthal 's absurd arrest 5 months after Venezuela embassy protecters (who had legal permission 2 be there from Venezuelan govt) story is just another example—we live in a fascist country; shutting down of real independent journalism is step 1 https://t.co/YCVvMuxF0V

Another of Blumenthal’s colleague, Aaron Mate stated that “Max has done incredible work exposing US-backed coup in Venezuela & this is a bid to intimidate him.”

.@MaxBlumenthal was just arrested on a ridiculous charge stemming from delivering food to besieged activists in Venezuela's DC embassy *FIVE* months ago. Max has done incredible work exposing US-backed coup in Venezuela & this is a bid to intimidate him. https://t.co/1YdK3SyiTl

Kerry-Anne Mendoza, editor of British news website The Canary, has tweeted that “The establishment has declared war on anti-imperialist journalists.”

The establishment has declared war on anti-imperialist journalists.
Max Blumenthal gets SWAT-style treatment at his home address, carted off to jail & held in a cage on trumped up charges by those opposing his reporting. There should be global outrage.