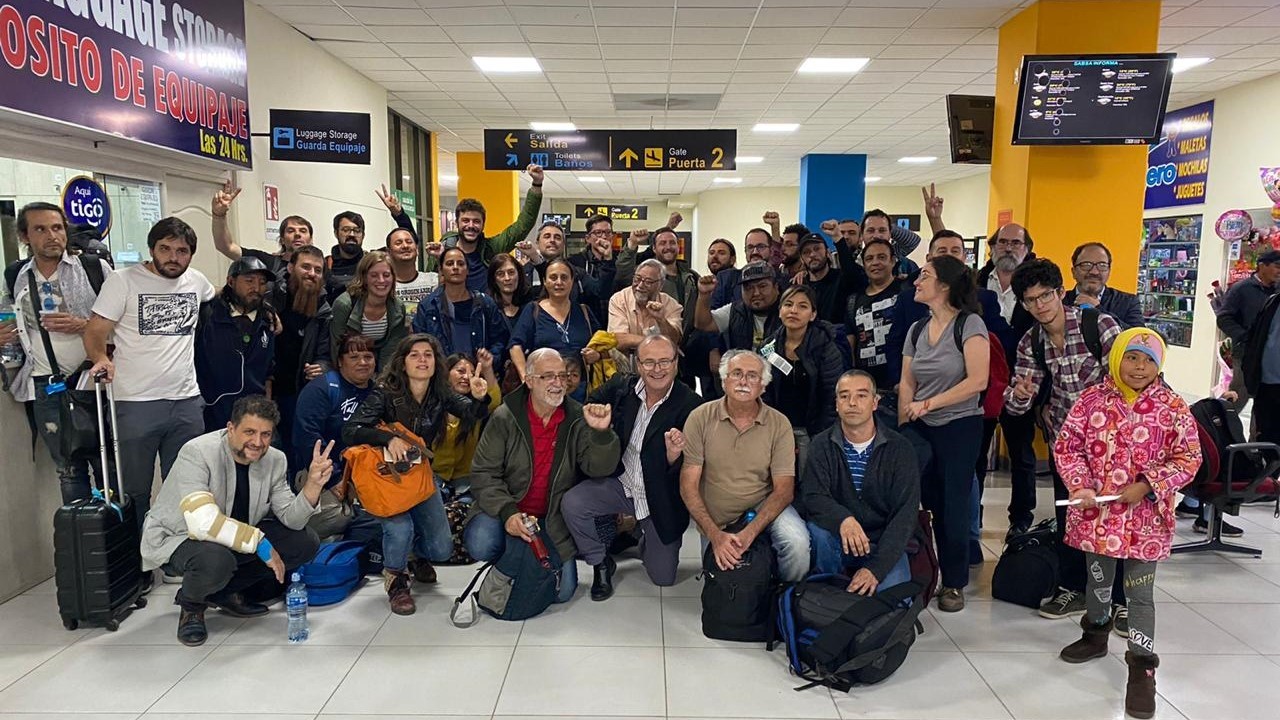 “We recommend that the foreigners that are arriving to our country as these seemingly harmless subjects should have caution, we are watching them, we are following them.” This was the welcome given by the Interior Minister of the de-facto government of Bolivia, Arturo Murillo. He added, “At the first false move that they make, trying to commit terrorism and sedition, they will have to deal with the police.”

Following the incident, the delegation declared, “Despite the provocations, the Solidarity delegation from Argentina arrived in Bolivia. The violent groups of Camacho and the police forces illegally interrogated us and intimidated us in Santa Cruz, but we have arrived in La Paz in order to take forward this task in defense of human rights.”

Evo Morales who was overthrown in the coup and is currently exiled in Mexico denounced the attacks on Twitter: “14 members of the Argentine delegation were detained by violent coup-supporting groups in Santa Cruz and subjected to interrogation by the Police. We demand that they be allowed to arrive in La Paz to carry out their investigative work on human rights. The fascist dictatorship has shown its authoritarianism.”

In the following days, the delegation will visit institutions and meet social organizations, human rights organizations, victims and family members, and religious leaders in order to record testimonies and denouncements to prepare an exhaustive report on the human rights situation in post-coup Bolivia.

On the morning of Friday, November 29, the delegation met family members of victims of the dictatorship and representatives of organizations in a church in Senkata, where a massacre was carried out on November 19.

Juan Grabois, lawyer and social leader who was violently attacked by coup supporters in Santa Cruz and detained by the police, declared “This delegation should not be a nuisance to anyone if, as they say, they really do not have anything to hide. As such, the harassment and intimidation that are we receiving does not make sense. We hold the de facto government of Bolivia responsible for anything that happens to our safety. We are not scared and they will not stop us with this type of threats.”