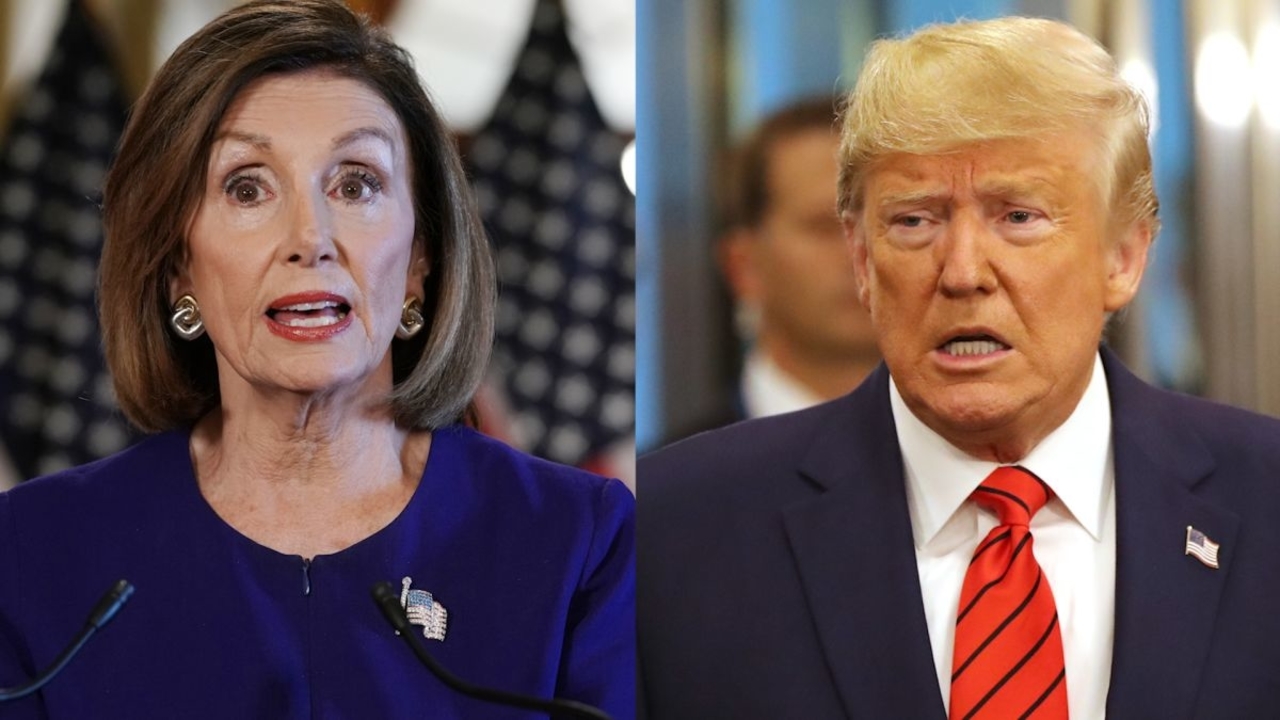 Donald Trump is likely to be impeached by the US House of Representatives but may not be removed from the post due to the Republican majority in the Senate. Photo: CNN

On December 7, the judiciary committee of the US House of Representatives released a report detailing the constitutional and legal case for the impeachment of president Donald Trump. This marks the latest stage in the process which also saw the House intelligence committee release a report earlier this week on the evidence involved.

Earlier in the week, the speaker of the House, Nancy Pelosi, asked the judiciary committee to draft the articles of impeachment against Trump. The vote could take place as early as next week, media reports say.

Trump is accused by the Democrats of abuse of office for his personal political gain and compromise of national security and sovereignty. He allegedly did this by pressurizing the president of Ukraine to investigate his political rival, former vice-president Joe Biden, who is also the frontrunner among the Democrats for the next year’s presidential election. Trump is accused of withholding of around $400 million in military aid to Ukraine and allegedly offered the aid in a quid pro quo to open the investigation against Biden.

According to Pelosi, “The president abused his power for his own personal political benefit at the expense of our national security by withholding military aid [to Ukraine]”. After a whistleblower filed a formal complaint, Trump accepted that he did call newly elected Ukrainian president Volodymyr Zelensky in July. However, he denied that he had done anything wrong as charged by the Democrats.

On December 4, four legal and constitutional experts presented their opinions in front of the House judiciary committee during its ongoing public hearing. Three of them, who were called by the Democrats, argued that there is a strong case against Trump for impeachment whereas the fourth expert called the case premature and slipshod.

If the House of Representatives does approve the articles of impeachment, the final phase of the process could begin in the Senate by early next year.

The impeachment process in a nutshell

According to Article II of the constitution, a president can be removed from office by the Houses of Congress if found guilty of “treason, bribery or other high crimes and misdemeanors”. These are vague references. However, the initiation of impeachment proceedings often has its own political dimensions. In almost three centuries of American history, Trump is just the fourth president facing impeachment.

According to the article I of the constitution, House of Representatives has the “sole authority” to impeach the President. In the House, the intelligence and judicial committees have the crucial roles of investigating the allegations and drafting the articles of impeachment which is similar to a formal resolution stating the specific charges against the accused.

These committees, based on the method of investigation and public hearings, can build the case and present it in front of the full house. If a simple majority of the House of Representatives accepts the Article of Impeachment, the president stands impeached.

Given the fact that the Democrats have 233 out of 435 members in the House, impeachment is certain. However, irrespective of the results of the impeachment process in the House, a president cannot be removed from the post until a formal trial is conducted in the Senate which is presided by the Chief Justice of the US Supreme Court. During the trial, senators act as a jury. The president can only be removed from the post if two thirds of the members of the Senate vote for it.

The Republicans have a clear majority in the Senate with 53 members against the 45 of the Democrats. There are two independent members aligned with the Democrats. Since, a successful trial needs two-thirds majority, it is very unlikely that Trump will be removed from the post.

In case of the removal of the president, the vice-president completes his/her remaining term.

Though impeachment inquiry has received substantial attention in the media, it is not clear how it has impacted the electoral prospects of Trump. Presidential elections are due in less than a year and most opinion polls show that Trump’s popularity ratings have not changed in any significant manner after the announcement of the inquiry.

According to a comparative study of all polls published on the website FiveThirtyEight.com on December 5, Donald Trump’s job approval ratings have remained by and large the same since the beginning of the year at 43%. Though it is lower than the 46% he had in April this year, it is much better than his approval ratings in the first year, which was often below the 40% mark. In fact, Trump’s approval ratings are similar to that of Obama’s in the third year of his first term.

Unlike Democrats who are divided between half a dozen candidates with the most popular one  having the support of around 20 to 24% of the party voters, among the Republicans, more than 80% of voters favour Trump. According to an Economist/YouGov opinion poll conducted in the first week of this month, a majority of voters do not give much credence  to the allegations of quid pro quo against Trump.

It is no wonder that Trump has completely ignored all calls for cooperation in the impeachment inquiry so far. He looks confident and does not want to give Democratic campaign any legitimacy. It seems this strategy is working for him. It is possible that the Democrats’ Trump-centric campaign may actually benefit him.

The fact that the Democratic establishment has failed to focus enough on key domestic and international failures of the Trump administration, including unemployment, inequality, race and class violence and warmongering, and has instead focused on an issue which has hardly any real impact on the ground shows its inability to read the political situation at the moment.