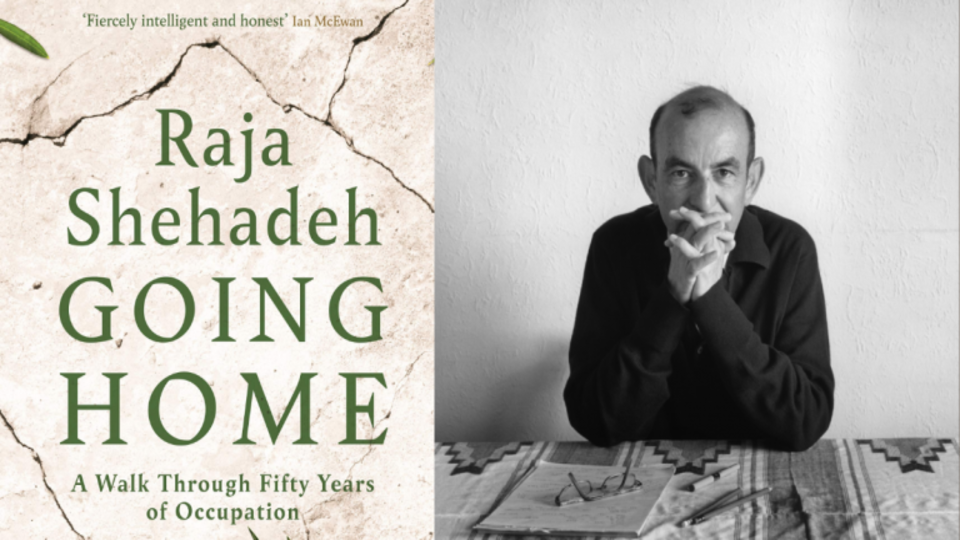 In his book, Raja Shehadeh chronicles the Israeli occupation and the fightback.

Walking the streets of Ramallah on the fiftieth year of the Israeli occupation, in Going Home: A Walk Through Fifty Years of Occupation, Raja Shehadeh records the changing face of the city he calls home. Strolling along the streets, he visits and remembers the places, people and events in his life and tells their stories and what has happened to them. The book also evokes how the city grew and developed, revealing the changing aspects of its culture as forces, from consumerism to growing right-wing Zionism, shape its geography as well as people’s daily lives and politics.

In this conversation with the Indian Cultural Forum, Raja Shehadeh talks about the changes within Israeli society, the extreme rightward shift in Israeli politics, the increasing similarities between Palestine and Kashmir today, and more. Raja Shehadeh is a leading Palestinian writer. He is also a lawyer and the founder of the pioneering Palestinian human rights organization Al-Haq. Shehadeh is the author of several acclaimed books, including the Orwell Prize-winning Palestinian Walks, as well as Strangers in the House; Occupation Diaries; Language of War, Language of Peace; A Rift in Time and Where the Line is Drawn. He lives in Ramallah, Palestine.

Indian Cultural Forum (ICF): In the book, you write: “After fifty years of trying, we have not succeeded in forcing Israel to end its occupation … All we could do was bring Israel to self-destruct.” You also say later, ”we have certainly not won, but neither have they.”

How do you see the changes within Israeli society in these 50 years of occupation and the decided extreme rightward shift in Israeli politics? We have seen months of unstable governance, prompting a competition between Netanyahu and Gantz on who could be more Zionist. There have been talks of the annexation of the West Bank, airstrikes on Gaza. What does this say about Israeli society and where it is headed?

Raja Shehadeh (RS): I must first make it clear that the Israeli society has not been one where democracy and the rule of law were enjoyed by the entire society. The Palestinian citizens of Israel have always been discriminated against and denied the rights accorded to Israelis of Jewish faith.

Yet, the military occupation, which is now in its 53rd year, has contributed to weakening the legal system and to bringing the Israeli society closer to an openly apartheid state than has ever been the case previously. One of the consequences of following a policy of gradual annexation of the occupied territories and open violation of international law has been the undermining of law in pursuit of what is deemed more vital ideological objectives of settling what is called the Land of Israel. In the process, those Palestinians living in the 1967 occupied territories are denied basic rights, deprived of their property, confined to small areas and suppressed. The further brutalization of this society is evident by the fact that a Netanyahu government can carry out airstrikes against Gaza, as it did earlier this month, and in the process, kill scores of Palestinians (eight members of one family were killed by one of these strikes) purely for narrow political objectives without arousing general condemnation by the society at large.

ICF: “The shuttered shops became our pride, the forced opening by soldiers a personal insult and attack on our collective will. The heroism and solidarity of the shop owners was carefully monitored and commended.”

Your discussion on the spirit of the first Intifada, people’s unity, their defiance, inevitably leads us to think about Kashmir in the last four months, as it has been under a severe state-led crackdown after having its special status revoked. An Indian diplomat in the US recently spoke of following the “Israeli model” in Kashmir. And this is just one instance of the increasing similarities between Palestine and Kashmir today. What are your thoughts on this and what could be a way to respond to growing collaboration between India and Israel, which includes arms trade and security cooperation?

RS: Israel is attempting to prove that popular resistance notwithstanding, and regardless of taking action in violation of International law, it has been successful in carrying on with impunity and been successful in ruling over a disenfranchised population living in the occupied Palestinian territories, taking over their land and making it available to the population of the occupier. It has also succeeded in doing so impervious of the condemnation of the rest of the world.

The instruments used in waging this seemingly successful colonization that Israel has been promoting and selling to India include surveillance equipment, drones, night vision, more harmful teargas and other crowd control mechanisms.

But this does not tell the whole story because regardless of these methods and sophisticated instruments used, it has not been possible for Israel to violently suppress the spirit of struggle for justice and independence in Palestine. The same can be said of Kashmir. The struggle continues.

ICF: Ramallah, the city where you live and where many of your walks start, has been propelled into the center of events since the beginning of the occupation. While it has been a bubble of sorts with the Palestinian Authority Headquarters, international organizations, everything centered around there, it recently saw wide protests against the PA and its security cooperation. What are your reflections about this city and its transformations over the years?

RS: The full answer to this question is in the pages of my book, Going Home: A Walk through Fifty Years of Occupation. The short answer is that in many ways Ramallah has succeeded despite all attempts at making life as difficult as possible to celebrate the spirit of freedom and resistance through sumoud [perseverance] over the years using different ways of struggle from civil disobedience to harnessing the power of culture.

ICF: The 50+ years of occupation have changed the landscape of the West Bank irrevocably, perhaps. It has seen war, settlements, the apartheid wall, division of Area A, B, C after Oslo. Your walks map these changes and erasures poignantly. But the Palestinian resistance draws its metaphors and resilience from the land itself. While there is loss, what can we say about what is left and what can still be built for the future?

RS: Perhaps the most poignant inspiration that the Palestinian experience of struggle can provide is that against as powerful an adversary as Israel with its strong international support, the Palestinians, abandoned by the Arab states and by the rest of the world, never gave up on freedom and liberation. Their endurance in the face of seemingly insurmountable obstacles has been legendary and will for a long time serve as an inspiration for many struggling nations.