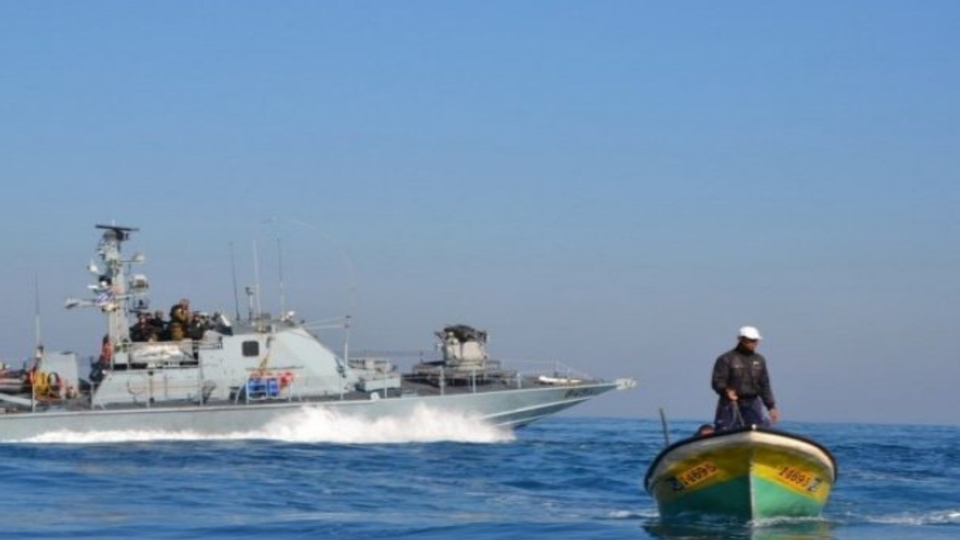 Israeli navy vessel off the coast of Gaza.

Several Palestinian fishermen were attacked at sea by the Israeli navy in the early hours of Wednesday, December 11. Despite the fact that the Palestinians were fishing in a permitted fishing zone of the Mediterranean Sea waters, the Israelis opened fire without any cause or provocation. The attack took place off the coast of Khan Younis in the south of the blockaded Gaza strip. No deaths or injuries were reported.

This is despite the fact that under the Oslo accord of 1993, Israel must permit Palestinian fishermen to fish in the seawaters off the coast of Gaza for up to 20 nautical miles. Israel has never honored this part of the accord. Fishing was restricted to 15 nautical miles till recently. However, the Israeli military reduced the fishing zone to 10 nautical miles in May 2019, alleging that arson balloons were launched from Gaza towards Israel. As a result, overfishing in a small area for a long period of time has decreased the quantity of fish, as well as affected the quality of the catch.

A recent human rights report on Israeli naval attacks against Palestinian fishermen stated that 85% of those belonging to the Gaza strip have faced violent, and in many cases life-threatening attacks by Israeli naval vessels. The Israeli military has also imposed severe longstanding restrictions on Palestinian fishing and fishing boats, along with other equipment, due to which the economy of Gaza has suffered tremendously, resulting in extreme hardship for the civilian population.

The fishing profession in Gaza has been classified as one of the most dangerous by human rights organizations due to Israeli violence, persecution and harassment of Palestinian fishermen. The Palestinian fishermen’s association in Gaza states that there are currently 4,000 fishermen in Gaza’s fishing sector, whose livelihoods support approximately 50,000 more people.