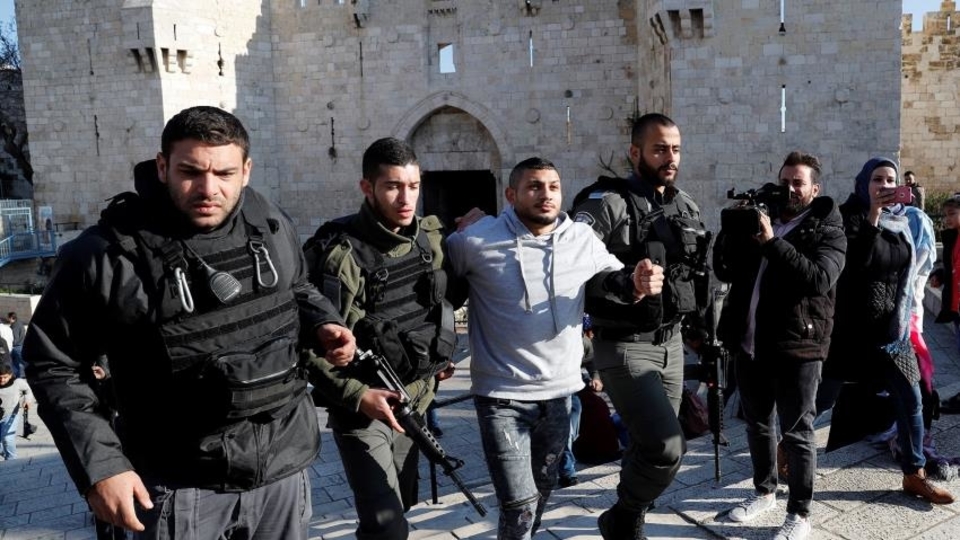 On Monday, December 16, Israeli authorities issued an administrative detention order against Palestinian woman journalist Bushra al-Tawil, for a period of four months. Al-Tawil (26) was detained last week after being taken from her family home in the town of al-Bireh, Ramallah’s twin city.

According to the PPS, al-Tawil was previously arrested on three occasions by the Israeli authorities. In 2011, she was sentenced to a prison term of 16 and a half months and was released as part of a prisoners’ exchange deal. She was re-arrested in 2014 to serve her previous sentence, and again in 2017 on the basis of secret evidence. She was released after eight months in detention, before being arrested again on December 11, just days after her father, Jamal al-Tawil, former mayor of al-Bireh, was released after serving 20 months in administrative detention. Her mother has also served time in Israeli prisons for resisting the Israeli occupation.

The Palestinian Prisoner’s Society (PPS) said in a statement that in Jerusalem the Israeli police detained three Palestinians, including the representative of the Fatah movement in the city, Shadi Mutawar. The others detained in Jerusalem were identified as activists Majdi Abu Ghazaleh and Areen Zaaneen. The house of a third activist, Amer Awad, was also raided by the Israeli forces. As Awad was not present at his residence, the Israeli forces handed over a notice to his family, ordering him to turn himself in for interrogation.

The Urub refugee camp north of Hebron, in the occupied West Bank, and the Bani Naeem village lying east of Hebron, were also raided by the Israeli security forces on Sunday, resulting in the arrests of a total of five Palestinian men, one of whom had been recently released from Israeli detention. Israeli forces had last week arrested and detained close to 20 Palestinians in a number of raids in the occupied West Bank and East Jerusalem.

A prisoner is not just a number

On Sunday December 15, Palestinian activists had launched a social media campaign using the hashtag #الأسير_مش_مجرد_رقم(#A prisoner is not just a number) to raise awareness about the plight of Palestinian prisoners and to highlight their personal lives and life stories. A former prisoner who is currently a student, Iyad Abu Seneina, told reporters, “This campaign has been started by a number of volunteers. Usually the individual cases of prisoners are only the business of their families. Individual prisoners are only mentioned in the media on the days they are arrested and the days they’re convicted, but we as activists want to spread awareness of their cases.”

He added that the English language version of the campaign would also be launched soon, emphasizing its necessity owing to the fact Israel “portrays itself as a democratic state, and there are people in the world who think Palestinian prisoners are arrested because they commit crimes when the truth is that they’re arrested for defending the Palestinian cause.”