The humanitarian tragedy in Colombia continues. In the past five days, too many families and communities have been shaken by the loss of loved ones who were targeted because of their commitment to fighting for peace and justice in the country.

Despite constant demands from movements to the government to take measures to protect the lives of social leaders, assassinations continue to occur with impunity.

Early on Christmas morning, while Reinaldo Carrillo Vera was celebrating with his family, three armed men came to his home on motorcycles and shot at him. He was immediately taken to the hospital where succumbed to his injuries.

34-year-old Carillo Vera was a leader of the National Association of Peasant Users of Colombia (ANUC) in the Huila department. ANUC is a historic organization that fights for peasant and land rights and has suffered constant persecution and violence throughout its over 50 years of existence.

Lucy Villareal, a 32-year-old mother of two, graduated from the University of Nariño in Visual Arts on December 21. She was an artist, activist, cultural worker and human rights defender. She worked with different artistic and human rights collectives in the region and gave workshops in dance and culture to children and community members.

On Sunday, December 22, she traveled to the Variante village in the Tumaco municipality to inaugurate “Women, south and life,” an interactive art exhibit at the public library. The exhibit is dedicated to highlighting the work of women leaders in the region, especially related to the defense of human rights.

After conducting a workshop with children in the town on December 23, she began her trip home to spend Christmas with her mother and two kids. However, a hitman followed her to the highway where she was waiting for her bus and fatally shot her.

The assassination of Lucy evoked widespread condemnation from Colombian activists and politicians. Her mother, Luchita Herrera, wrote, “With this attack, they did not just take away the life of a cultural leader but are attacking the entire artists’ collective in Nariño that works with art to build the social fabric. The best reparation is to know the truth, to have justice, and no repetition. #NotOneLess”

The left-wing governor of Nariño, Camilo Romero, tweeted, “This is too much wickedness! They assassinated #LucyVillareal, leader, cultivator of carnaval and defender of life. It was done after she had conducted a workshop with kids. The sadness is immense. This news tarnishes Christmas. Solidarity with her family members. #NoMore!”

The Colombian media organization, Caracol, highlighted the fact that eight days before her assassination, social leaders in the region had begged the minister of defense during a public event to increase protection for leaders. Their representative had said, “Mr. Minister I do not want to take too much time, but as this corresponds to you, as the leader of this community I want to ask you to assure our safety, in the sense that we as leaders are being threatened, we as leaders have been abandoned.”

On December 23, Ender Ravelo Jaimes was talking to his partner at a store in Tibú in the Norte de Santander department, when two armed men entered and shot him several times, killing him instantly. The perpetrators escaped almost immediately on a motorcycle and Ravel Jaimes’ partner was taken to a hospital.

Ravel Jaimes was a former combatant of the Revolutionary Armed Forces of Colombia (FARC) and was taking part in the Special Jurisdiction for Peace (JEP) process outlined by the Havana Peace Accords.

The Verification Mission of the United Nations in Colombia said on October 25, 2019 that 158 former FARC combatants participating in processes of reintegration have been assassinated.

Jairo Ortíz was an Indigenous land protector and a member of the Indigenous guardia of the Nasa Indigenous reservation in the Río Negro municipality of the Huila department as well as the Regional Council of Huila (CRIHU). According to a denouncement by the Regional Indigenous Council of Cauca (CRIC), on December 21 at around 5:30pm, Ortíz was chased down by unidentified armed men. When he attempted to take refuge inside a gasoline station, his attackers fired at him through the window and shot him in the head twice. He died shortly after.

Following his assassination, the Indigenous community in the area sounded the alert to catch those responsible. However, their efforts were thwarted by threats and violence from armed groups. On December 22, around 1 am in the morning, the vehicles of the regional coordinator of the guardia and of CRIHU were attacked with firearms and two members of the guardia were injured.

According to the National Indigenous Organization of Colombia (ONIC), in 2019 alone, at least 135 Indigenous people have been assassinated, including Indigenous authorities and members of the Indigenous guard.

Natalia Jiménez and Rodrigo Monsalve were travelling to Palomino, a beach town in La Guajira department, for their honeymoon when they were stopped by unknown armed men on December 20. The moment she saw the armed men, Jiménez called her parents who heard the commotion and death threats before the call was cut off.

There was no further information about the couple until December 23 when their bodies were found with their heads hooded, hands tied and gunshot wounds on the back of their heads.

Jiménez was an ecologist who worked in an environmental foundation on a project to conserve Colombia’s rivers alongside the communities.

The people of Colombia have been mobilizing for the past month in a historic national strike against the government of Ivan Duque. One of the central demands of the mobilization is that the government take concrete measures to stop the genocide of social leaders, human rights defenders and ex-combatants. Since 2016, when the peace agreements between the government and FARC were signed, over 800 such people have been killed. 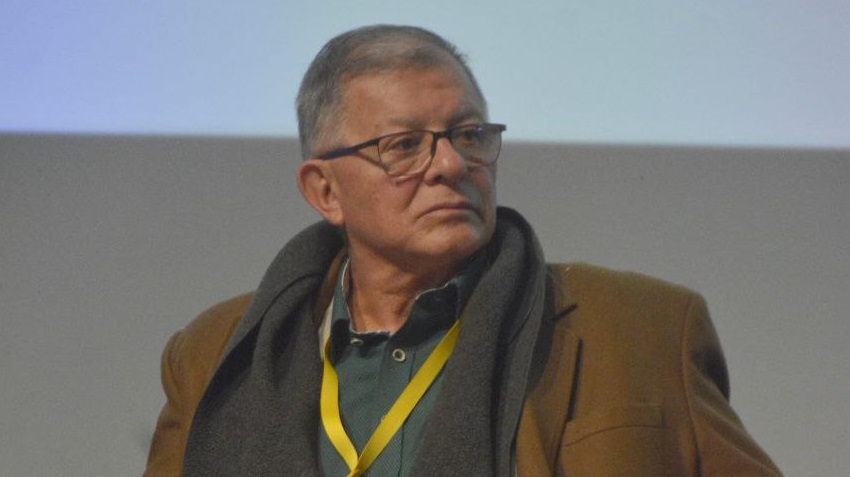