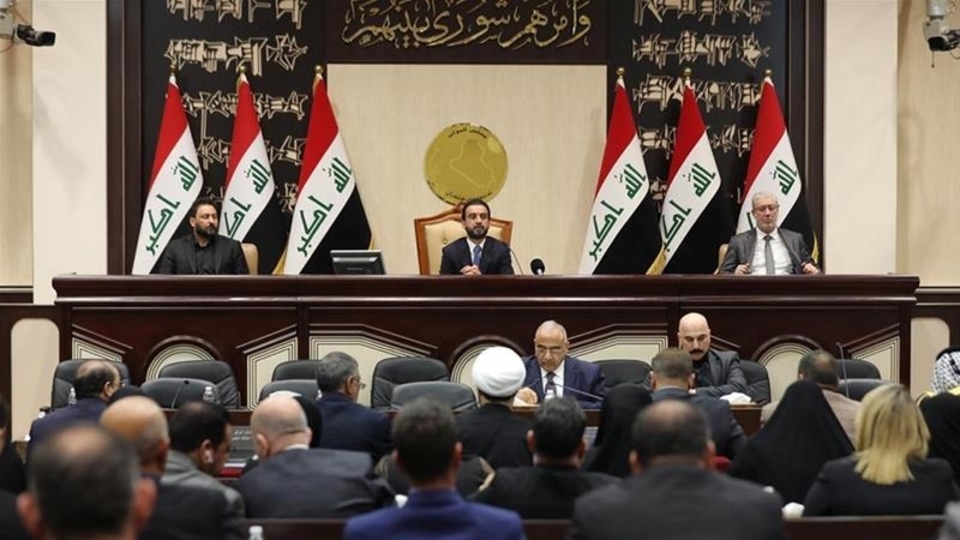 Iraqi Parliament discussing a resolution asking the withdrawal of US forces from the country. (Photo: Reuters)

US president Donald Trump has been issuing a flurry of threats against Iran, asking it to desist from retaliating against the assassination of major general Qassem Soleimani in Iraq on Friday, January 3. Trump claimed that the US is ready to attack crucial cultural sites in Iran, if his warning is not heeded.

As per the United Nations’ resolutions of 2017 and the 1954 Hague Convention for the Protection of Cultural Property, attacking a cultural site is a war crime.

Trump also threatened strong sanctions against Iraq if the country’s government asked for the withdrawal of all foreign forces. The Iraqi parliament on Sunday, January 5, passed a resolution calling on the government to initiate withdrawal from an agreement that allows these troops to remain in the country.

The special session of the parliament was called by caretaker prime minister, Adel Abdul Mahdi, and adopted a resolution which stated that “the Iraqi government must work to end the presence of any foreign troops on Iraqi soil and prohibit them from using its land, airspace or water for any reason.”

Mahdi had asked for the special session in the aftermath of the US airstrike near the Baghdad international airport on January 3, which had killed general Soleimani, a senior leader of Iran’s Islamic Revolutionary Guards Corp (IRGC) and the head of its international wing – the al-Quds forces. A deputy commander of Hashd al-Shaabi (Popular Mobilization Forces or PMF), Abu Mahdi al-Muhandis, was also killed in the attack. The PMF is a semi-official militia that played a critical role in the fight against the Islamic State or Daesh in 2017.

General Soleimani was in Iraq to discuss the de-escalation of tensions between Saudi Arabia and Iran following the drone attacks on Saudi Aramco facilities by the Houthi forces in September 2019. While Saudi Arabia and the US have blamed Iran for the attack, the latter has denied all such allegations. Mahdi claimed that he was mediating the de-escalation process between the two countries.

There are around 5,200 US troops legally stationed in Iraq. The law sanctioning their presence was passed in 2008 by the Iraqi parliament that was formed under US occupation after the overthrow of the Saddam Hussain government in the US-led invasion of 2003.

The demand for withdrawing US troops from the country is not new. Muktada al-Sadr, leader of the Sairoon Alliance in the Iraqi parliament, and a major Shia leader, has even called the recent resolution passed by the Iraqi parliament as being inadequate. In a letter to the parliament, Sadr has listed out a set of demands that includes the closure of the US embassy in Iraq, immediate cancellation of all security agreements with the US, and the expulsion of US troops from the country in a “humiliating manner,” Al-Jazeera reported.

However, not all groups in Iraq support the move to expel the occupying forces. Some of the Kurdish and Sunni groups in Iraq have expressed apprehensions about a complete US withdrawal.

Does the US really need another oil pipeline?