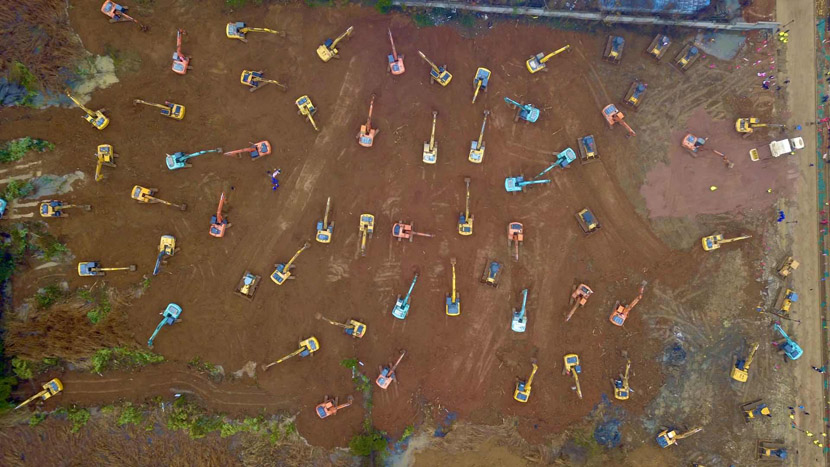 Chinese central and local authorities in Wuhan have built a 1000-bed hospital in a mere 10 days, and are building another one.

For the first time, on three successive days, the number of new cases of the novel coronavirus (2019nCov) has dropped below 4,000, as against earlier daily figures exceeding this number. The comprehensive measures the Chinese authorities have taken to slow down the transmission, along with the larger availability of diagnostic kits, has now started to bite. Wuhan in Hubei province still continues to be the epicenter of the new coronavirus epidemic: about two-thirds of the total infected in China are from Hubei. As of date, 564 people (6th February) have died of the virus, largely the elderly, those whose immune systems are weaker, or who were already suffering from other inflammatory diseases like diabetes or asthma.

Most people have mild cases of flu-like symptoms, and except for Wuhan, where the health system had been initially overwhelmed, the mortality rates are 1-2%. This confirms that though this virus is spreading faster than the 2002-03 SARS virus, it has a much lower mortality rate.

Chinese researchers have now identified pangolins (scaly ant-eaters) as the intermediate host between the original bat virus and the final human host from which the disease spread. The scales of ant-eaters are used in Chinese medicine.

While the virus scene in China seems to be improving, we need to watch how much it is spreading in other countries and the danger of a global pandemic. The last global pandemic was the H1N1 swine flu epidemic that originated from the US-Mexico. According to the Centre of Disease Control (CDC), in 12 months — April 2009-10 — there were an estimated 61 million cases, 274,000 hospitalized and about 12,500 deaths in the United States. The worldwide numbers are harder to estimate, as a number of countries did not have the necessary tools to confirm the infections.

The WHO had designated H1N1 in 2009-10 as a pandemic and asked for a much higher level of monitoring and travel restrictions than now. While there are fears that the 2019nCoV might grow into a pandemic with more countries reporting infections, as yet it is seen by the WHO to be under control.

There are two kinds of responses we see on the new virus outbreak in China. One is the conspiracy theorists and wackos who come out every time any such event occurs. In the age of the internet, with its fake news ecosystem, we have all kinds of rumors and claims — from bioweapon going awry to a Melinda and Bill Gates conspiracy to sell vaccines and new medicines.

The other — and its is the more sinister one — is leading news outlets in the US using the novel virus outbreak to attack China and its social system. This media campaign against the Chinese appears to dovetail with the US trade war on China, and its strategic view that China as a “revisionist” power needs to be contained militarily.

What is downright nasty about this campaign is the racist nature of the attacks — how the Chinese eat bats and snakes, and this is the reason for such virus outbreaks in China. As “proof”, a Chinese woman is seen in a video (yes it became viral as such things do on the internet), eating bat soup with relish. What was left out is the Chinese woman is Weng Mengyun, a well-known travel host, and was showing the exotic food in Palau, a Western Pacific island group. The Chinese do not eat bats, and in any case no virus would survive if the food is well cooked!

This attempt to vilify Chinese eating habits even forgets — or shall we say purposely overlooks — that avian flu or swine flu occurred because we have domesticated pigs and chicken: such flu infections are a consequence of the domestication of wild animals and birds, not eating wild game! Attacks on Chinese, racial slurs and the imposition of travel bans and travel restrictions far beyond what the WHO has recommended, are also indications of the racial and political nature of the attacks.

The local authorities in Wuhan were initially overwhelmed by the magnitude of the outbreak. The Chinese government was quick to acknowledge this, and rapidly ramped up medical support, both in terms of personnel and medicines and other medical supplies such as masks. The key problem was a shortage of critical care on a scale that Wuhan had never experienced. The Chinese central and local authorities have built a 1000-bed hospital in a mere 10 days, and are building another one. They also made available another 12,500 beds to house those confirmed with the new virus in other hospitals, and converted gymnasiums, warehouses, etc.

The key problem they are now facing is having medical personnel who can provide critical care for those who have severe cases of the illness. This is specialized knowledge and is now being provided by thousands of doctors and nurses from other parts of China. Not surprisingly, some of the more severe infections and even deaths have occurred among the medical personnel treating those who are seriously ill.

In this context, the western media is highlighting the case of Dr. Li Wenliang, a 34-year old ophthalmologist with the Central Hospital of Wuhan, who died due to this virus. He had originally flagged the possibility of a new SARS-like outbreak on Chinese social media and had been — according to Western media — chastised for rumor mongering. The National Supervisory Commission, the highest anti-corruption body in China, has dispatched an inspection group to Wuhan to thoroughly investigate issues related to Dr. Li Wenliang.

Apart from treating those who are ill, the Chinese have also moved rapidly on isolating the disease. The scale of the quarantine — both in numbers and on a geographical scale — is simply unprecedented. It has been followed up by identifying the genome sequence, and by putting it on a public database accessible to all. Dr. Michael Ryan, WHO’s Executive Director for Health Emergencies, in a press conference on January 29th, called it “probably the most rapid characterization of a novel pathogen in history and that was shared immediately. Multiple sequences were shared immediately on global platforms and that is what has allowed a lot of the diagnostics to be developed.”

Till date, genome sequences of more than 50 patients have been put up by the Chinese, helping a much faster deployment of diagnostic kits and now rapidly developing genetically engineered vaccines. In their current form, vaccines have a development cycle of 4-6 months and a deployment time of about a year. They do not help in containing an epidemic, but only help in containing repeat infections once the epidemic has burnt out. This time, the ability of the Chinese to slow down the transmission by the drastic measures they have taken, and the Chinese society’s trust in their government, have given the world a breathing space that we did not have earlier. In addition, we also have new genetic engineering tools to develop vaccines much faster.

Instead of appreciating the Chinese efforts, the leading news outlets have focused on stray criticism within China, and amplifying it to argue how the Chinese system — dreaded socialism — or authoritarianism as they call it, is to blame. This is completely out of sync with what the global health authorities are saying. This is after all not surprising. Remember the New York Times or the Washington Post, supposedly the most authoritative news sources, and their record on Iraq? The weapons of mass destruction that Saddam Hussein “undoubtedly” had, even when the UN weapon inspectors repeatedly said that there was no evidence of any weapon of mass destruction in Iraq, let alone nuclear weapons. Instead, yellow cakes from Niger, the dirty dossier of the United Kingdom, the private intelligence apparatus built by Cheney and Rumsfeld within the US intelligence system were presented as truth; or shall we say true lies?  Remember aluminum tubes and mobile test laboratories — yes the ones we need to monitor people and even stop epidemics — were shown as proof of Iraqi WMDs?

One of the reasons that the number of cases are now dropping is simply the enormous faith that the Chinese people have shown in their government and their discipline. They have followed the instructions, worn masks, have remained indoors, have quarantined themselves if known to have come in contact with somebody suspected of an infection, provided information and gone to health centers. Pictures of bustling Shanghai and Beijing are now replaced with very few people on the streets, deserted malls and empty eateries. The Chinese government has the trust of its citizens, and it is this trust that is paying them the social dividend that it needs to control this epidemic.

I would like to conclude with what in the press conference quoted above, WHO’s Dr. Ryan said, “Personally I think myself and the Director General have never seen the scale and commitment of an epidemic response at this level in terms …The challenge is great, but the response has been massive and the Chinese government deserve huge credit for that response and for the transparency in which they have dealt with this.”

Some of the brickbats that western media and the governments are hurling at the Chinese is racist. Most of it is a continuation of the new cold war that Trump and co. have unleashed on China. Objectivity is the first casualty of war, irrespective of whether it is hot or cold. 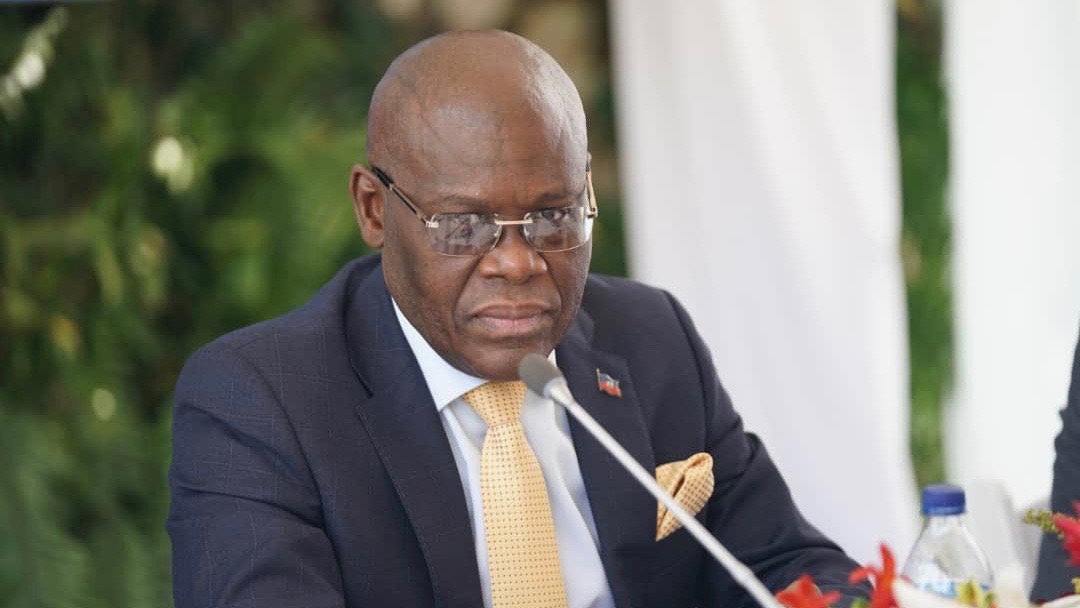 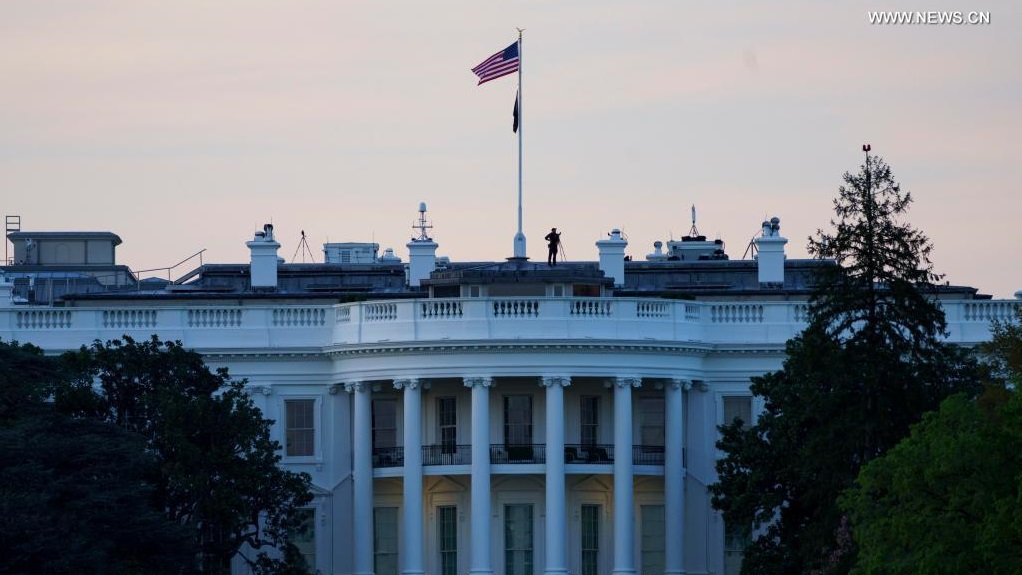