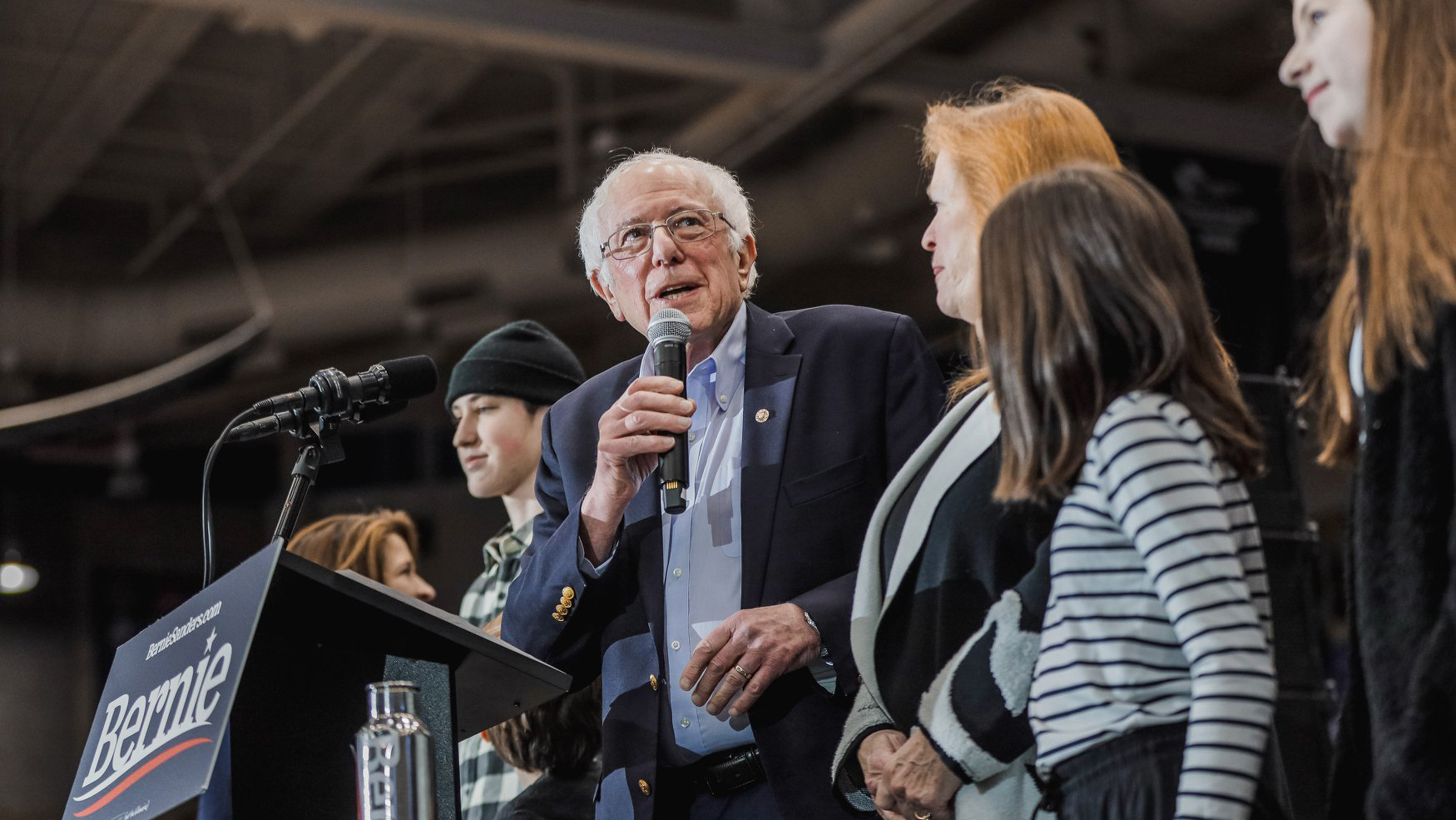 Bernie Sanders speaking to his campaign rally after results show him to be leading in New Hampshire. (Photo: Bernie Sanders/Facebook)

As the Democratic Party in the United States concludes its first primary in the State of New Hampshire, Bernie Sanders continues to be the leading candidate in terms of popular votes with his campaign on the platform of the left-leaning factions within the party. Sanders secured over 25.7% of the total popular votes and 9 out of the 24 pledged delegates for the Democratic National Convention (DNC), tying with runner-up candidate Pete Buttigieg. Delegates are chosen by the voters, and the candidate with the most delegates wins.

The Democratic Party, which represents the opposition to president Donald Trump and his right-wing Republican Party, is undergoing an internal party election- called the primaries- to choose its nominee for the presidential elections scheduled to be held later this year. The party has recently concluded its primaries in the State of Iowa through a series of closed door meetings among the members, called caucuses.

The Iowa caucuses held on February 03 turned out to be the single largest disaster in the Democratic Party’s bid against Trump, as “unexplained” glitches in the software application used to report the results delayed their declaration for over 22 hours. Even though delegates in the State have been pledged for different candidates, the State party is yet to declare an “official” winner as there is a discrepancy in the popular vote shares and the number delegates secured by the two leading candidates, Buttigieg and Sanders. Pete Buttigieg, who emerged with the most number of delegates from Iowa, was trailing behind Bernie Sanders by 1.4% in terms of popular support.

The popular support in Iowa was released for the first time this year, traditionally avoided, revealing the votes-to-delegates discrepancies [technically a candidate who wins X% of a state’s vote in the primary election should win X% of that state’s delegates]. Also, unlike previous Democratic primaries when it was rare for more than two candidates to continue their race for the DNC, after the Iowa caucuses, the ongoing primaries continue to have nine candidates. The next few State primaries will have at least five candidates, as votes are more or less evenly split among three runner-ups – Elizabeth Warren, Amy Klobouchar and Joe Biden, apart from the two leading candidates.

While Pete Buttigieg continues to lead with one delegate over Bernie Sanders, the latter’s lead over the former in terms of popular votes has only widened. Sanders has campaigned on a wide-ranging platform with promises of free and universal healthcare and college education, cancellation of USD 1 trillion worth of college debt and regulations in housing and drug pricing. Sanders has also been moderately critical of US foreign policy, and has promised to bring an end to wars and promote the use of diplomacy to deal with international problems. Multiple opinion polls and surveys have pegged Sanders as leading over other Democratic candidates, to not only secure a nomination, but also defeat the incumbent president Donald Trump.