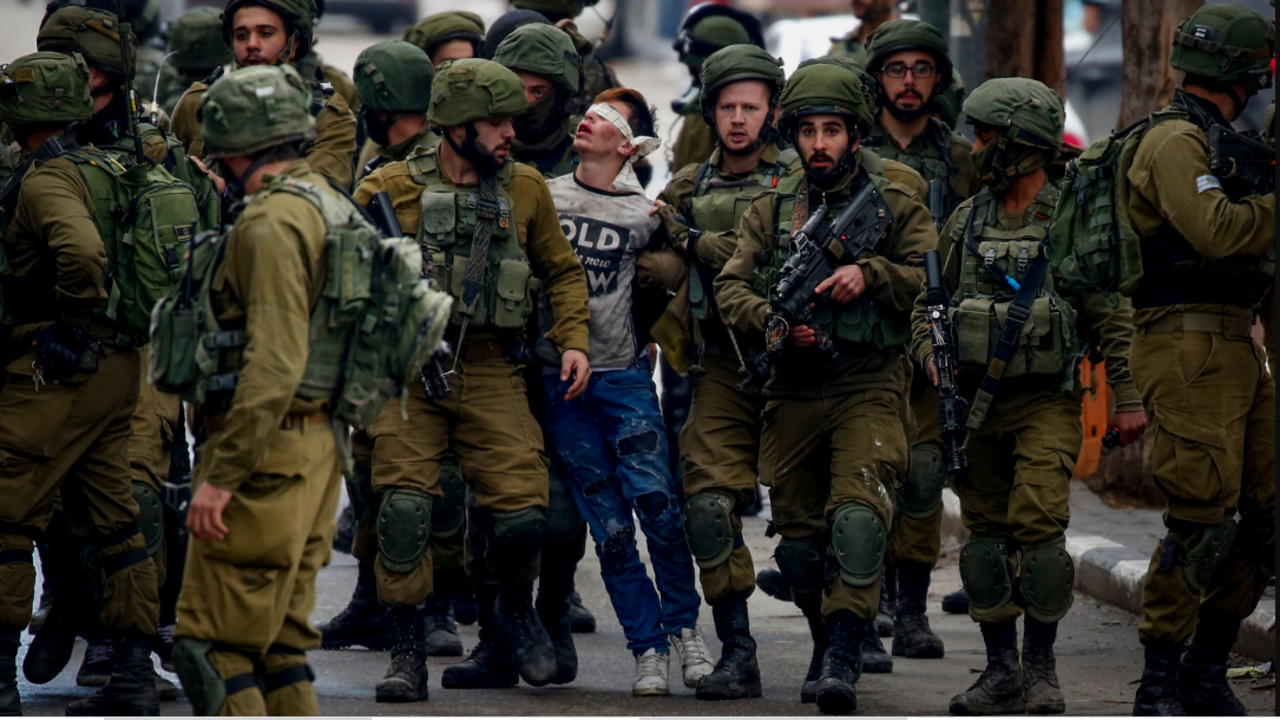 On February 6, Israeli human rights organisation B’tselem published an in-depth report on the Israeli administrative detention of Palestinian children. The report describes in detail the maltreatment faced by Palestinian children at the hands of Israeli authorities in prisons, detention centers, and in the Israeli military juvenile courts where prosecution is often rushed and without evidence.

The report states that at the end of December 2019, Israel was holding at least 186 Palestinian minors as security prisoners or detainees, with at least four of them being held in administrative detention. Israel had stopped this practice in December 2011, but after four years, in 2015, it restarted arresting minors’ in response to Palestinian protests and marches against the Israeli occupation, in which many Palestinians minors also take part.

The report chronicles the various ways in which the Israeli military justice system violates the rights of Palestinian children. It talks about how the Palestinian children undergo arrests in the dead of the night, are handcuffed, blindfolded, and  interrogated through physical and verbal violence and threats. The minors are also not allowed to meet their parents or are deliberately kept away. They are often also not allowed to see a lawyer until the day of their appearance before a military juvenile court.

According to the report, these military juvenile courts are only a “façade which, in practice, focus on authorizing plea bargains rather than examining evidence and investigating allegations”. The courts do not protect the rights of Palestinian children, the report claims. In fact, Israel is reportedly shortening the incarceration periods for minor Palestinian prisoners in order to give an appearance of respect for the protection of human rights. But, on the other hand, it has included a provision through which these incarcerations can be repeatedly extended.

One of the cases described in the report is of Hafez Zayud, a 16-year-old high school student from Jenin. Zayud was arrested on July 7, 2019 by the Palestinian authority’s preventive security service. He was released on August 9, but within the fortnight, on August 26, Israeli army soldiers and police officers invaded his home, and after conducting a search arrested him, handcuffed and blindfolded. A police officer informed Zayud’s father the next day that his son was being held in the Shomron (Salem) camp. A few days later, Zayud was slapped with a four month administrative detention order, which was reduced to three months after an appeal. A few days before his release, his administrative detention was again renewed for three months.

Similar to Zayud’s case, many of the minor Palestinians prisoners are not even aware of the charges leveled against them. They are also not allowed to receive help and assistance from their parents or lawyers. They are thus left without any chance to mount a proper defense. Their detention periods are arbitrarily and indefinitely extended, with the minors not knowing when they will be released

The B’tselem report also documents the ordeal of 17-year-old Suliman ‘Abd a-Rahman. On December 19, 2019, soldiers raided his family home in the village of Yabrud, north of Ramallah. They ordered Rahman to get dressed, and proceeded to handcuff and blindfold him, and then arrested him and took him to an undisclosed location. B’tselem spoke to Rahman’s father, Salem, who said that at around 2 pm the next day, an Israeli intelligence officer called him to inform him that his son was being interrogated at the Ofer prison and had been brought before a judge. At first, Rahman was remanded to custody for 72 hours. In later hearings, he was slapped with a four-month administrative detention order and was transferred to the Ofer prison’s youth wing. His father told B’tselem that he is still not aware under what charges his son is being held and on what date he will be released.

B’tselem claims that such practices are routine in the Israeli judicial system, wherein judges freely and liberally award administrative detention orders on the prosecution’s request, without properly looking at the charges or evidence.