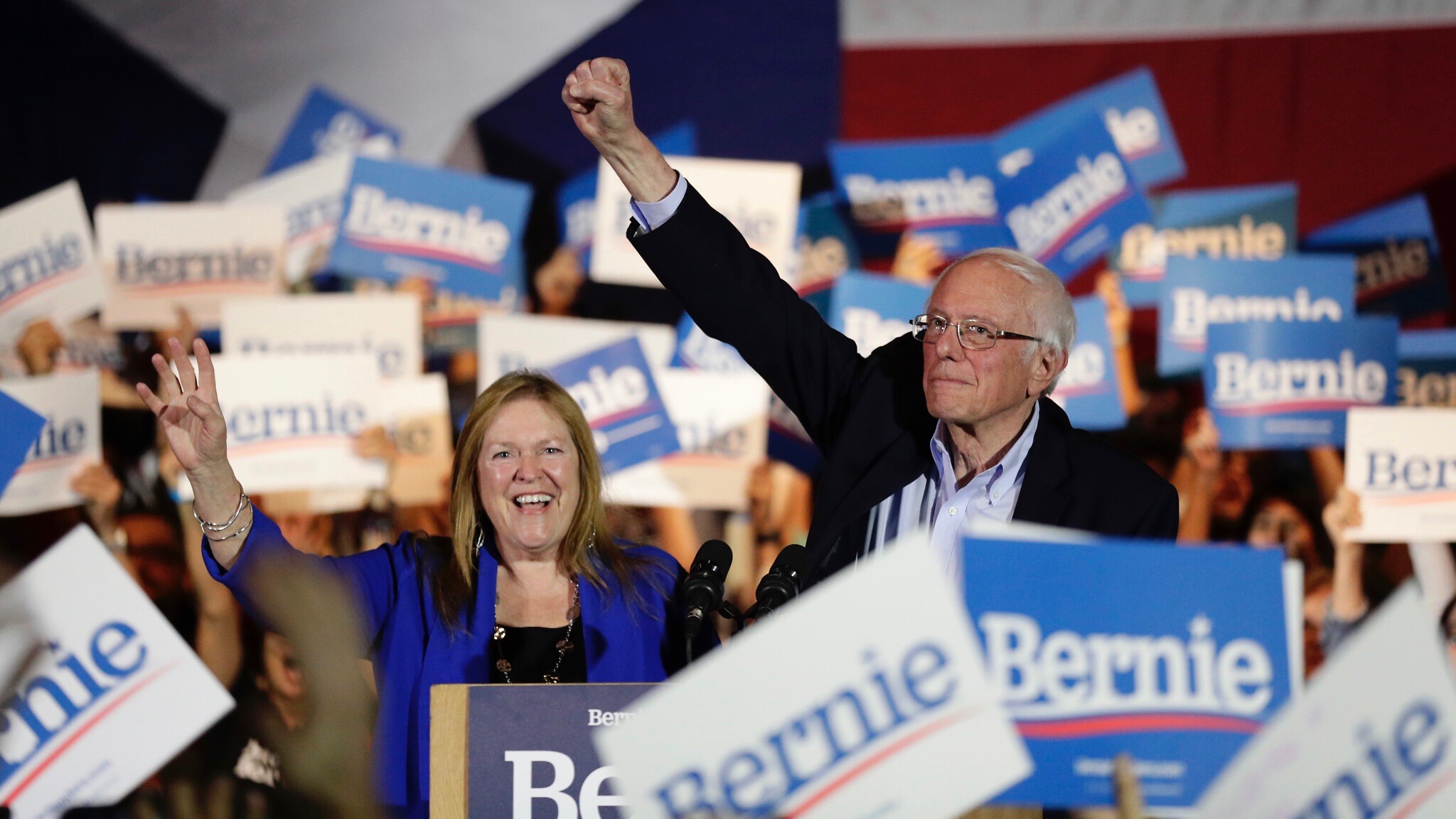 The race for Democratic Nomination in the upcoming US presidential election in November has electrified with the huge victory by Bernie Sanders in the Nevada primary on Saturday. The race has crossed a critical milestone. The primaries so far gave us a sampling of the trend in two regions of America — the American heartland (Iowa) and the Northeast (New Hampshire) — that Sanders is at the top of the heap of Democratic contenders.

The racially diverse American West (Nevada) confirms now that Sanders’ campaign is not only gathering serious momentum but he is cementing his front runner status.

For a candidate to win in Nevada, a state with diverse demographics, he or she must either capture respectable support from whites, Latinos, and African Americans (the largest demographics in the state) or sweep the board with white voters regardless of age, gender, educational attainment, and income.

The ground beneath the feet is shifting in favor of the 78-year old self-described “democratic socialist”. Sanders is already the clear favorite to win the Democratic nomination and within ten days and the Super Tuesday on March 3, when 14 states are holding primaries, including California and Texas,  he may become unstoppable.

Sanders is a remarkably consistent politician. He is not content with tinkering with the American system. Sanders won’t be content with anything less than a policy revolution — free medical care for all, free college education, a tax on the richest Americans, an end to the fossil fuel industry, a Green New Deal, an economy that is tilted away from Wall Street and that significantly redistributes power and wealth.

The big question is whether Americans really want a revolution in what President Trump thinks are such happy times with the economy doing well, the stock market soaring and employment opportunities having peaked.

Sanders is a radical candidate who seeks major structural change to America and will never pivot to the middle ground as a matter of political expediency — as Barack Obama did. His zealotry for equality is in his DNA, traceable to his childhood growing up in a working class neighborhood in Brooklyn, New York.

Many things went into the making of Sanders’s political personality — his Jewish background and his intense awareness of anti-Semitism while growing up amidst Jewish refugees who still had serial numbers branded on their arms from the Nazi Holocaust; his active participation in the civil rights movement; the “intellectual ferment” he experienced in the University of Chicago that shaped his worldview from racism to US militarism and prompted him to wage relentless struggle against an unfair system that shielded the privileged and brutalized anyone who dared to question its authority (including himself.)

A Chinese analyst at the CGTN caught the quintessence of it nicely: “Powered by a stoic heart, Sanders buckled into his progressive position through four US presidents and pushed for a series of liberal-minded reforms on banking, healthcare and immigration. Many of these reforms, however, would drown out in Washington’s enormous political vortex. Despite the regular setbacks and dismissals, Sanders went about business much like the modern American version of Sisyphus, only to be content about the seemingly impossible tasks related to changing the politics of a nation. He waited for his opportunities.”

The great opportunity may now be coming his way. Everything has potentially changed. Herein lies the significance of the Nevada victory. Sanders has shown that he would be able to attract a broad base of supporters into a rainbow coalition composed of several disparate political strands. Above all, he is tapping into the popular discontent over an economy that works great for the ultra-rich, but not for the majority of Americans.

The mainstream view is that if Sanders is the Democratic nominee, Donald Trump would somehow trample all over him. But politics is such an unpredictable affair with an inchoate alchemy that it is foolhardy to be so cocksure. The average of the findings of four of the major polling outfits in the US so far is that Sanders is currently beating Trump by over 5% — and this is despite the colossal advantage of media coverage POTUS has enjoyed while in office.

This would give Sanders a very healthy margin and would make the possibility of Trump squeezing another Electoral victory out of it significantly more remote.

Sanders’ main handicap is supposed to be the “Socialism” thing. But then he has been an unvarnished, self-confessed socialist for decades and has nonetheless been winning elections. And despite wearing the socialist label on his sleeves, he also happens to be the most popular politician in the country currently holding elective office.

Sanders appeared on the center stage out of virtually nowhere in 2015 and almost secured the Democratic Nomination but for the rigging, and even rigged, Sanders won 46% of the delegates — and that too when Hillary Clinton was probably the most popular and powerful political figure in America.

Therefore, this 78-year-old Jewish Socialist from Vermont, this progressive icon who has leapfrogged over all progressives and moderates alike to become the Democratic front-runner by a substantial margin, is a most formidable candidate in the November election. Make no mistake, this is going to be a tight electoral battle.

In a historical perspective, Sanders’ defining political legacy lies in the progressive politics that he has introduced in America. What a dramatic irony that America thought it had buried socialism by winning the Cold War, and now it faces the blow-back from socialism that threatens to undermine the very foundations of its political and economic system!

Like a phoenix rising from the ashes, socialism comes to haunt America’s ruling elites — Democrats and Republicans alike. Even Russians who have been wagering on Trump’s second term may now have to return to the abacus.

Trump vs Biden: Big businesses pump in big money in costliest ever US Election