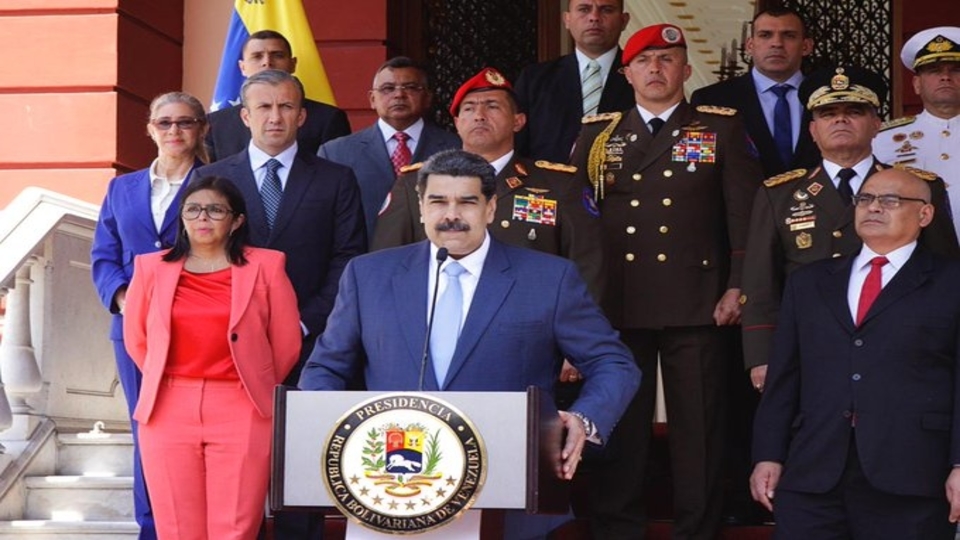 Venezuela imposed a national lockdown last Tuesday which restricted movement and stopped retail activity, except for food and drug stores

The Venezuelan government announced a series of measures on Sunday, March 22, in an attempt to protect the population from the economic effects of the coronavirus crisis.

In a live televised address, president Nicolas Maduro ordered that all commercial and residential rent, as well as all capital and loan interest payments, are to be suspended for six months.

Public and private sector workers will receive a special government bonus, and wages of small and midsize companies will be paid by the state until September. A pre-existing workplace stability decree has also been extended until the end of the year, outlawing job dismissals as a result of the quarantine.

Loan appeals by small and medium businesses are to be fast-tracked, and a special agricultural investment plan will look to guarantee the contents of the subsidized Local Food Production and Provision Committees (CLAP) food boxes for a reported seven million families. Telecommunications companies have also been barred from cutting off customers for six months.

Upon unveiling the measures, Maduro promised to use “all his power and consciousness to protect jobs” and the most vulnerable in society during the quarantine.

While grassroots organizations such as the Tenants’ Movement applauded the measures, business leaders such as Alan Celis, president of the Venezuelan Industry Confederation, claimed they “fall short”. Celis also highlighted the need to end the acute fuel shortages in the country in order to restart the economy.

The Federation of Chambers of Commerce (FEDECAMARAS) similarly criticized the government’s response, while also saying it is time for the US government to “relax or dispose of” its sanctions regime against Caracas.

Also in response to the government measures, economic analyst Francisco Rodriguez explained on Monday that US-led sanctions limit the Maduro administration’s ability to inject public funds into the economy. According to Rodriguez, the response to the virus could be improved if the country could access US $7 billion he alleged are currently blocked in international accounts.

“When international financing is blocked, [countries applying sanctions] aren’t just refusing funds to the government. Society also pays a high price, and the amount which all of the Venezuelans have to pay to confront the pandemic increases” he explained.

Last week, Venezuela had a US $5 billion loan appeal to help fight the coronavirus rejected by the International Monetary Fund. The Washington-based organization justified the move by stating that it does not have “clarity on recognition” of the Maduro administration.

The latest measures came as the country recorded seven more COVID-19 cases, bringing the total to 77, with no deaths reported as of Monday midday.

According to government spokespersons, all of the identified cases in Venezuela have been “imported” to the country, with no local transmission registered. The 40 male and 37 female patients are all reportedly isolated and are mostly located in the capital district of Caracas and Miranda State. Only two are in a critical condition, and 15 have recovered from the virus, the government claimed Sunday.

Alongside the economic measures, Maduro also told the country that 4200 more temporary hospital beds are to be incorporated into the public health system, mostly through an agreement with large hotel chains. He also assured the population that the system has “all the necessary” medical supplies to contain the virus, highlighting the recent international aid from China, Cuba and Russia.

Venezuela imposed a national lockdown last Tuesday which restricted movement and stopped retail activity, except for food and drug stores. Nearly all flights and mass transport networks have been suspended and land borders closed. Face masks are obligatory outside of one’s home, and local authorities disinfected a number of city centers over the weekend.

Over 13,000 doctors are currently carrying out house-to-house medical visits and two million diagnosis tests are due to be performed next week. Venezuelans have been asked to use the electronic Homeland Card to report symptoms.

According to government sources, 85% of the population has complied with the lock-down, and over 3,000 cases have been averted by the measure.

Finally, the government has demanded that US authorities lift unilateral sanctions against Venezuela “albeit for 48 hours” to allow for the return of 200 Venezuelans currently stranded in the United States.

According to foreign minister Jorge Arreaza, the state airline CONVIASA is ready to return the passengers, but is restricted by the US Treasury Department’s sanctions imposed in February.