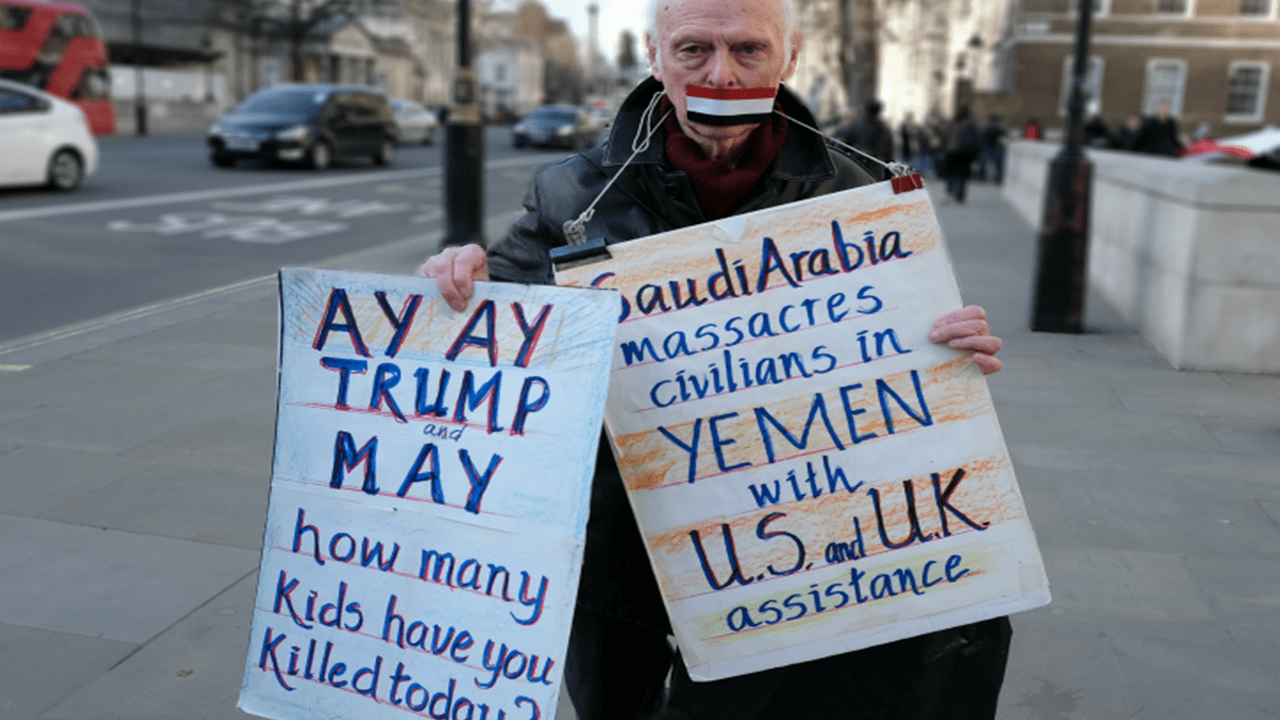 The Saudi-led intervention in Yemen entered its sixth year on March 26, amidst the threat of a COVID-19 outbreak. Started in 2015 by a Saudi Arabia-led coalition in support of Abed Rabbu Mansour al-Hadi’s government, the war has already led to the “world’s worst humanitarian crisis of the century,” according to the United Nations (UN).

The Saudi-led intervention in the Arab world’s poorest country had followed the capture of the capital Sana’a by the Houthis or Ansar Allah forces in late 2014. The Houthis alleged that the Hadi government had failed to govern the country efficiently and was involved in widespread corruption. After being unseated, Hadi first fled to the southern city of Aden and later moved to Saudi Arabia. On March 26, 2015, Saudi Arabia and the UAE, with crucial military and intelligence support from the US and other regional and international allies, began bombing the country, alleging Iranian support to the Houthis.

The past five years have seen an unprecedented destruction of lives and property in Yemen, a country which has faced internal strife and bad governance for decades, particularly after its unification in 1990. The popular revolt against the long-term rule of Abdullah Saleh during the Arab Spring uprisings had failed to bring any meaningful change to Yemen due to the Saudi-led Gulf Cooperation Council’s (GCC) intervention leading to the installation of a puppet president in the form of Hadi. Long-pending grievances of both the people from erstwhile Southern Yemen, as well as the Shia religious minorities in the north. were ignored in favor of the interests of the Saudis.

Saudi patronage of the Islamist Islah Party as a bulwark against both the Shia minority and the secular groups in the country’s south later provided a crucial base for fanatic groups such as the Islamic State and Al-Qaeda in Yemen. These groups used the space provided by the inefficient Saleh government to establish a strong base in the country. Saudi Arabia and the US tried to control these groups using Saleh but at the same time, used them against the progressive secular groups and the Houthis, forcing the latter to march to the capital and demand better governance. The Saudi-led coalition, which includes forces from more than 20 countries and some private militias, is also allegedly supported by the Al-Qaeda and Islamic State forces.

Soon after starting its bombings, the Saudi-led coalition imposed a comprehensive land, sea and air blockade on Yemen. For a country that depends heavily on imports of food grains and medical supplies, this had catastrophic results.

The blockade caused a severe scarcity of food and medical supplies, pushing 24 out of the 29 million Yemenis to the brink of starvation. A large number of people also became the victims of the spread of cholera and other epidemics in the country. War and bombing by the coalition forces caused the displacement of millions, making them totally dependent on humanitarian aid for survival.

Despite a global outcry and the interventions by the UN, the coalition criminally delayed the partial opening of the blockade for humanitarian purposes. This led to a further worsening of the situation. Today, the lives of more than two-third of the Yemenis are still threatened by famine.

According to the Yemen Data Project, the Saudi-led coalition is responsible for causing the death of at least 10 civilians in Yemen per day. Oxfam has reported that nearly half of the Yemeni population does not have access to clean drinking water due to the war.

As per estimates, five years of war have killed more than 100,000 people in Yemen, with civilians, mostly women and children, making up around 15% of the casualties. This is when the real number of casualties is grossly underreported.

While some estimates put the number of airstrikes at a much lower nfeumber of around 20,000, Middle East Monitor, quoting Houthi sources, reported that the Saudi-led coalition has undertaken at least 257,000 air strikes in the last five years. The coalition forces carried out more than 130 airstrikes within the first 24 hours of the first strike on March 26, 2015.

According to various reports, nearly one-third of all the airstrikes undertaken by the coalition in Yemen – for which coordinates are provided by the UK and weapons by the US – targeted civilians, including medical facilities, hospitals, food stores, water and electricity supply.

The Houthi-led resistance to Saudi Arabia’s war in Yemen has held ground and been able to significantly push back the coalition offensive. Houthi forces have been successful in taking the war to Saudi Arabia’s soil.

Houthi drone attacks, including the attack on a Saudi Aramco facility in September last year, have made the aggressors reconsider their imperialist strategy, forcing them to agree to talks.

The outcry by global anti-war movements and left political groups also forced some members of the US Congress to criticize the Trump administration’s blind support for the Saudi war in Yemen.

Meanwhile, an intra-imperialist conflict has been brewing between two of the major coalition partners – the Emiratis (UAE) and the Saudis. In late 2019, UAE withdrew its ground troops from Yemen and also allegedly supported the Southern Transitional Council or Al-Hirak fighters in an attack against its own coalition partners to capture Aden. Though a truce was later negotiated, this revealed the desperate situation of the coalition forces in Yemen. Last week, reports of forces backed by Saudi Arabia and the UAE fighting for greater control over the south emerged again. In addition to the growing differences between the coalition partners, the Saudis may soon also have to rethink their strategy in Yemen due to the rising economic costs of the prolonged war.

The risk of COVID-19 spreading in Yemen is higher given the dismal condition of health facilities in the country. Most of Yemen’s medical and health infrastructure has been destroyed in the long-drawn war. The UN has reported that only half of the health facilities in the country are currently operational. Even these do not have adequate medical supplies and trained professionals. Under the circumstances, a large-scale outbreak of COVID-19 in the country can lead to a massive loss of human lives.

Though no case of COVID-19 has been reported yet, the UN has urged all parties to agree to an immediate ceasefire, underlining the need for peace to prepare the country to face the threat.